Took this off Toffeeweb, has anyone else read it? Everyone else to blame but not him. Talks of not signing a striker but he was the manager and look at the crap he did sign. Enjoy


Ronald Koeman has cited the lack of a proven goalscorer and the weight of supporter expectation among the reasons for his failed tenure at Everton.

Hailed by majority shareholder, Farhad Moshiri, as the “Hollywood manager” to complete a northwest quartet rounded out by Pep Guardiola, Jose Mourinho and Jurgen Klopp, the Dutchman arrived at Goodison Park amid a flurry of optimism in 2016.

However, despite a spending spree on attacking midfielders and some promising results in his debut season, the Koeman regime hit the rocks just a few weeks into his second campaign at the helm and with Everton languishing in the bottom three of the Premier League, Moshiri sacked him before eventually hiring Sam Allardyce as a stop-gap appointment.

He has since taken roles as the head coach of the Netherlands national team and Barcelona where he is trying to keep the Blaugrana in touch with La Liga leaders Atletico Madrid and he has reflected on his time with the Toffees in an interview with Alan Shearer in The Athletic this week.

“It was difficult, that period, because Everton are a club — and also the fans — who expect sometimes too much. I think sometimes they are still living in the past about the great seasons that they had at Everton.

“My first season was a really good one. Romelu Lukaku scored 25 league goals and we had great home games against Manchester City, who we beat 4-0; we beat all the big ones and it was great.

“But to do the next step, that's the most difficult one. We spent a lot of money, we signed Jordan Pickford, we signed Michael Keane, we signed Gylfi Sigurdsson and some more players but the big miss was that we did not have a striker like Lukaku. That was really painful.

“We were close to signing Olivier Giroud at that time. Finally, we started with Dominic Calvert-Lewin as the No 9. At that time, he was too young, but if you see him playing now, he's really a good player and I like him.

Fat horrible mess of a man

Blokes in the past. No point getting worked up over him.

Forum Supporter
I mean, he left us with no functioning defence and no one capable of breaking into a sprint as well, but yeah a goalscorer would’ve sorted everything. 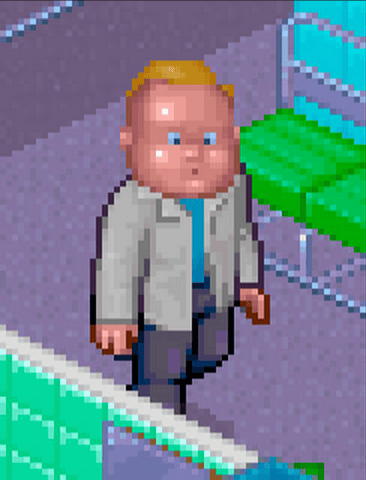 He's right on the striker situation tbf was criminal not replacing Lukaku which set us back years.

He's a bellend, but he's not wrong

ForeverBlue92 said:
He's right on the striker situation tbf was criminal not replacing Lukaku which set us back years.
Click to expand...

Yeah, unfortunately while he himself was terrible after the 1st season, nothing he has said there is incorrect, and not replacing Lukaku, buying 3 players for one position etc was a terrible window recruitment wise, and hardly helped matters.

Carloblues said:
He's a bellend, but he's not wrong
Click to expand...

So a right bellend?

Off to the inflation room with you Ronald.

Forum Supporter
I disagree I think the reason he failed was he didn't have enough players for the number 10 role.....
S

See he does not mention his christmas tree does he?

We lacked a scorer? Probably explain why we conceded at least about 2 goals a game. Good thinking.

MikeH72 said:
I mean, he left us with no functioning defence and no one capable of breaking into a sprint as well, but yeah a goalscorer would’ve sorted everything.
Click to expand...