He has to be making up those numbers. They are just fictional.
N

TheBigIguana said:
He has to be making up those numbers. They are just fictional.
Click to expand...

i doubt it; but you cant determine sigi has contributed more from those stats, they dont tell the story

A fella with an Icelandic flag in his handle.... Hmm.

TheBigIguana said:
He has to be making up those numbers. They are just fictional.
Click to expand...

He is making them up. He made a list of the top performing “CDM”’s in the league and Sigurdsson was on the list 5 separate times, split into blocks of appearances throughout the season. As if any stat aggregator would do that. Here is said list, can’t believe he went to the trouble of inventing this. There’s something badly wrong with that child. 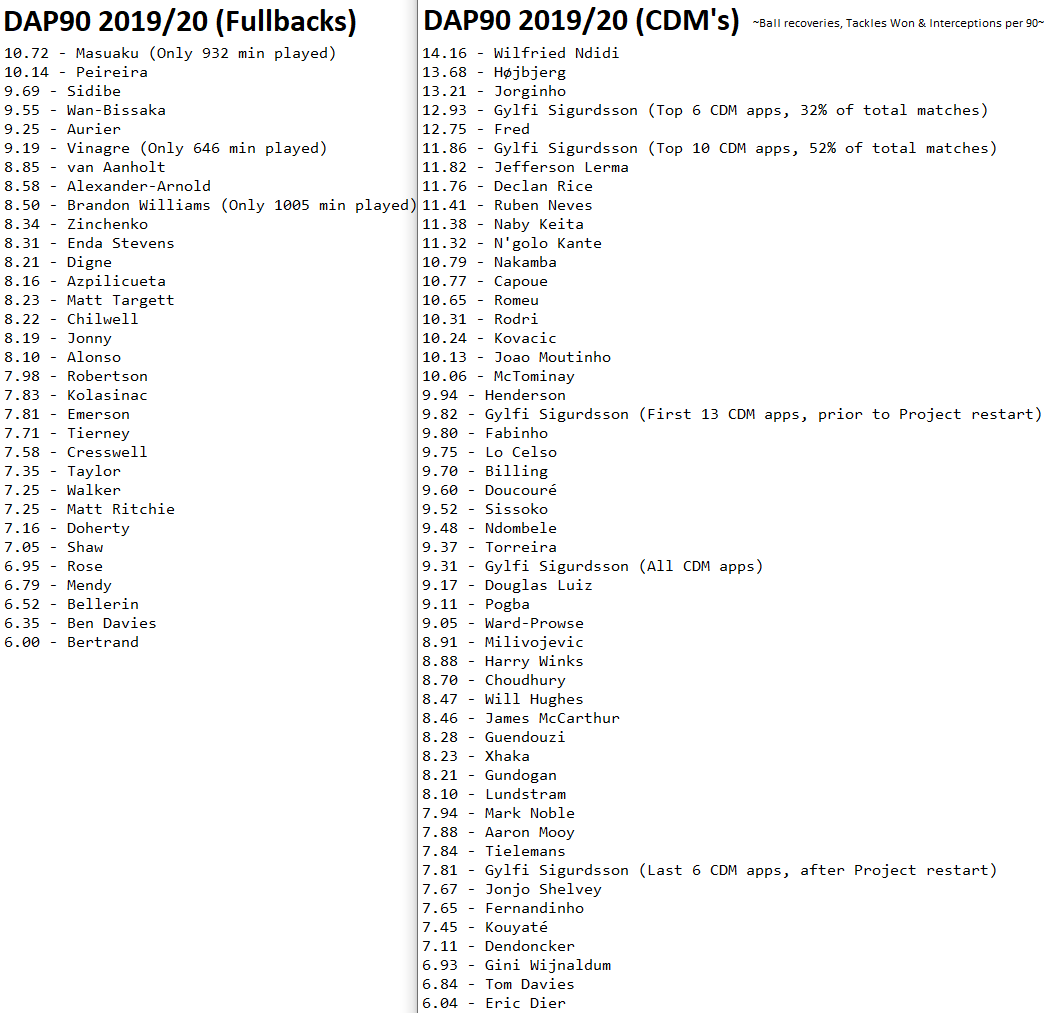 In that video, its 1 scuffed shot, 3 corners and 1 free kick out of 7 chances. Could have at least shown good examples to back up your point

The stats actually do lie, if they are made up (ie. lies).

Drico said:
A fella with an Icelandic flag in his handle.... Hmm.
Click to expand...

When you consider he’s American and a Manchester United fan it’s doubly weird.

*Goes back on hiatus*

Forum Supporter
Ancelotti knows James performs his best when he has the freedom to move around and find the perfect spaces to play the ball. 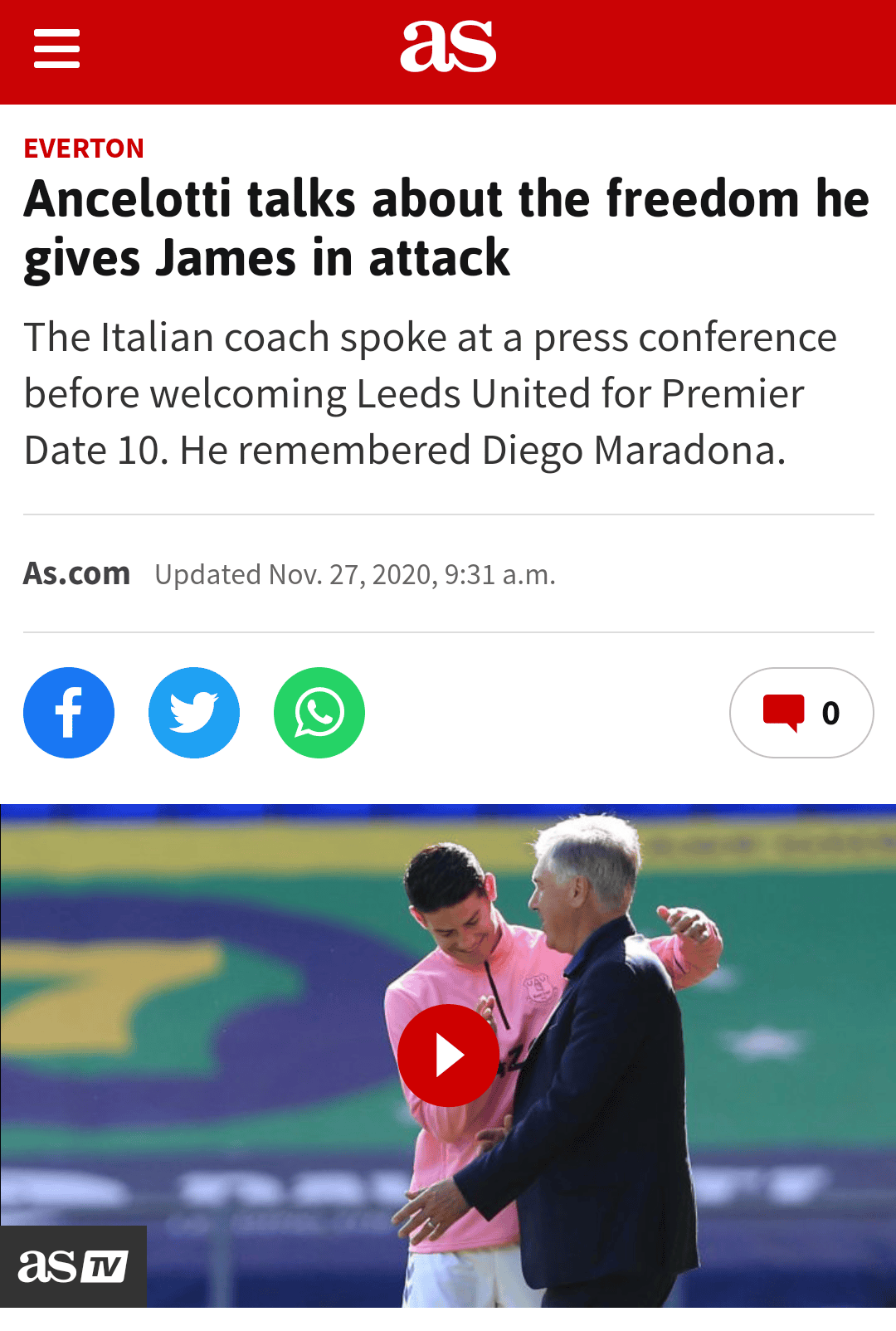 Everton will host Leeds United this Saturday at Goodison Park. The Toffees returned to victory the previous day and will look for another three points to get into positions in international tournaments. They are currently sixth with 16 units , one behind the Europa League box.

Carlo Ancelotti spoke to the English press about different subjects: Lucas Digne's injury, Dominic Calvert-Lewin's scoring level, James Rodríguez's position and the death of Diego Armando Maradona, a player he faced in Calcio and in the World Cups. from Mexico 86 and Italy 90.

"I have a good memory of him, he was my opponent and then he became my friend. He was a great man, humble. He is a great loss for football, but his memory will live on . He was the best player I played against. I keep a great memory, "said Ancelotti.

Regarding James, one of his greatest figures, the Italian coach was asked about the position in which he played last weekend in the victory against Fulham. The Colombian spent more time in the middle than on the right wing , a sector where he generally moved since his arrival in English football.

"When we have the ball there is no specific position, the position he has to cover is more defensively. He on the right and Richarlison on the left, but with the ball he tries to find a space to play it. Sometimes there are very strong marking and he tries to move to find more spaces, "explained the coach.

maccavennie said:
They better bloody put a training video up of him later.

Need my Rodriguez fix before tomorrow.
Click to expand...

But we are sacrificing way too much defensively for him to play on the right. He needs to play centrally so we can at least get a basic 2 banks of 4.

Need to switch to a 4231 or whatever to get him centrally.

Shouldn’t have passed to the absolute trash around him.

Saint Domingo said:
Shouldn’t have passed to the absolute trash around him.
Click to expand...