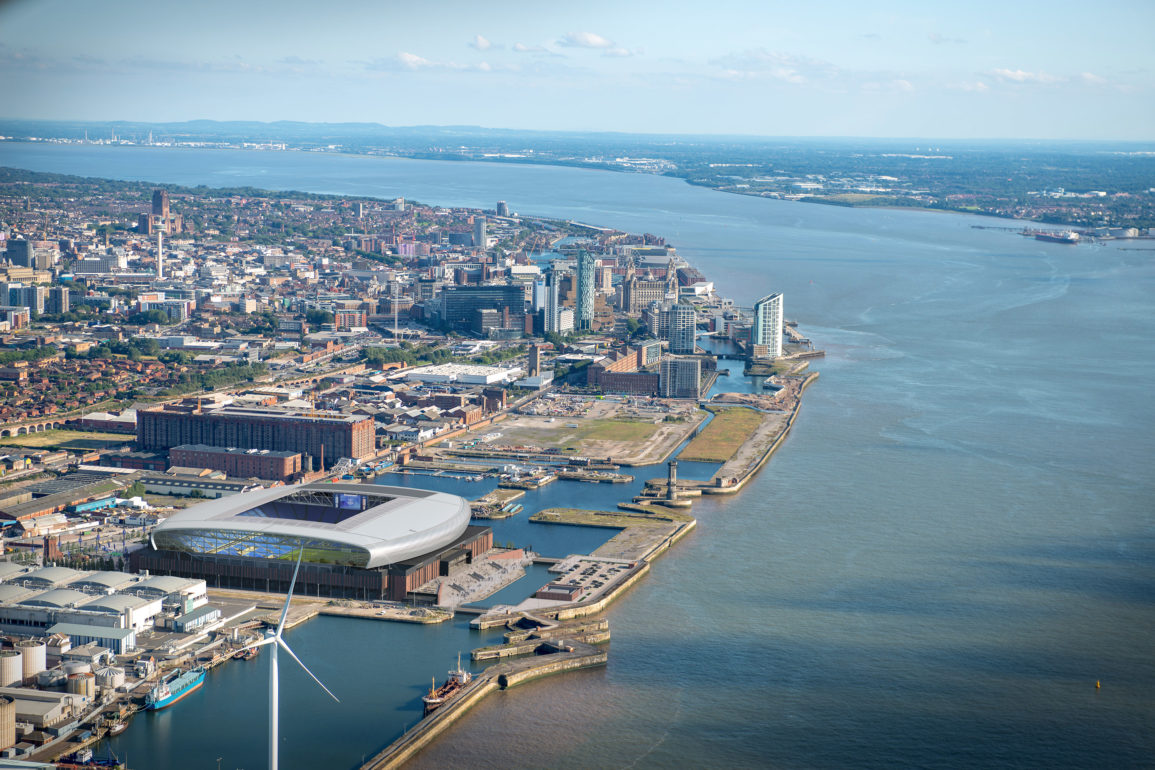 Everton Stadium has been chosen as the preferred venue for the City of Liverpool as part of the UK and Ireland’s preliminary bid dossier to host UEFA EURO 2028.

Everton’s iconic new home, one of 11 shortlisted venues with a capacity greater than 50,000, will be located on the banks of the River Mersey and forms part of the city’s world-famous waterfront.

It will one of the most accessible and sustainable sporting venues in the country and, combined with a legacy development at Goodison Park, is estimated to generate a £1.3bn boost to the economy, create more than 15,000 jobs and attract 1.4m visitors annually to the city.

Key to this vision is a commitment to diversity, social purpose and innovation in delivering an outstanding UEFA EURO 2028 that will create unforgettable memories in sold-out, iconic stadia in famous footballing cities.

Consultation will now continue into next year with a final list of 10 stadia to be submitted to UEFA in 2023.

The proposed shortlist cities and stadia are: