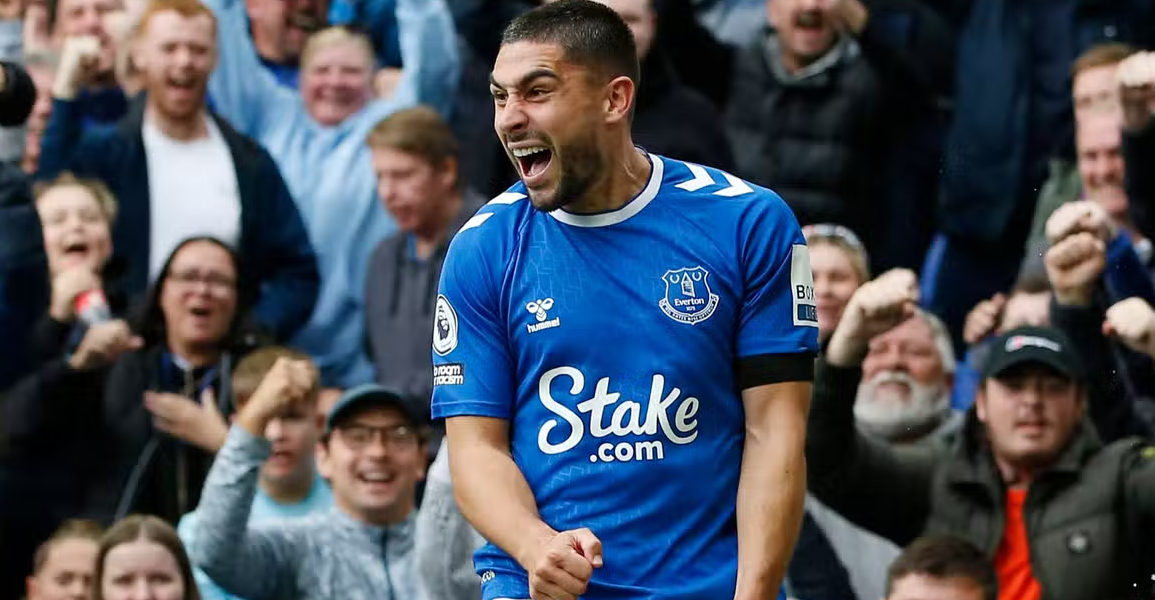 Sometimes a win can mean more than just three points and given the post West Ham celebrations this was definitely one of those games.

With the international break looming the win was needed. The fans needed it, and Lampard needed it. The foundations for the outpouring of joy on and off the pitch was no doubt down to the pure relief of that first long overdue win of the season.

The squad that has been assembled by Thelwell and no doubt with Lampard’s influence too, is now starting to feel like a different Everton. An Everton with an identity. An Everton with a plan and a proper squad of players. The influence and meddling of Moshiri when it comes to transfers now seem to be a thing of the past and it can only be for the better. Leaving the job of identifying and signing players to the director of football and the manager – seems the obvious thing to do, unless you’re Farhad Moshiri; then again Moshiri also thought that Benitez was the right man to take Everton forward.

There has clearly been a significant shift in the approach to the transfer window this time around; the right mix of experienced and younger players with masses of potential – stealing Amadou Onana from the clutches of David Moyes and West Ham could be one of the best bits of transfer business conducted at Everton for many a year. When you talk of instant ability, potential and sell on value then Onana ticks every box – not that we want to think about sell on value right now. Adding a young dynamic midfielder like Onana to a squad that already has full backs like Nathan Patterson who’s becoming a proper modern era full back, Mykolenko on the other side behind a midfield that consists of Gordon, Iwobi, Gray and we’ve yet to even see the highly thought of James Garner; yet the best pieces of business could even be the two centre backs, something we’ve been crying out for, it’s a different level of player – leadership, communication and solidity, you can see week on week the partnership forming and developing. Neal Maupay may not have been everyone’s first choice of centre forward, but he looks like he could be a proper Everton striker – a hard working forward who presses from the front, who will rattle defenders and can link up with the attacking midfielders; with the main concern his pretty paltry goals return at Brighton but he’s off and running for the season and if he can he be given regular chances then there’s the possibility of plenty more to come. While Idrissa Gueye just slotted back in like he hadn’t spent the last three years patrolling a midfield behind Messi, Neymar and Mbappe.

An enforced international break is a good time to stock of the season so far and it has been a solid – if not spectacular – start to the campaign. While we walked away feeling unlucky from the draw with Chelsea on the opening night, without really creating anything of note, a point was within touching distance only for a moment of madness from Doucoure. The trip to Villa Park was the one to forget, everything was slow and turgid and nothing of note created in front of goal until the game was done at 2-0; a late fightback never seemed likely. It is no coincidence that as the squad developed performances and to some extent the results improved with them. A frustrating draw at home to Nott’m Forest – a game in which we just could not convert the chances created yet show big character and resilience to take a hard-earned point from a tough game. On paper taking 3 points from Brentford Leeds and Liverpool may not sound much but in many respects, it is an improvement on the season before, both Brentford away and Liverpool at Goodison resulted in defeats during the 2021/2022 campaign and yet having led at Brentford for so long and being undone by a marginal VAR call in the derby these games could have easily been three points this time around.

Despite the performances, however a win against struggling West Ham was vital; it lifts the constant ‘winless Everton’ tagline from the media and the pressure from within. Seven games without a win going into a break would’ve heaped the pressure on against Southampton this weekend, as it is we can all rest a little easier knowing the first win is on the board to accompany some positive results previously. The trip to St Mary’s is notoriously tough for visiting Everton sides and wins are rare but there is undoubtedly a feel-good factor about the squad and performances right now, on the opposite side the Saints will want to bounce back from their limp display and defeat at Villa Park recently – this in truth probably settles it down as draw and hopefully it is, at least, another point on the road.

UP THE F*CKIN’ TOFFEES!!