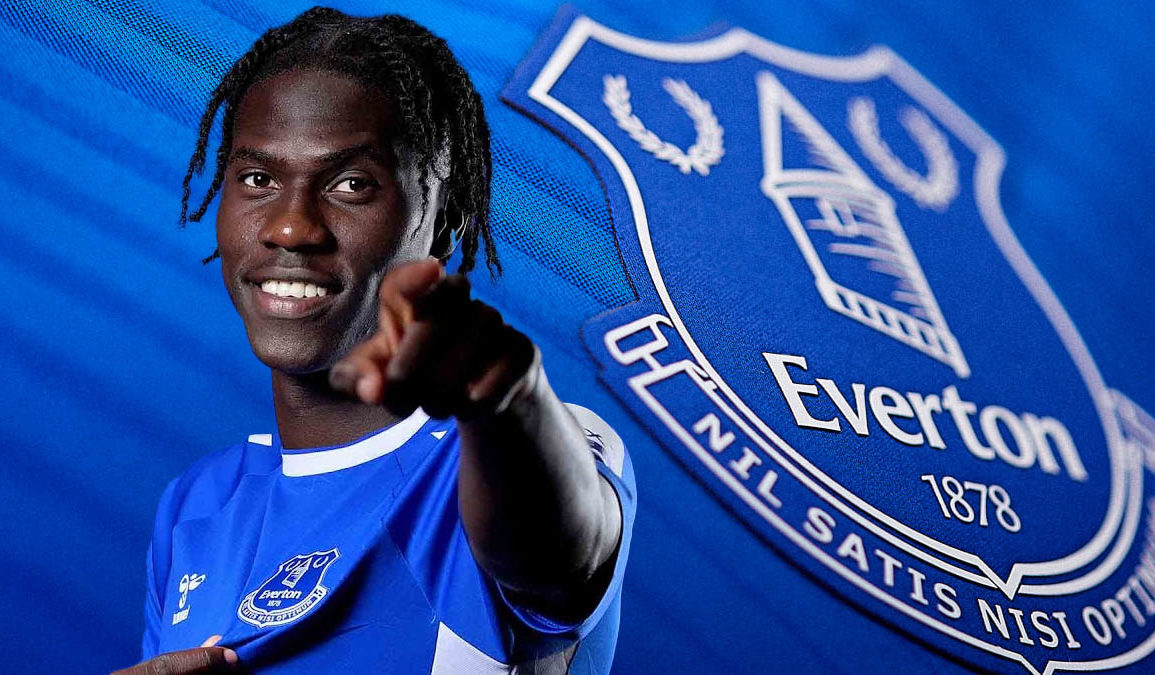 The 20-year-old joins Everton from Lille on a five-year-deal, believed to be worth in the region of £25 million plus add-ons.

Onana told evertontv: “It feels great to join Everton. I know it’s a big, big club, one of the biggest in England. It’s something I want to be part of for many years.

“Everyone here showed they really wanted me and they have a plan for me, so I really appreciated the talks I had with the manager and Director of Football [Kevin Thelwell]. They told me how they wanted me to play and I enjoyed it.

“They both have a lot of ambition and that’s the type of guy I am so it matches.

“The manager was one of the big reasons. He played at the highest level, won many things and was a midfielder, too. It means a lot to have interest from him and I think he can teach me many things.

“The Everton fans are amazing. I saw their support last season and it’s also one of the reasons why I chose Everton. I am looking forward to meeting them at Goodison and, just hearing about the atmosphere, I get goosebumps.

“Blue is my favourite colour, too! I am going to give everything for the Club and our supporters.”

In his first two seasons of senior football, Onana advanced from Bundesliga 2 to Ligue 1 and the Belgian national team, establishing his status as a rising star.

Onana signed for Hamburg before the 2020-21 season and swiftly established himself as a first-team regular for the German second-tier side.

After joining then-French champions Lille in August 2021, Onana made 31 appearances in Ligue 1 last season and featured in all of the club’s Champions League matches.

Do you ever watch the Kopites on telly, bar the Derby ?