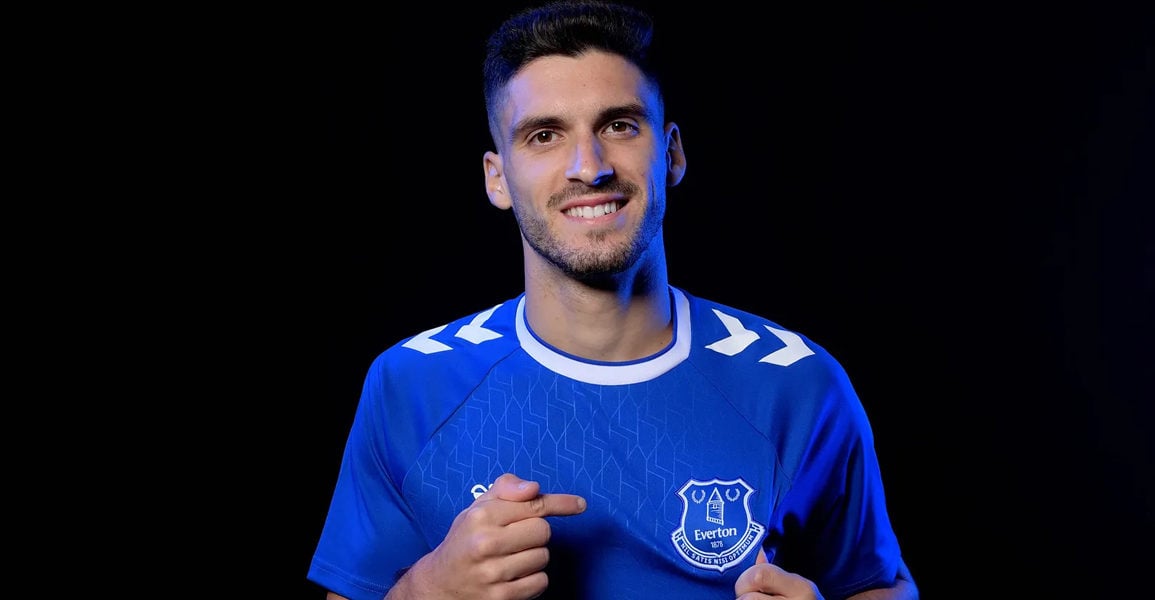 Everton have confirmed the signing of defender Rúben Vinagre on a season long loan from Sporting Clube de Portugal for the 2022/23 season.

After James Tarkowski, the 23-year-old Portuguese is Blues boss Frank Lampard‘s second addition of the summer. He can play both as a left wingback and on the left side of defence.

Vinagre told evertontv: “It’s a dream come true to join a big club like Everton. The opportunity to work with very good players and a very good coach in Frank Lampard made me excited to sign.

“The manager is a football legend. Everybody knows him and the opportunity to work with and learn from him and someone like Ashley Cole – one of football’s best left-backs – is very big for me.

“Kevin was important, too, because he knows me very well from when we worked together at Wolves. He explained to me about Everton’s proud history and the qualities you need here because it’s a very big club and you have to give everything for the supporters.”