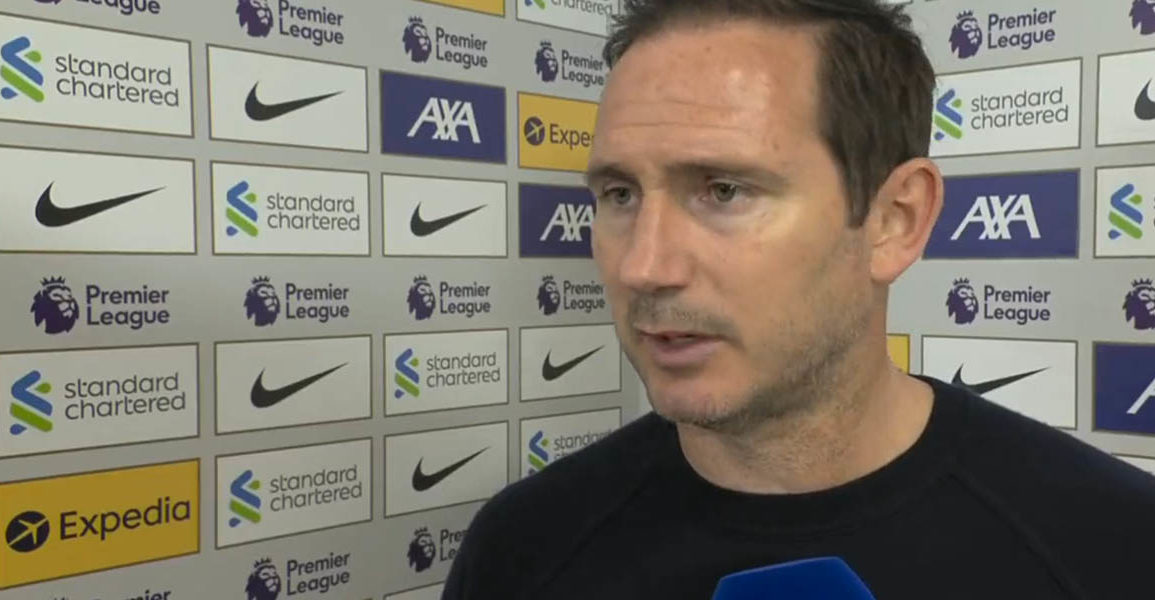 Lampard: “We played well. I don’t know what it looks like in terms of possession but the game plan was understanding that they’re one of the best teams in the world.

“Could we be disciplined and work hard within that? Yes. Did we break and create chances? Yes. They didn’t threaten our goal at all in the first half and we had a couple of opportunities.

Frank Lampard said Everton were denied a penalty: “I think it was. I’m not sure how clear cut it was but the ref was quick to whip out a yellow card and when there was stuff going off in the middle of the pitch if you look back at that with VAR there’s some questionable things going on in that too but maybe that’s to be expected when you come here.”