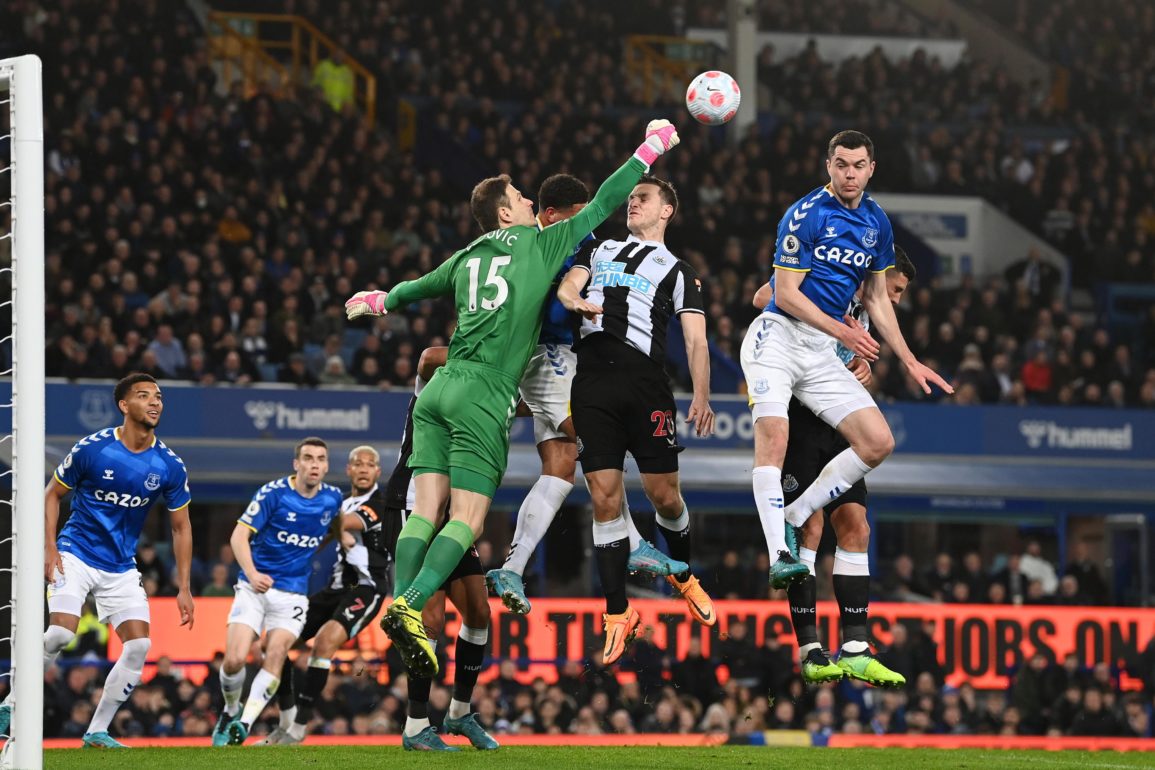 The roller-coaster world of Everton Football Club saw more helpings of joy and despair heaped upon the long-suffering fan base in March as we progressed in and then exited the FA Cup, and the form in the Premier League once again stuttered with the grip on maintaining our ever-present status maintained thanks to an unlikely hero.

Five more games began with the first-ever visit to Goodison of Boreham Wood in the FA Cup and whilst the visitors never seriously threatened to cause what would have been a seismic upset, it took Everton longer than they would have liked to overcome their stubborn resistance thanks to a brace of second half goals from Salomon Rondon.

On the back of cup progression, the Blues headed down to London and a date with Tottenham Hotspur and the London outfit ran us ragged, posting a 5-0 win that could easily have been a much heavier loss – it was an utter disaster and lunged legions of the fan base into despair. The opportunity to get back on track saw Goodison play host to Wolves and after a decent start that failed to produce a breakthrough, the visitors began to realise that our goal threat wasn’t that great and they gradually took control of the game. Neves and Moutinho dominated the midfield but, it was a glancing header from Coady that settled the outcome and a game many had seen as a mustn’t lose went south.

Eddie Howe and a resurgent Newcastle were next up and this game really did take on ‘must win’ status. Goodison responded with another partisan atmosphere that was aided by some, shall we say, odd refereeing decisions that annoyed the home crowd and raised the noise levels. An interloper onto the pitch cable-tied himself to the Gwladys Street goalframe causing a not inconsiderable delay to the second half before he was carted away and the Blues task got harder still when Allan was dismissed on a red card inside the final ten minutes of normal time for a seriously nothing challenge on Saint-Maximin. Nine added minutes were announced and finally, the deadlock was broken. An excellent tackle in midfield by Seamus Coleman won the ball and finding Alex Iwobi, he drove forward, played a one-two with DCL before sliding an excellent finish beyond the diving reach of Dubravka… and Goodison erupted. Such was the importance of the victory, the scenes and noise that greeted the final whistle were reminiscent of far greater nights under the lights at the Grand Old Lady.

And so to Selhurst Park and the chance to secure a Wembley date if Crystal Palace could be disposed of. Another bright start by the Blues saw them dominate the opening twenty plus minutes but, an unfortunate and season-ending injury to Andros Townsend was the beginning of the downfall. Palace opened the scoring with their first real effort on target and double their lead before the interval. And the second half failed to produce an Everton fightback and two further Palace markers brought the FA Cup campaign to a close in ignominious fashion.

Five games in March produced a win and a loss in the FA Cup and just one victory from the three league games was a pretty meagre return for the Blues desperate for points in their fight for Premier League survival. Twenty-five players pulled on the shirts with just three players featuring on all five games – Abdoulaye Doucoure, Seamus Coleman and Anthony Gordon – with only Doucoure playing every available minute in the month.

To the individual Man of the Match awards and not surprisingly, Salomon Rondon won the vote for the Boreham Wood game, Anthony Gordon won back-to-back votes for the losses to Spurs and Wolves before Alex Iwobi convincingly scooped the Newcastle vote result, leaving Seamus Coleman to take the muted plaudits for the FA Cup exit at Crystal Palace.

And with all the votes now counted and verified for March, we can confirm the podium places as follows… in third place with his votes compiled from four of the five games – Allan.

In second place on the back of his stunning strike to send the horse-punching Geordies home empty-handed – Alex Iwobi.

And leaves top spot on the podium after another impressive series of performances, and just under 37% of the total votes cast, and making it a three-peat of victories, the GrandOldTeam.com Player of the Month for March is Anthony Gordon.