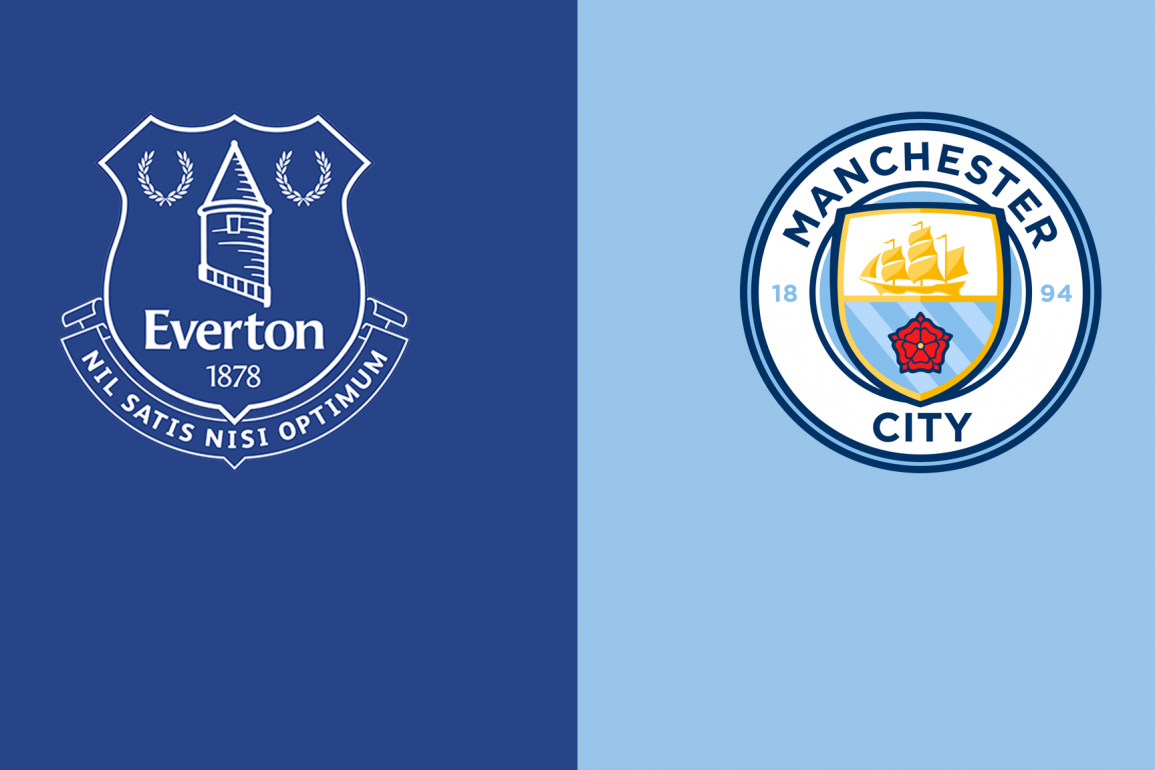 One unfortunate slips proves so, so costly

A fantastic effort from Everton saw them cruelly denied a point as a late accidental slip saw City snatch a late winner.

Following the disappointment of the tame reversal at Southampton, probably the last opponent Frank Lampard would have wanted next was a Manchester City hurting after a home loss themselves against Tottenham.

But, the fixture scheduling makes no concessions to form or need and Everton went into the tea-time kick off with the knowledge of the results of those around and knowing exactly what was demanded and expected of them by the manager and fans alike.

With two wins from two games at home, new manager Frank Lampard was quick to identify that the away form hasn’t been what is needed when he noted, “It hasn’t been good enough away from Goodison all season and I see things that need to be improved on that front. We need to get our heads down and work on the training pitch and try to pick up results.”

He added,“We have to be very organised and aggressive and prepared to put in the workmanlike performance it takes against Manchester City, then take our opportunities to do positive things when we have the ball. Expanding further he said, “They generally have more possession than everybody, sometimes by a lot, so we have to understand how the game will look and be ready. We can’t put all our eggs in the basket of this being a game changer. But I want to see an approach and belief that we can go toe-to-toe with anybody, and who knows what the game will bring? Our away record is something we must address.”

In team news, the manager advised that both Demarai Gray and Abdoulaye Doucoure had trained with the first team squad this week and were in contention for immediate returns to the starting line-up to face City. He commented, “Doucoure’s been out for around five weeks and, with Demarai, we have to be sure [about match fitness] coming into a game which requires this type of physical output to get a performance and potential result… It’s a big ask. I’ll have to decide whether they’re ready to start but they’ve both been training with us for the past two or three days, so it’s good to have them back in the squad.”
Lampard duly took his time and eventually named his starting line-up: Pickford, Coleman (c), Keane, Holgate, Kenny, Doucoure, Allan, van de Beek, Iwobi, Gordon and Richarlison.

City arrived at the Grand Old Lady still hurting after that loss to Spurs and desperate to return their lead at the top of the table to six points with a victory. Manager Pep Guardiola acknowledged his side are in for a difficult test on Merseyside but, remained confident his side would prevail when he said, “Everyone in the world would think they wouldn’t be in that position. I’m not there to know the reason why. They have good players, they are fighting for being where they should be from the history. It will be tough at Goodison Park, but I have full confidence in my players.”

With a first team squad that is the envy of most of European if not world football to choose from, the options available to Guardiola were boosted by the return from injury of both record signing Jack Grealish and habitual scorer against Everton, Gabriel Jesus. Ominously, from the Everton perspective, he remarked, “They are ready. It’s so important for us, definitely. He [Gabriel] is so important in the first press. He is so unpredictable in the final third. He was out for two or three weeks, Jack as well, but they are back and how they move in these days was good.”

Our referee at a tense Goodison was Paul Tierney.

Everton took to the field with every player wearing a Ukrainian flag, a show respect and solidarity with Vitaliy Mykolenko and City’s Oleksandr Zinchenko – a moving and emotional moment for anyone with connections, family or friends in the embattled country.

And what ensued was a pulsating and entertaining first half of contrasting styles – City looking to play their possession based, lots of passing and moving game while Everton were more direct, physical and combative, closing the visitors down, denying them time on the ball and pressing forward at every opportunity.

City tried to settle early and Sterling tried to set up Cancelo and arodri for shots that were both blocked. Seamus Coleman, found by a fine ball from Holgate, won the games first corner off Laporte and whilst City cleared the initial cross, Everton regained the ball and Coleman crossed just too long. De Bruyne to Gundogan and onto Sterling saw Michael Keane clear the threat and with Everton biting into tackles, Goodison responded with terrific noise and support.

A good move launched by Holgate and involving van de Beek saw Anthony Gordon get away and cross low into the City area, Ederson needing two attempts to gather. City wasted the first of their two corners in the first half and Everton defended a free kick, somewhat harshly awarded against Abdoulaye Doucoure.

The game was swinging end to end but, with no clear cut chances and Everton beginning to grow in confidence as they forced City backwards, and a flowing Blues move saw Allan gain the City area and go down, no penalty and as City looked to break, van de Beek clattered into Gundogan and received a bit of a lecture for his troubles.

De Bruyne found by Stones had City’s first shot on target and easily saved low to his left by Pickford and when Everton got forward again, Allan disposed De Bruyne to set up Kenny for a rasping shot that hit the side netting.

Laporte headed over from the visitors second corner and Everton got forward quickly again with Gordon and Richarlison causing trouble, running into each other, the ball reached Iwobi who quickly found Richarlison and his shot was well held by Ederson. City on a quick break saw Donny van de Beek race back to dispossess De Bruyne and as two added minutes were announced, Anthony Gordon curled a 25-yard free kick just over the crossbar.

No changes by either side for the second half as Everton lined up to attack the Gwladys Street End, and carried on where they had left off in the first half, harrying and pressing City, trying to deny them the time and space they crave to dominate their opponents.

Allan robbed Sterling in midfield and chipped a ball into the path of Richarlison who was denied by Ederson and then the offside flag was raised, it’s a really stupid rule allowing the play to continue. Getting forward again down the right, Iwobi won a corner that was played back for van de Beek to cross and Ederson held before launching a City counter that fizzled out.

Iwobi drew applause for his chasing back even though Foden wriggled free, only to cross too long for Bernardo Silva to do anything with. Goodison was rising to every tackle made by the boys in the Royal Blue, the Grand Old Lady appreciates hard work and dogged determination.

Holgate and Allan worked an opening for Richarlison to test Cancelo and when City built their next attack, Jordan Pickford beat away a snapshot from Foden and then denied Cancelo. Allan was booked for a foul on Bernardo to give City a free kick wide right that Foden took and Richarlison headed clear. City were beginning to turn up the heat and Coleman scampered back to deny Sterling at the expense of a throw-in.

Kenny and Keane got clearing headers to consecutive crosses and Goodison roared again as Stones flattened Richarlison and escaped a caution. De Bruyne crossed from the right and Foden and Sterling tried to be too cute and Allan nipped in to clear the threat. Over an hour gone and Everton were defending stoutly from the growing City pressure, Pickford tipping a shot from Stones behind for a corner that they again defended well.

City won a fourth corner off van de Beek and once again it was Richarlison with the clearing header. Jordan Pickford with an outstanding double save denied De Bruyne and Bernardo Silva to bring Goodison again to its feet and an accompanying crescendo of noise. Silva and De Bruyne combined again for a cross that Foden headed over and with just over twenty minutes to play, Everton made their first change, Dele Alli replacing Donny van de Beek who looked to have picked up a knock and walked off a little gingerly.

A break down the right through Iwobi and Doucoure saw the latter spread the ball left for Gordon who gained the area but pulled his near post shot wide of the target. More changes on 76 minutes saw Demarai Gray replace Anthony Gordon while City brought on Jesus and Mahrez for Gundogan and Sterling.

Everton were having to defend manfully, Keane blocking a Rodri blast and then Kenny and Dele denying De Bruyne space to get in a cross. Silva slipped and the referee gave him a free kick, as Peter Kay would say, “what’s all that about?”

Evertonians hearts were broken on 81 minutes as Silva got the ball into the box and a slip by Michael Keane allowed Foden to nip in and score from close range… incredibly tough on the Blues who had worked so damned hard all game.

Could Everton find a way back in the closing minutes as the home crowd tried to urge them forward – a through ball from Dele to Richarlison saw Ederson race off his line to deny him and Goodison howled for a penalty as VAR reviewed a potential hand ball against Dias… and VAR gave offside against Richarlison.

Dias was booked for time wasting and whining and in a last throw of the dice, Anwar El Ghazi replaced Alex Iwobi for the final three minutes and added on time. Demarai Gray won a corner on the right that City cleared and five added minutes were signalled.

Mason Holgate passed up the chance for a shot opting to cross just too high for El Ghazi. City continued time wasting when Stones went down off the pitch, the weak referee allowing time for supposed treatment.

Dele Alli was booked for bumping into Ederson who acted like he’d been floored by Mike Tyson and if the referee added on any extra time, it could only have been a nanosecond at best.