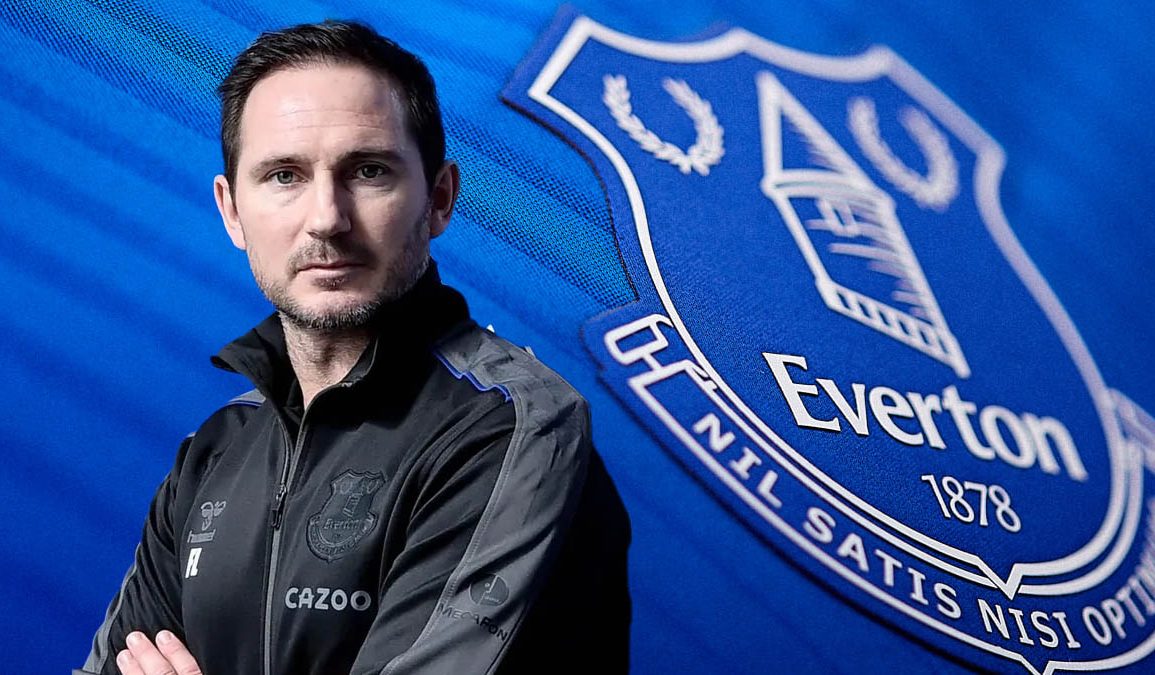 Everton have confirmed the appointment of Frank Lampard as manager on a two-and-half year contract.

After being out of work for a year, Lampard will now be tasked with urgently pulling an Everton side out of a slump that has seen them gain only six points from the last 42 to drop to 16th in the table.

Lampard said: “It is a huge honour for me to represent and manage a club the size and tradition of Everton Football Club. I’m very hungry to get started. After speaking to the owner, Chairman and the Board, I very much felt their passion and ambition. I hope they felt my ambition and how hard I want to work to bring it together.

“You can feel the passion Everton fans have for their club. That will be hugely important. As a team – the competitive level that the Premier League brings and the position we are in the table – we certainly need that. It’s a two-way thing. I think Everton is a unique club in that you can really understand what the fans want to see. The first thing they want is fight and desire and that must always be our baseline.

“My first message to the players will be that we have to do this together. We’ll try to do our job and I know the fans will be there backing us.”

Everton Majority Shareholder, Farhad Moshiri, said: “I am really delighted that Frank has joined us. He is an impressive young man and off the pitch. He has played at the very highest level of the game and has football in his blood. He impressed us all greatly during the thorough interview process and we’re all ready to give him all of our support as he looks to give the team an immediate boost.”

Everton Chairman Bill Kenwright said: “Frank impressed us greatly throughout our process, coming across as a modern, ambitious and exciting young manager. He expressed a clear vision on how he wants to take the club forward and, importantly, a tremendous passion and genuine enthusiasm to join us. I’m sure Evertonians will give him the special welcome that only they can and will be looking forward to giving him and his coaching staff a warm Goodison welcome next weekend.”

Everton will be the 43-year-old’s third managerial position. His first was handed to him in May 2018 when he took the reins at Championship side Derby County, who he led to the playoff final in his only season with the club.

Just over a month after that showdown with Aston Villa at Wembley, Lampard took his second managerial position – returning to Chelsea as head coach.

In his first season in charge, despite losing a key player in Eden Hazard and operating under a club transfer ban – Lampard guided Chelsea to a fourth-placed finish, ensuring another UEFA Champions League campaign and his own nomination for the 2019/20 Barclays Manager of the Season award.

Despite a solid start to the 2020/21 campaign, Chelsea’s form dipped during the festive period and Lampard’s tenure ended on 25 January 2021 with the club in ninth position.

Frank Lampard‘s backroom staff will be Joe Edwards as assistant manager, Paul Clement and Chris Jones as first team coach and head of performance. Duncan Ferguson and Alan Kelly will remain in place.

Show us your fridge