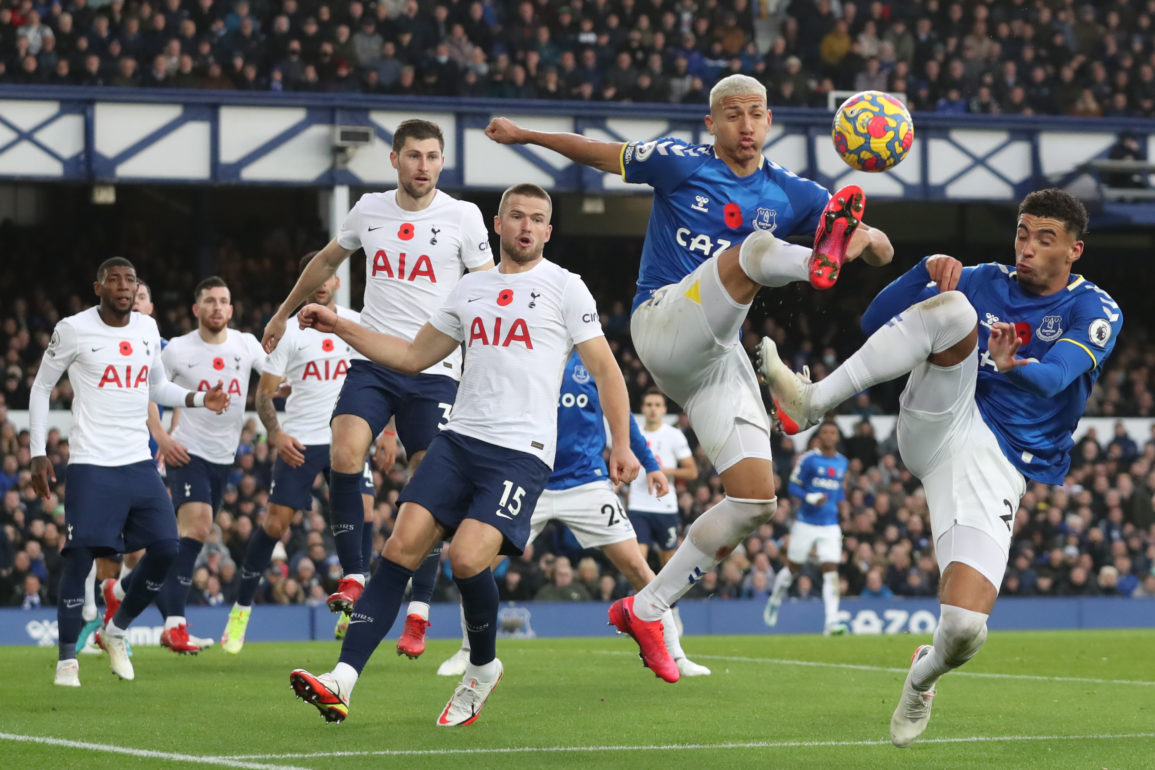 Here we are again with the result of the November Player of the Month based the cumulative Man of the Match polling results. Suffice it to say that November – as far as results went – will feature less in the memory than the October that preceded it but, Everton Football Club took part in four games, GOT ran the four MotM polls and you guys and gals voted, so here’s the outcome.

Four games played resulted in three losses and a goalless draw. Reversals at Wolves, Manchester City and newly promoted Brentford saw only one goal scored – Alex Iwobi netting a consolation marker at Molineux – while that blank scoreline for the solitary point in the month was gained against Spurs at Goodison. Normally we include a quick recap of the games however, we’ve probably all suffered enough recently so we’ll give that part of the article a miss this time shall we?

Seventeen players were involved in the four games including a cameo appearance for his Premier League debut by Tyler Onyango at the Etihad Stadium. Eight players appeared in all four games with four – Jordan Pickford, Michael Keane, Ben Godfrey and captain Seamus Coleman – playing every minute.

To the individual Man of the Match poll winners, and Fabian Delph returning from injury clearly won the vote for the loss away at Wolves and was also a hands-down winner for his efforts in the draw against Tottenham. Moving onto the Etihad and the loss to City, Andros Townsend won the vote although this game saw the lowest polling numbers of the season, probably a reflection of the mood of the fan base at losing to a City team who barely got out of second gear. And so to Brentford and a welcome return to the first team for Abdoulaye Doucoure saw him narrowly edge out Demarai Gray.

As we always say, GrandOldTeam.com takes great pride in offering the quickest match report service and we encourage all Blues, everywhere to sign up to the forum and vote in our Man of the Match polls. Every vote cast goes towards these Player of the Month awards and the ultimate accolade at seasons end, the awarding of the GrandOldTeam.com Player of the Season trophy.

So, if you’re reading this via LinkedIn, Twitter, Facebook or any other social media platform and you’re not a GOT member but want to vote each game, simply register to join the Forum – http://www.grandoldteam.com/forum/ – and cast your vote every game… and join in the myriad of discussions on the award-winning and biggest Everton Forum on the internet.

With the monthly round-up done and all the other formalities dealt with, polling numbers checked and double checked, it’s time to reveal our top three players for November – and remember, it’s your votes that put them there.

In third place and maintaining his ever-present position on the podium so far this season was Demarai Gray.

In second place for November and despite the results, in good form was England’s Number One, Jordan Pickford.

And so our winner with just under 30% of the total votes polled and the GrandOldTeam.com Player of the Month for November, the congratulations go to – Fabian Delph.