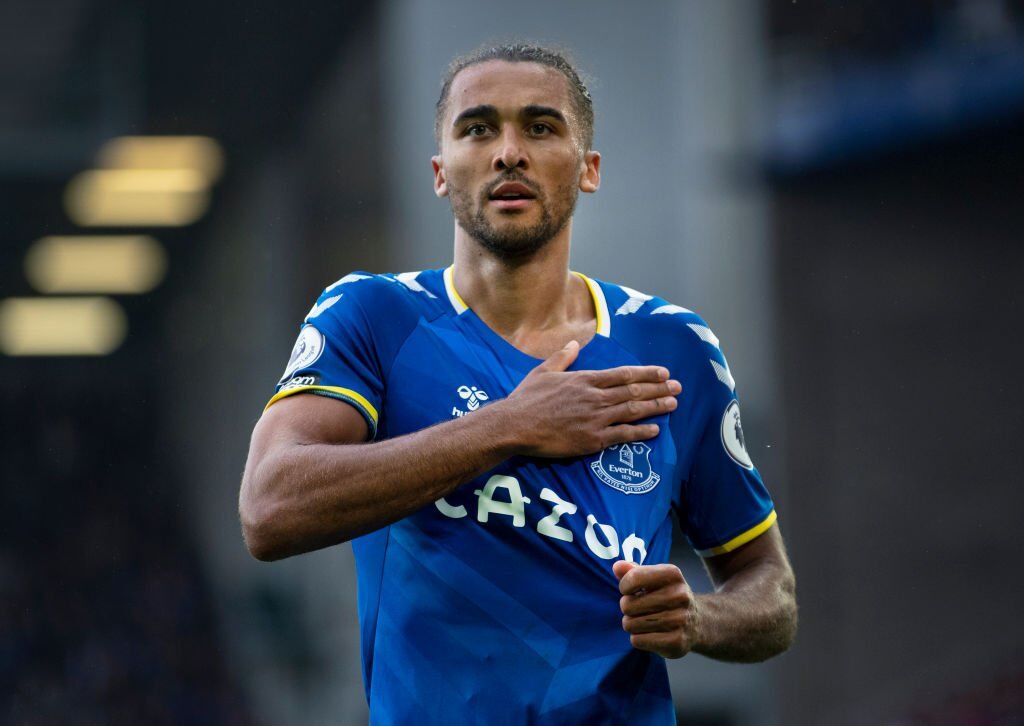 While world leaders are tackling the problem of climate change – with most arriving on private jet – at COP26, our own government seemingly caught up in one daily sleaze scandal after another, and a number of carers and frontline NHS staff about to potentially find themselves out of work, one young man’s choice of attire has been the big talking point across Everton Twitter this week.

Dominic Calvert-Lewin, our current no.9, posed for fashion magazine Homme+ in a rather daring outfit, which included flared suit shorts (not a skirt as many first thought). I say daring as I certainly wouldn’t have the confidence to wear it, but then, I am not built like Everton’s 24-year-old striker.

What has followed has been a series of back-and-forth arguments, debates, even Twitter polls, as Blues have made their opinions known about the England international’s choice of attire and decision to pose for the publication.

An observation; if Premier League points were awarded for the lively entertainment provided by a team’s fanbase via social media, we would be competing for the title every season!

And, on the whole, the comments have been largely positive. Calvert-Lewin is living his life as he sees fit. He is, to the best of my knowledge, hurting no one, and presents as a polite, humble young man more than willing to engage positively with the Goodison faithful. Indeed, a number of media outlets reported the former Sheffield United man was extremely busy interacting with fans while observing Everton play out a goalless draw with Spurs. I personally felt a sense of pride when he removed his cap to greet Gareth Southgate ahead of his first international call-up. The subtle gesture suggested a real sense of respect and value that, these days, is often lacking.

But while a sense of respect that has been instilled in you by your parents/guardians is always welcome, it is a few old-fashioned outlooks that have been a bit disappointing throughout all of this.

I reiterate, the outfit worn by Calvert-Lewin is not something I would wear myself. I also love shellfish, but don’t like oysters. My point is those that do love that slimy delicacy are not condemned by me, nor are those that detest shellfish altogether.

Biased I know, but our Dom currently occupies the most important shirt in football. Steeped in history and worn by so many legends of the game, Everton’s current no.9 has been a shining example of hard work, endurance and dedication, ever since he made the move west from Yorkshire. Not necessarily blessed with the natural talent of Wayne Rooney, and having to overcome Ronald Koeman’s masterplan of deploying him at wing-back, Calvert-Lewin’s five years at Everton has been a bumpy journey of getting to where he is now. I have observed a number of comparisons of previous target men with blood dripping down their face and the magazine cover photo that now has a number of heads falling off. What exactly is that trying to prove or suggest? Bravery? How a man should be? Surely being yourself and putting yourself up for ridicule is the ultimate act of bravery? And there are many ways to act like ‘a man’ that don’t include the tired ideas that cause many males to feel inadequate.

It is also important to think about why he has chosen to do this. It is something no one, other than he, can truly know. The financial incentive may have been a factor (and good on him, I’d do it if anyone was interested, however they aren’t), but we don’t know what young person may have felt empowered to be who they are and wear what they are comfortable with. If it is but one, then well done, Mr. Calvert-Lewin!

Us football fans are quite selfish. We simply want our heroes to be fit and healthy on the field and doing damage to our opponents. Everton also boasts a proud, and in my opinion unrivalled sense of community that is embodied perfectly by the Club’s incredible charity, but, on the whole, we simply want commitment and, ultimately, success on the field of play.

So with that in my mind I look at HOMME+’s cover star and can say, quite confidently, that he more than meets the requirements of a young man willing to work hard for that Blue shirt and also retains a sense of humility, pride, and community spirit that is the bedrock of our great club.

In short, as long as it is not a Liverpool shirt or any other blatantly offensive gesture, I couldn’t give a you-know-what about what he wears in his own time.