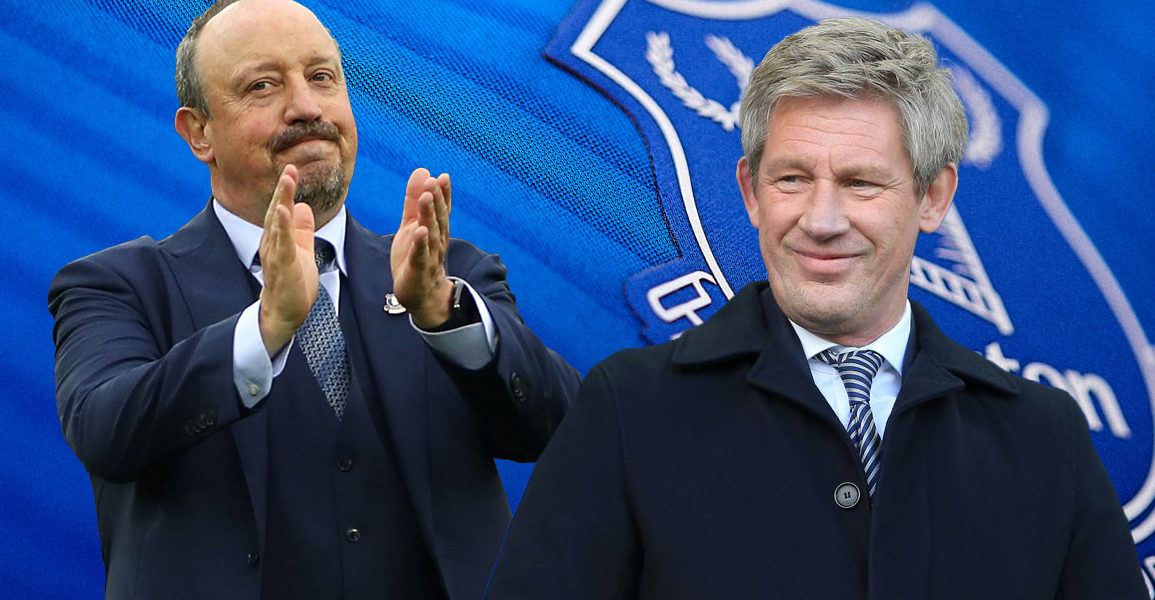 Benitez, Brands and the 2021 Transfer Window

The 6th summer transfer window of Moshiri’s reign marked quite a sharp divergence from the 5 that went previously. It was the lowest spend (and the 3rd lowest spend since the PL era), the 1st window where a net spend profit was accrued and the window where the smallest spend was allocated. It would be interesting to hear from the CEO and DOF of the club to explain this shift and whether this was a summer blip or part of an enduring change and until then we are very much left joining dots and making suggestions as to underlying causes.

The obvious starting point in terms of trying to understand why the sudden change seems to be based around a financial regulatory framework. My initial thoughts on this are to be a bit wary of this conclusion. The reality is, Everton are already breaching those clauses before this summer but it has not prevented the plan being executed. Indeed if it was solely regulatory pressures the question may be asked why preventive action was not taken 2 years ago when it was probably necessary? There is a chance that regulatory pressures, alongside the opportunity for a reset under Benitez could be a reason. The discussions with Benitez seemed to be prolonged and numerous, and so there might be some miles in the club losing Ancelotti re-evaluating it’s approach under the leadership of an experienced coach. The obvious questions that flow from this is the extent to which Benitez has equity in this plan and how long this approach is due to go on for. Benitez is not a coach renowned for his patience and understanding of fiscal limitations which makes the whole episode a little more confusing.

My own supposition is that lenders have dictated the change. A pressure to begin to repair the balance sheet may be a prerequisite to securing a loan, and Moshiri who has made an initial down payment on the stadium will know that securing a loan for the stadium will need to be a top priority. Again, questions will arise at how long it will take to secure a loan and what ongoing clauses may be attached to it. It opens the possibility at the very least that this summer may not be a one off.

There has been some commentary stating next summer will represent a big spend. I am not sure that can just be taken for granted. The core of Everton’s problem is, that it has the expectations of a top 6 club without the revenue streams to justify it. While there has been some growth in revenues they have not come quick enough and they haven’t been compounded by European football. Through 5 years of Moshiri’s regime the club have qualified for Europe once, which turned out to be an unmitigated disaster. While the big bucks are not available from the Europa League, had we qualified for this the last 5 years, it would at least have provided something of a launch pad commercially to attract sponsors and partners on the basis that the next stop in the CL. That feels a long way off.

Until the value of revenues is grown the club exist in that contradiction, of an owner and a fanbase who want X but an organisation is only really able to deliver y. To some extent shareholder liquidity has threatened to breach those gaps, but in truth the money was never going to be substantial enough. This problem has also been compounded on how it has been spent. The club’s recruitment seems to follow a year on year (YOY) approach rather than a more holistic 3-5 year (longer term plan). In Moshiri’s time at the club has had 6 managers and employed 2 Directors of football. Investment in players has generally been for a specific coach and really with a 12 month deadline. The milestones have rarely been hit and there has been a sacrificing of the longer term in the process.

For Everton, this makes little sense. One of the worlds leader investors Peter Lynch talks about how smaller, retail (so not professional) investors often sacrifice the competitive edges they have over big hedge funds. Big hedge fund managers tend to operate on a quarterly to annual time frame as these are the due dates on financial results for the firms investors, and you can’t afford to be negative. His belief is that longer term opportunities are therefore missed through lack of patience. He also states that most retail investors fall into the same traps, by working to the same time frames and thus surrender a significant competitive advantage.

I wonder if to some degree Everton do the same. A period of relative success under Moyes came partly as a result of taking a longer term view on recruitment and squad development. You always sensed Moyes through in 3-5 year blocks. The top teams, in regular European competition, with contractual obligations to commercial partners are structurally forced into 1 year cycles yet Everton under Moshiri seem to have willingly joined them, without the infrastructure to win any arms race. There is not an unreasonable position to say Everton have become more short-termist than even those clubs.

The problem Everton face is not unique, it is faced by multiple clubs in Europe who tend to supplement lack of revenue by intelligent investment but crucially smart selling. It is not something Everton have really bought into. However, if we don’t bring revenue you in from transfers, the shareholder doesn’t continue to put money in and the existing board cannot raise revenues, the club is left with few places to go.

From the outside I would say there are 3 core problems that Moshiri has brought with him (and it goes without saying he has brought many positives). They are he has brought an expectation that is not realistic given the size of the existing operation, ultimately he has not provided enough funds to justify that expectation and finally what funds he has given, he has allowed to be spent in a manner that doesn’t generate onward revenues in the future.

If we take each point individually starting with the 1st, there is no intrinsic problem with expectations, but they have to be set amongst some realism. Everton’s wage spend in 7th in the league a fair distance behind the 6th based team. It is less than 50% of Liverpool who sit 2nd in the league on this spend. While I haven’t done the calculations, Everton are likely to be around 7th since he arrived (maybe 8th with Leicester pipping us to 7th). It might be reasonable to say there has been some underperformance, but in truth the results have been broadly in line with what would have been expected. Yet the overarching narrative is of failure.

That is linked to the 2nd point. There is no doubt funds have been allocated, but simply nowhere near enough to justify a sudden rise up the league. While Everton sit narrowly 5th in terms of gross/net spend since he arrived, the majority of this is in the 1st two seasons (we were 3rd in the table for those 1st two years, with big sales such as Lukaku and Stones supplementing a large spend). After 2 years we sat in 8th place with 49 points having really gone sideways. In a purely numerical form, that was the moment to drive performance upwards and no points had been added to the bottomline. Since then, we have sat 11th in both the net and gross spend over the following 4 seasons-slightly below the league average. As of last season we finished with 59 points, and this season early indications would suggest we will be in and around that point. Performance has been driven up, perhaps not as far people would want, on what is essentially a fairly average level of spend over that period compared to other PL clubs.

Which sort of takes us to the final point. Has the money at any point really been spent on players that will likely grow in value. In some cases yes, but too often that has not been the case. It has been difficult to sell in an environment where spending has declined (though not collapsed in the UK, albeit it has collapsed in Europe) but there are still too many high wage signings that we cannot move on. Whether enough scrutiny has been given to the DOF on this point is a worthwhile question. In truth, whether the entirety of the board, from the chairman, to the CEO and the DOF have had to answer enough questions of the shareholder is another valid question. It seems to be they haven’t delivered on the commercial growth, or strategic investment in players the club would require.

So where does this window fit within that context? It is hard to say. It’s probably neither a continuation, nor a change from it. In truth the last 2 years signings probably look the best value for money the club has spent for some time. Godfrey, Allan & Doucoure all look good signings from last summer, and Gray & Townsend look like they will be fantastic value this. That is 5 1st team players added for little over 70m. There are certainly age concerns over Allan, Townsend and to a degree Doucoure, but it feels less speculative than what went before. The summer before Everton would spend over £100m on Iwobi, Gomes, Kean, Gbamin and Delph. Even when you factor in injuries and misfortune it is not difficult to see which have provided a better return to date.

There is probably a window of opportunity and improvement that can be made from Everton taking a mixture of caste offs and players who have lost value at clubs due to age. The pressure will come in trying to generate assets to be sold. Of the above list, perhaps only Godfrey could realistically attract a substantial bid (in and around the 50m Arsenal paid for Ben White). It’s hard to conclude the business was not effective though, even if it still feels a bit too short term in it’s outlook.

For all the faults, the club has been improved by the signings of Gray and Townsend. The hope will be Gbamin can come back and improve the 11. We achieved 59 points last season and that remains a realistic target for this season. The hope will be, some of the fundamental contractions that exist within the cub can be answered alongside this as we move forward.