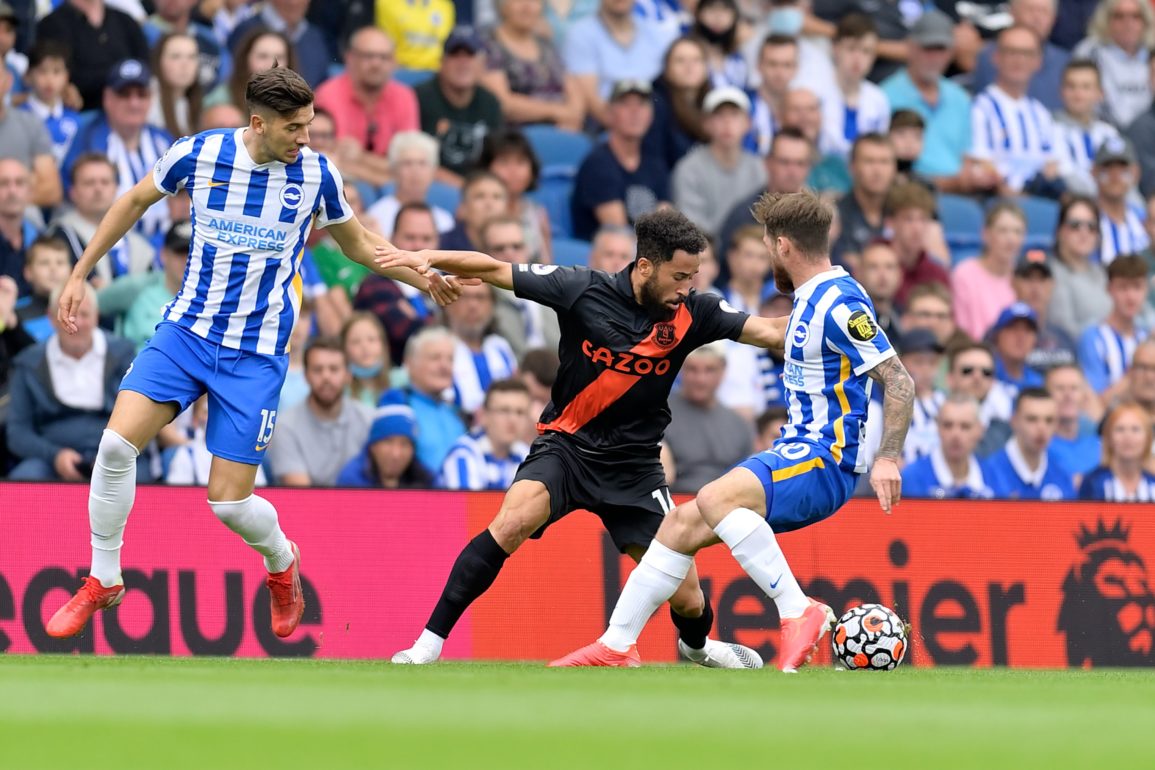 So we are three games into the new season and have also negotiated a safe passage into the next round of the Carabao Cup following a tricky tie in Yorkshire.

It has been an event-filled few months for Everton and its fanbase. Carlo Ancelotti returned to Madrid, leading to a transfer saga worthy of a Dallas plot, which culminated in one of the most reviled men of recent Goodison history taking charge. Financial Fair Play has seemingly caught up with us, resulting in squad improvement becoming that much more difficult and left the Blue faithful feeling slightly despondent about what lies ahead, while James Rodriguez losing his fixture list has seemingly contributed to his absence, thus far.

On a more positive note – and despite Jeff from Old Swan’s protestations – work has started on Bramley Moore Dock ahead of The Toffees eventual relocation from the place that has been home for almost 130 years. Personally I think most Evertonians will be able to cope with the guilt of the city no longer holding World Heritage status.

Back to all matters’ football, Rafa Benitez is now in the hot seat and has made a positive start. It will take a lot more than a few victories to win over the fans, (as it should be for any player or manager at Everton) but the pragmatic Spaniard knows the job in hand and has done, and will be doing, his homework. Liked, loved or simply tolerated as manager, the former Newcastle boss’ tactics have, so far, seen a bit more hunger, pace and enthusiasm from the on field personnel that was often lacking last season.

Worth noting, we were top after five games last season, so I will temper my enthusiasm but give credit where it’s due.

In terms of recruitment, the arrivals didn’t exactly set the world alight for the Goodison faithful. A backup ‘keeper, as well as two wide players and a few high earners off the wagebook has seen a more pragmatic, rather than pulsating, window so far.

But Asmir Begovic brings experience and reliability. Demarai Gray, an injection of pace, purpose and a player with something to prove to the Premier League. Andros Townsend, meanwhile, a battle-hardened warrior with a guile and workrate that is amongst the highest in the division.

Staying with the 30-year-old, former Tottenham and Crystal Palace man, another attribute that came racing to the surface in particular during our victory over Brighton, is his leadership qualities. Leading 1-0, Everton had broken into the 18-yard-box through Seamus Coleman, only for the Club captain to be felled and a penalty awarded.

What followed was an episode reminiscent of Kevin Mirallas demanding, getting his way, before taking a spot kick responsibilities away from Leighton Baines and subsequently missing the penalty on a cold night at The Hawthorns.

Despite that fixture ending 0-0 and that being the most glaring chance, an observation quickly made was a lack of leadership within the ranks. Who was that player that would step up and pull rank? Not only a job of a captain, good teams need more than one leader on the pitch.

With history threatening to repeat itself as Richarlison set his heart on taking Saturday’s penalty despite designated first-choice Dominic Calvert-Lewin still on the field, Coleman was quick to interject and deal with a situation that was threatening to boil over.

But he was not alone. Townsend, a veteran of more than 200 English, top flight appearances, confronted and consoled the Brazilian before knocking the ball from the Olympic Gold Medalist’s arms and leading him away and allowing Everton’s No. 9 to notch his third league goal of the season and secure a first away win at Brighton since 1983.

Opinions have differed over Richarlison’s attitude, with some annoyed by his actions, while others appreciating a desire to get on the scoresheet. Townsend, on the other hand, has received unanimous praise for his leadership qualities in helping resolve matters.

Signed on a free following the expiry of his contract with Palace, the England star’s arrival didn’t set pulses rating, but what has followed, so far, has been both encouraging and pleasing.

Talking the talk, Townsend has frequently remarked on the honour of playing for Everton with passionate interviews and social media posts. Talk can be cheap, but the winger has, so far, displayed performances full of enthusiasm and hard work. Notching the winner over Huddersfield to ensure passage into the next round of the Carabao Cup, it has been his workrate and a natural ability to school the younger, less experienced players within the ranks, that is winning the crowd around. More than happy for others to take the limelight, Townsend’s ethos is perhaps a throwback to when Everton had a strong spine of hard workers and organisers that ground out results under David Moyes, rather than the directionless individuals that struggled to gel as a team and failed to justify their high wages.

Personally, I have always felt Everton had the quality in the ranks but perhaps lacked the personality when called for. Captain Coleman leads by example and his passion is unquestioned, the returning Ben Godfrey and Yerry Mina are both vocal when needed, but the addition of Townsend represents an experienced player who sees Everton as a start of a new challenge, rather than a wind down for footballers looking for one final, big payday.

I look at where Everton are and where the club is heading. I finally see a bit of identity start to emerge. Embryonic in development, but hard work, big personalities and organisation has served our club well before. Andros Townsend will be pivotal to those foundations.

Let’s just hope it will be the springboard for success.