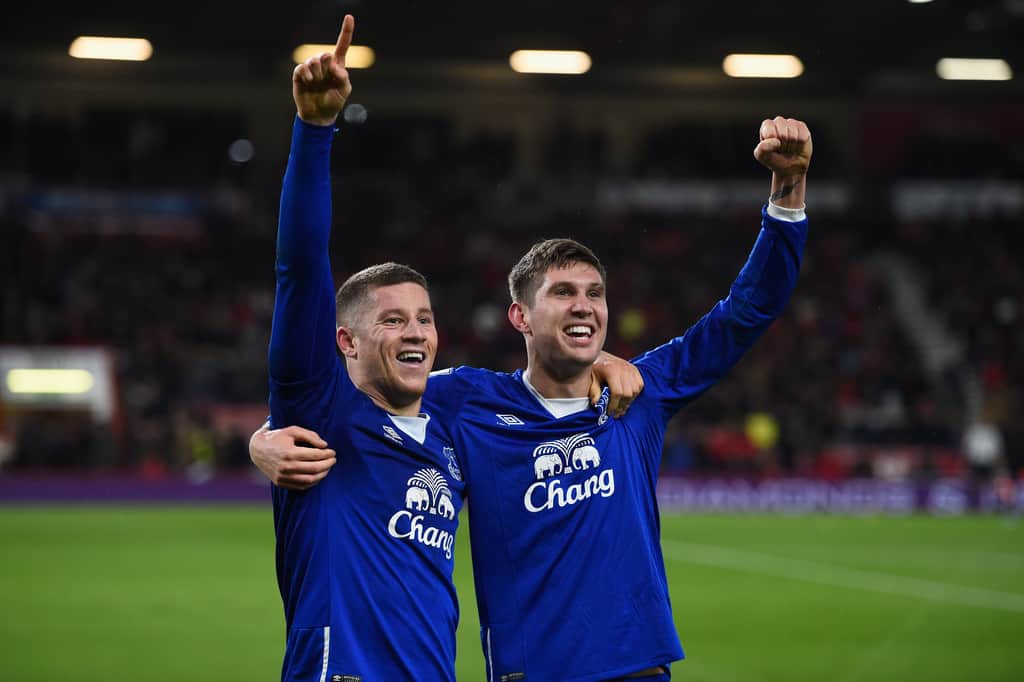 When Ronald Koeman came in and started to spend big, it looked as though Everton were on the fast track to the upper echelons of the Premier League. Unfortunately, subsequent managers Sam Allardyce, Marco Silva, and even Carlo Ancelotti haven’t quite established Everton among the most decorated of clubs.

It’s a work in progress; the team has a great deal more star talent than it did six years ago, and exciting times are ahead at Bramley Moore Dock. Still, as the Toffees climb, it’s simply inevitable that top players will be lost to clubs with fatter wallets, as evident in past seasons.

Now, several players who Everton took in and developed are competing at the highest tier of European football, and some may even play a pivotal role in landing their new club Champions League glory.

Of course, Romelu Lukaku wasn’t an Everton up-and-comer, but Goodison Park is certainly the stadium in which he started to fulfil his potential. Chelsea signed him as an 18-year-old from Anderlecht in 2011, and for the 2013/14 season, he was loaned to Everton.

That loan spell and three more years in Merseyside blue, following a £32 million transfer, yielded 87 goals and 29 assists in 166 games, cementing him among the top strikers in the Premier League. Since then, he had a good run at Manchester United, in what seemed like a natural step-up, and then became a true star for Inter Milan.

Now, The Guardian reports that Chelsea has confirmed the return of the prolific Belgian. Few expected South London’s Blues to win the Champions League last season, especially after a midseason managerial switch and lacking a high-scoring forward. Yet, they did it, and now they have the goalscorer.

Arriving in the same season that the Toffees loaned in Lukaku, John Stones was a high-ceiling centre-back prospect from Barnsley. His ability on the ball caught the eye of the club, and over his time at Goodison Park, he developed sound defensive fundamentals.

Three seasons at the club saw Stones play 95 games for the first team, with him establishing himself as a go-to centre back in his inaugural campaign. On a cold New Year’s Day away trip to Stoke City, Stones played 90 minutes, featured a few times at right-back, but then held a starting place in the middle for 11 consecutive games. Injuries permitting, from then on, Stones was the first-choice centre-back.

Of course, his ability to play out from the back would pique the interest of a certain Pep Guardiola, who wanted to establish his philosophies immediately with his new club. Now, Manchester City have Stones as one of three key centre-backs and are very much among the favourites in the Champions League predictions. Presently, Manchester City have 7/2 odds of claiming the crown in the season ahead and will be determined to bounce back following their humiliating 1-0 defeat to the Blues on May 29th 2021. In fact, having fallen at the final hurdle last season, they’re tipped with having the best shot at claiming the crown.

As detailed in the Liverpool Echo feature, many thought that local lad Ross Barkley hadn’t developed enough to earn a big transfer by the time that Chelsea eventually snagged the talented midfielder. He was certainly a staple of the Everton set-up, but at 24-years-old, and for a cut-price January fee that was softened by an injury bout, he wasn’t quite ready for the jump to Chelsea.

For Chelsea, the number of games and minutes played has plummeted, consistently holding him in a rotation role for the past three-and-a-half seasons. Last season, he had to go out on loan to Aston Villa for some playing time. So, there’s a fair chance that he won’t end the season playing for a Champions League contender, but as of right now, Chelsea are being given an outside shot at defending their crown.

While Stones and Manchester City look primed to go all-in for the Champions League again this season, a Lukaku-powered Chelsea attack can’t be discounted just yet.

The Current State of Streaming