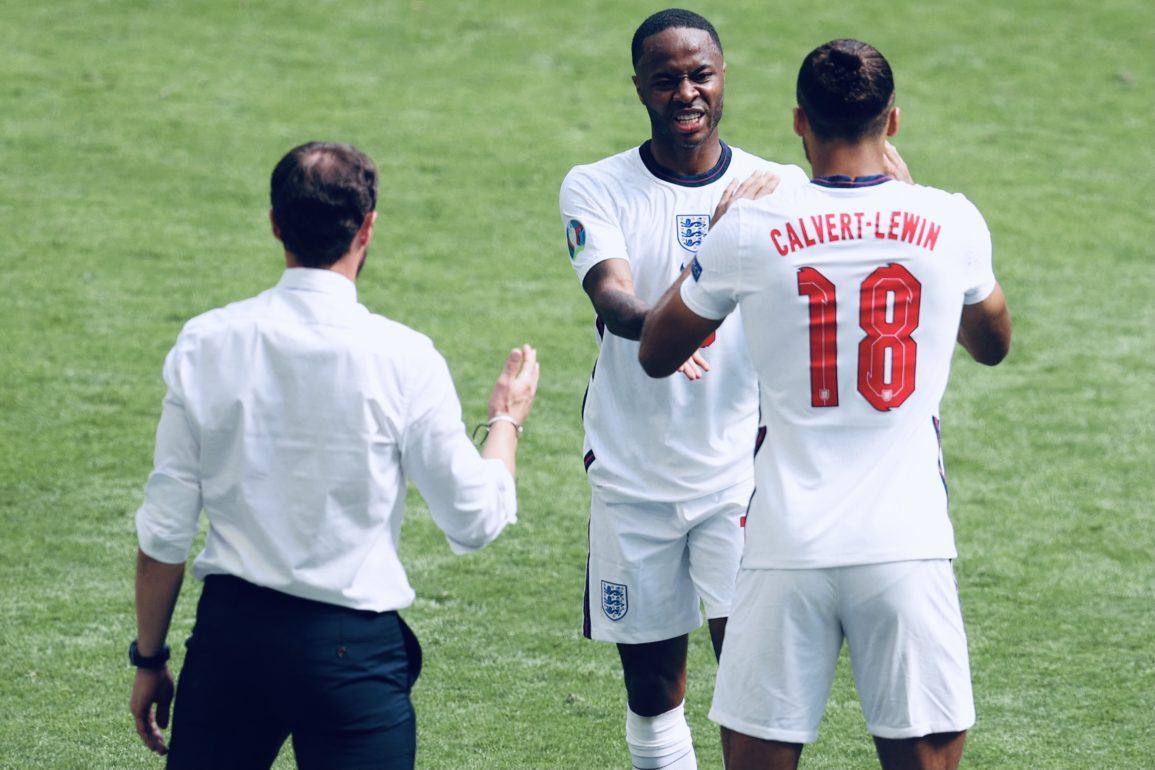 When will Gareth Southgate put faith in Dominic Calvert-Lewin?

Heading into Euro 2020 with the habitual fanfare of high expectations, England have yet to deliver convincing displays after their opening two matches of the tournament. Rather than the confident roar of the Three Lions, even with the benefit of home advantage, the team has thus far managed little more than a timid meow.

Harry Kane has been poor by his standards – largely ineffectual in the 1-0 victory against Croatia, then practically anonymous against Scotland. When the tip of the lance appears to be blunt, common sense would suggest using a sharper weapon. Despite seeming like an ideal option, thus far, Everton striker Dominic Calvert-Lewin has clocked just one minute of action, coming on as a stoppage-time substitute against Croatia.

Even though England failed to find a way through the stubborn Scottish defence, the team led by Gareth Southgate remains one of the outright favourites to win the tournament according to the latest betting on UEFA Euro 2020, where they valued at 13/2 odds. That said, there will need to be a significant improvement in performance levels to achieve that ambition.

Considering how Kane wasn’t making any impact against Scotland, who comfortably nullified any threat he might have offered, the game itself seemed ideally suited for throwing Calvert-Lewin into the mix. The 24-year-old has matured impressively since arriving at Goodison Park and flourished last season, registering an impressive tally of 21 goals in 39 appearances in all competitions.

Kane registered a total of 33 goals in all competitions in 49 outings with Tottenham Hotspur, including 8 goals in 8 Europa League appearances, which inevitably makes him the main attacking outlet for England, especially having scored 34 international goals in 56 games for his country. That being said, Kane has managed just 2 goals in 11 England appearances through 2020 and 2021.

During the same period of time and with one less appearance, Calvert-Lewin has registered twice the number of international goals in 2020 and 2021, scoring 4 goals in 10 appearances. Parked on the bench and watching patiently while Kane continues to struggle, one can only feel sympathy for the Everton striker, as he really could make a difference if Southgate would show a little more faith.

Pointing frustrated fingers of blame entirely at Kane is perhaps a little unfair. Any striker will struggle without a decent supply of chances, with England looking devoid of creative ideas going forward. Whenever deploying someone in the archetypal centre-forward role, they are mostly reliant on the creativity of others. Without that in good supply, scoring opportunities become limited unless a striker is also capable of crafting their own.

Trying to avoid any blue-tinted Evertonian bias here, Calvert-Lewin really should be starting the third and final Group D game against the Czech Republic. Kane is off the pace both physically and tactically, which is clear to anyone who watched the Croatia and Scotland games –maybe Southgate needs to be bold and pop the Spurs man on the bench.

Calvert-Lewin would be a like-for-like replacement for Kane, assuming that Southgate is reluctant to tinker too much tactically. However, the Everton striker is quicker Kane, great at getting on the end of set pieces, whilst also adept at making and taking his own chances. Hopefully, the opportunity will come before it’s too late to help England reach their ambitions at Euro 2020.