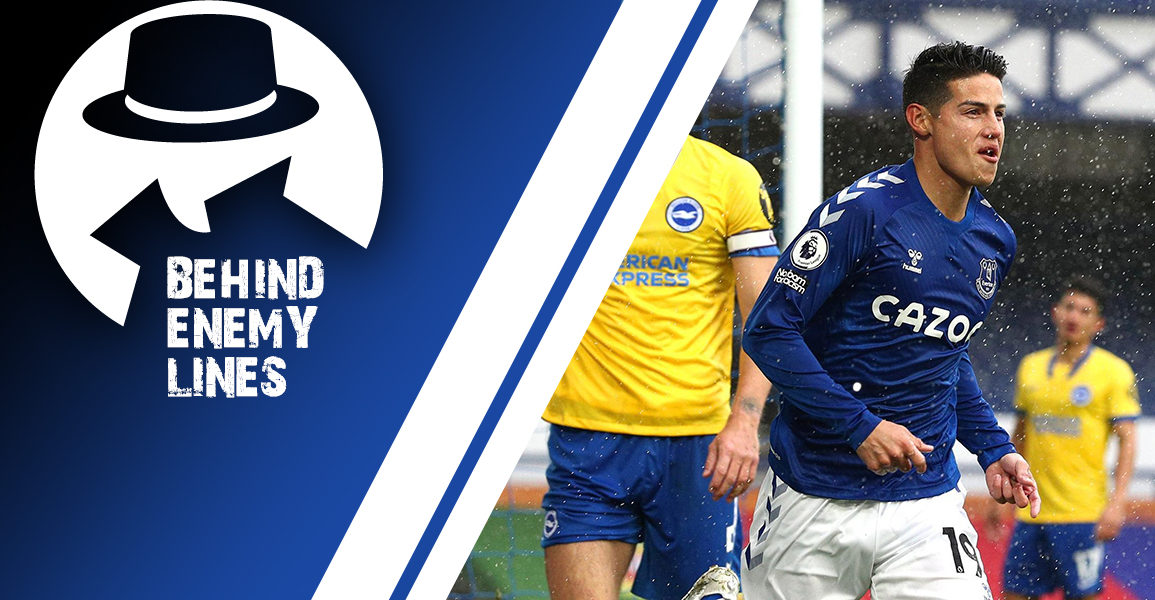 Behind Enemy Lines: Brighton (A)

A week off last Monday’s incredibly disappointing draw against Crystal Palace, Everton head down to the South Coast to take on Brighton at the American Express Community Stadium where they are yet to win since Brighton’s promotion in 2017. The Seagulls have consistently underperformed this season when compared to most metrics, which makes them a dangerous proposition considering that if they decide to be clinical across a 90-minute span, they are more than able to cause considerable damage to their opposition. Everton have been terribly inconsistent, but one pattern that has remained true is their tendency to pick up significantly more points on the road, which is a major point in Everton’s favour when you take into account the fact that Brighton have only won 2 Premier League home fixtures all season, the second of which came just two games ago against Newcastle. It’s simply a must-win game for Everton if they hope to keep a leg in the race for Europe, as the Toffees sit 5 points behind 6th place Liverpool with two games in hand.

This week on Behind Enemy Lines, I spoke to Andy Naylor, The Athletic’s Brighton & Hove Albion correspondent. Here’s how our conversation went:

Q: Brighton currently sit 16th with 32 points, 6 clear of 18th place Fulham, with two games in hand over the Cottagers. How are you feeling about Brighton’s season overall and how secure do you perceive Brighton’s spot in the Premier League next season to be?

A: I’m sure they are going to be fine. They have a handy cushion. The run-in is tough on paper, but they have demonstrated a capability to get results against anyone. Frustrating sums up the season overall, because they shouldn’t be where they are.

Q: There’s been no lack of coverage regarding the difference between Brighton’s xG and xPoints and what they have actually achieved this season. What are your thoughts about Graham Potter’s tenure thus far, and what do you think about his attractive, yet relatively ineffective, style of football?

A: What he has achieved so far is underestimated.  It’s not easy for a club of Brighton’s stature to change the way they play while retaining Premier League status. If you determine progress by finishing position alone, then it’s limited. The bigger picture is a younger, more dynamic squad with more depth and much higher resale value. If they’d taken more of their chances, they would be mid-table.

Q: Everton soundly defeated Brighton 4-2 at Goodison Park in October. What were your thoughts about that game and what do Brighton need to do differently in order to get the best of the Toffees this time around?

A: Defend better from set plays for starters! The first two goals were headers from a corner and free-kick. They defend well generally, restricting the number of chances opponents create in open play. Corners and free-kicks have been an issue. That is of particular concern against an Everton side with the highest number of headed goals in the league, not to mention lots of quality too. They couldn’t handle James Rodriguez at Goodison.

Q: What are your thoughts on Everton’s season thus far and on Carlo Ancelotti’s time in charge overall?

A: As it stands, Everton are one of the big improvers with West Ham and Aston Villa, compared to last season. Ancelotti is doing as well as I would have expected of a manager of his calibre. He assessed what was needed, they recruited well in the summer and are re-established as a top-six/eight club.

Q: Who will win the game at the Amex on Monday and why?

A: I’m going for 2-1 Brighton, not just out of blind optimism! They are due another big scalp at the Amex after beating Spurs in January. I’m also banking on Everton’s tendency to blow hot and cold.

So there we have it! I’m going to predict the same scoreline, but with the victors flipped. I have a feeling that Carlo Ancelotti’s side will find a way to win, if not only to restore Evertonians’ European hopes just to inevitably crush them again in a few games’ time. My thanks to Andy for speaking to me; you can find him on Twitter @AndyNaylorBHAFC. If you’d like to discuss this article or anything else with me, you can find me on Twitter @ParrettGost. Thanks for reading, and as always, Up The Toffees!