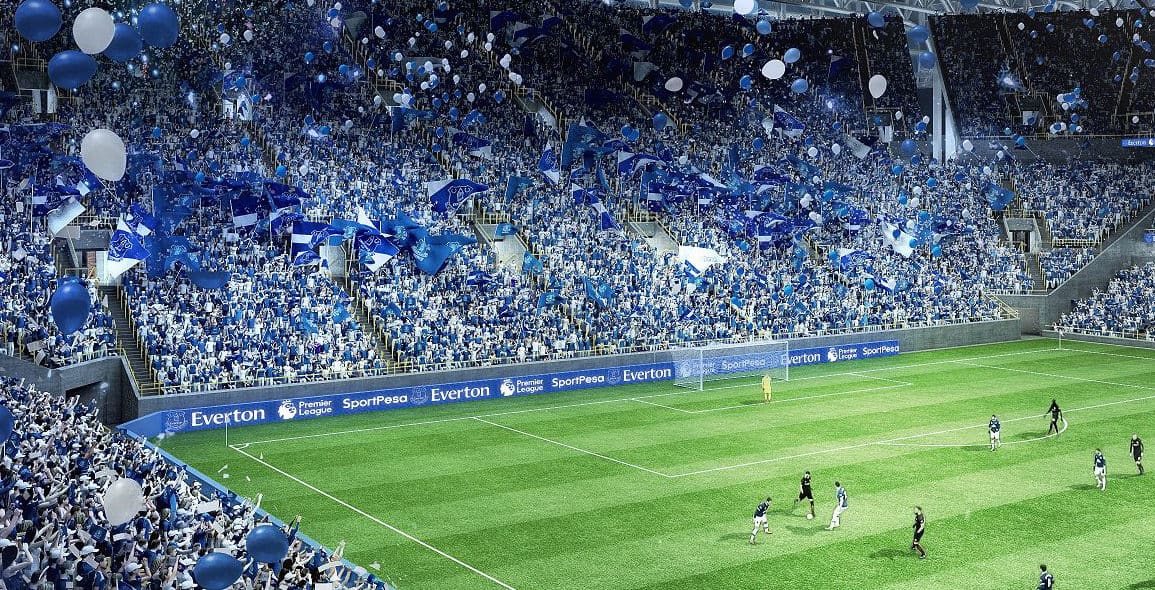 Everton’s plans to develop a new stadium at Bramley-Moore Dock in the north of Liverpool can proceed after the Club’s planning application received government approval.

Robert Jenrick, the Secretary of State for Housing, Communities and Local Government, has been reviewing the Club’s plans since last month.

That government review, standard practice for a development of the size and scale of Everton’s stadium plans, was conducted after Liverpool City Council’s Planning Committee had unanimously approved the plans on February 23.

The Club received written confirmation of the Secretary of State’s approval for the plans today.

The decision to approve a new 52,888-capacity waterfront arena allows the Club to complete its agreed acquisition of the site from Peel L&P and the funding solution for the project, ensuring the club can begin to make the plans a reality.

It is estimated that the stadium development and plans for a Goodison Legacy will deliver a £1.3bn boost to the economy, create more than 15,000 jobs and attract 1.4m new visitors to the city.

On such a momentous day, the football club would like to thank every Evertonian, along with the many organisations, the tens of thousands of people across the city region and the team of dedicated staff who have played a vital role in ensuring the Club reached today’s milestone.