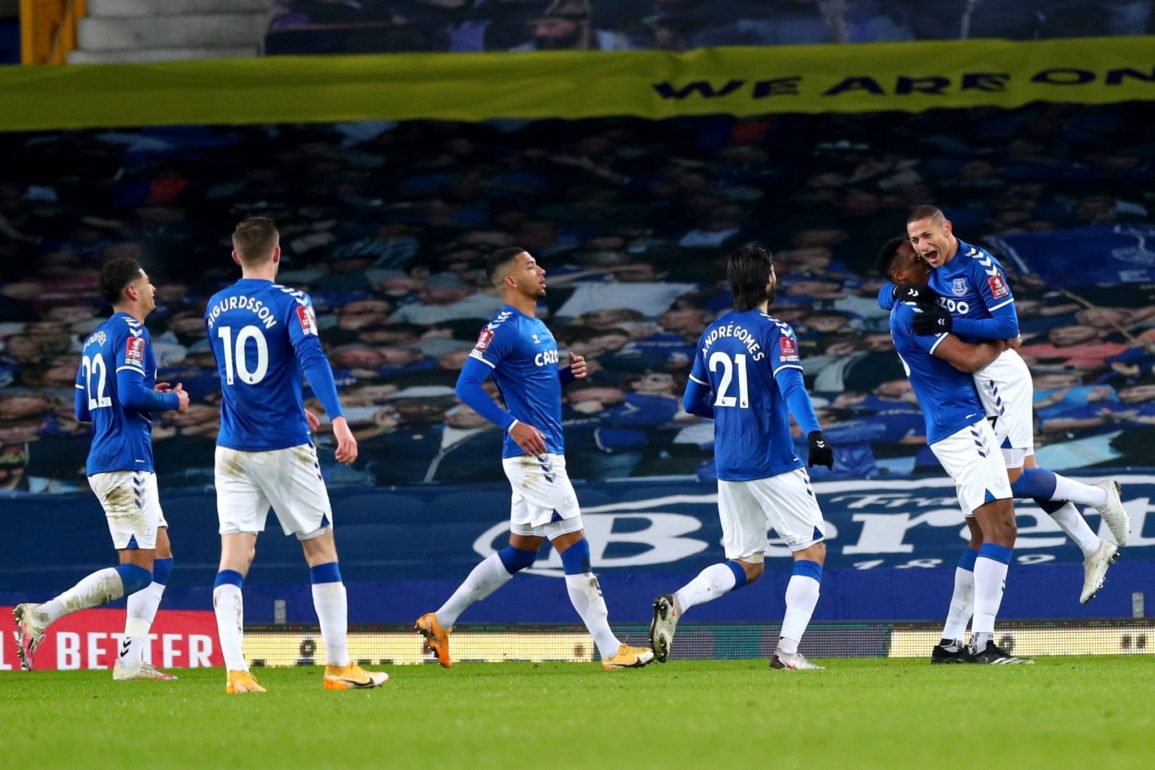 Welcome back to Everton Power Rankings, the series where I countdown Everton’s Top 5 players at the moment as adjudged by yours truly based on their performance, impact, consistency, and importance to the team. Although the series updates monthly, the rankings are not solely based on the past month’s fixtures, but I will consider them more heavily during my deliberation in comparison to earlier parts of the season. This way, we will have monthly updates to the rankings that are still relevant to recent matches which will eventually culminate in my end of season rankings. Without further ado, here are my most recent Everton Power Rankings. (Quick Note: I will be including the first two games of February in my thought process.).

It did not take long at all for Lucas Digne to remind us of his quality after his return from the ankle break which saw him miss 7 Premier League matches. Upon his return to Top-Flight action, he provided a lovely assist for Alex Iwobi’s opening goal at Molineux within 10 minutes of being back on the pitch for the first time after surgery and a month and a half break. He was then employed at LM against Leicester City, which proved to not be very effective, and didn’t have a great game against Newcastle (who did?). However, he was brilliant against Leeds and provided yet another assist, this time with an inch-perfect cross to Gylfi Sigurdsson, which now brings him up to 6 on the season in just 13 games played. It’s great to have you back, Lucas.

Throughout Allan’s absence, Carlo Ancelotti has relied heavily upon the other new signing in Everton’s midfield, Abdoulaye Doucoure. The Frenchman has played in every single Premier League match in which he was eligible, and has become one of the first names on the team sheet week-in and week-out. His absence was dearly felt in the draw against Leicester, as Everton failed to control the game for most of the match without the energy and physical dominance of Doucoure in midfield. Against United, The Duke, as he is affectionately known, chipped in with his second goal and third assist on the season in the match at Old Trafford, and was subsequently played a huge role in Everton’s unlikely comeback in the second half. I personally cannot wait to see Allan and Doucoure’s partnership be rekindled upon the Brazilian’s return, but you have to give credit to Doucoure for the job he’s done in the meantime.

It’s so great to have James playing every week now. He seems to have finally found a consistent bit of fitness, and boy has it been welcome. The Colombian hasn’t seemed to miss a beat, immediately contributing to the opening goal in the Wolves game as well as providing an absolute masterclass in the FA Cup against Sheffield Wednesday. Three days later he scored an absolute belter of a goal with his right peg against Leicester and bagged again at Old Trafford to level the scores at 2 early in the second half. Simply put, it’s an extraordinary pleasure to watch a player like James pull on your club’s kit and wave his wand of a left foot around like it’s nothing. Sometimes I feel the need to pinch myself to make sure this is real and that I really get to watch James Rodriguez play football for Everton for the next few seasons to come. What a player.

The goal drought is well and truly over, as DCL has refound his scoring touch, bagging three in his last four games in all competitions at the time of writing. The English International finally broke back onto the scoresheet in the 3-0 victory over Wednesday in the FA Cup, and then went on to score in consecutive league appearances against Leeds United and Manchester United with two poacher’s goals. I well and truly believe that his last-gasp equalizer at Old Trafford will mark the return of his talismanic form and that we will soon watch him scoring like it’s October again. And to think that at the beginning of last season I was saying he was Championship standard! The man has proven a lot of people wrong, Evertonians included, and boy am I glad. I’ve never been so thrilled to be mistaken.

Okay, before you come for my head in the comments, hear me out. Over the past two months, who has been Everton’s best player? Allan’s been out, James missed significant time, and DCL was kept off the scoresheet for 7 games running. For me, the clear answer to that question is the young Ben Godfrey, Everton’s deadline day signing in the summer who is proving to be an absolute steal at £20 million and a new fan favourite at the club. Ever since Lucas Digne’s initial injury, Godfrey has stolen the headlines as far as I’m concerned, showcasing his pace, power, and defensive prowess play at a position completely unfamiliar to him during any stage of his career. Despite that, he delivered MOTM performances against Chelsea, Arsenal, and maybe even Leicester, and Carlo Ancelotti deemed him so good that upon Digne’s return to the squad, the Italian moved Godfrey into centre-back because he is simply undroppable at the moment. When we signed the former Norwich defender, I had a feeling it would be a very smart acquisition, but I had always viewed him as one for the future. I did not expect him to be this good, this quick. In my eyes, he’s been so good that he deserves the #1 spot in this edition of the Everton Power Rankings.