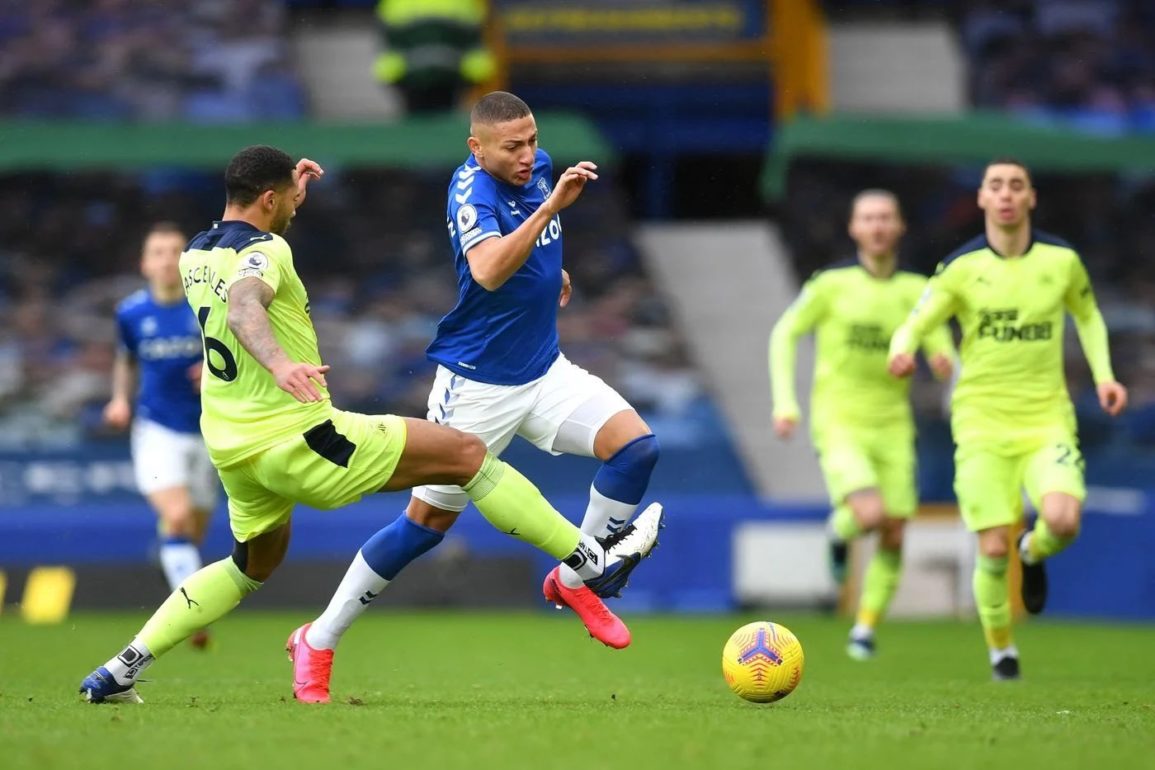 Everton put in an embarrassing performance and suffered a 2-0 defeat to Newcastle.

Callum Wilson’s double condemned Everton to a deserved defeat and gave Newcastle their first win in the Premier League for the first time since mid-December to pull away from the drop zone.

Here’s your chance to rate each player’s performance.

It was an utterly embarrassing performance and result for Everton as they fell 2-0 to a struggling Newcastle side at home. Let’s just get this over with, shall we? Here are my player ratings for the game I willingly woke up at 4:30 AM to watch here in California. Lovely. I apologize in advance for the brevity of my explanations.

Pickford made one reasonable save from a Callum Wilson free header. Otherwise, he was unable to make the two other saves he needed to, but neither were his fault. An expertly finished unmarked header, and a stoppage-time counter-attack while both center halves were playing striker.

The Skipper didn’t get involved in the attack until it was too late. Defensively he was alright, I suppose.

I’m sorry but how in the world do you let Callum Wilson get that wide open in the box from a corner? Unacceptable defending.

*Clears throat* I’m sorry but how in the world do you let Callum Wilson get that wide open in the box from a corner? Unacceptable defending.

Lucas Digne couldn’t hit a barn door with his crossing today. He was awful. Let’s just admit it. But I can’t hold it against the guy considering he’s just made a miraculous recovery after ankle surgery. He’s still class, but today was potentially his worst performance in an Everton shirt.

At times in the second half, Doucoure had so much time and space on the ball just ahead of the center backs, but he didn’t even attempt a pass to break the lines. It was 5 yard balls each time. His range of passing is essentially non-existent, or at least it was today.

I honestly still can’t wrap my mind around how Gylfi Sigurdsson stayed on the pitch for the whole 90 minutes, let alone over Alex Iwobi. Sigurdsson was bad. I don’t need to tell you that for you to know it.

To be fair to James, it was hard for him to do much considering he was offered quite literally no protection by the referee and was probably fouled over 10 times if the ref had called it fairly. He then made one foul and was booked. Consistency. James wasn’t sharp today. That was clear.

Iwobi simply didn’t get very involved. I’m shocked he was subbed off instead of Sigurdsson. That was the wrong decision from Carlo Ancelotti if it had nothing to do with the Nigerian’s fitness. He provides at least some spark.

Had a few decent turns and one shot on target, but was quiet overall. Not much else to note. He’s not been great this year, has he. All those talks about playing in the Champions League, but at the moment he doesn’t deserve to.

The goal drought continues, but did DCL have any decent service whatsoever today? No. It’s still very concerning to see the English International kept off the scoresheet for so long, nonetheless.