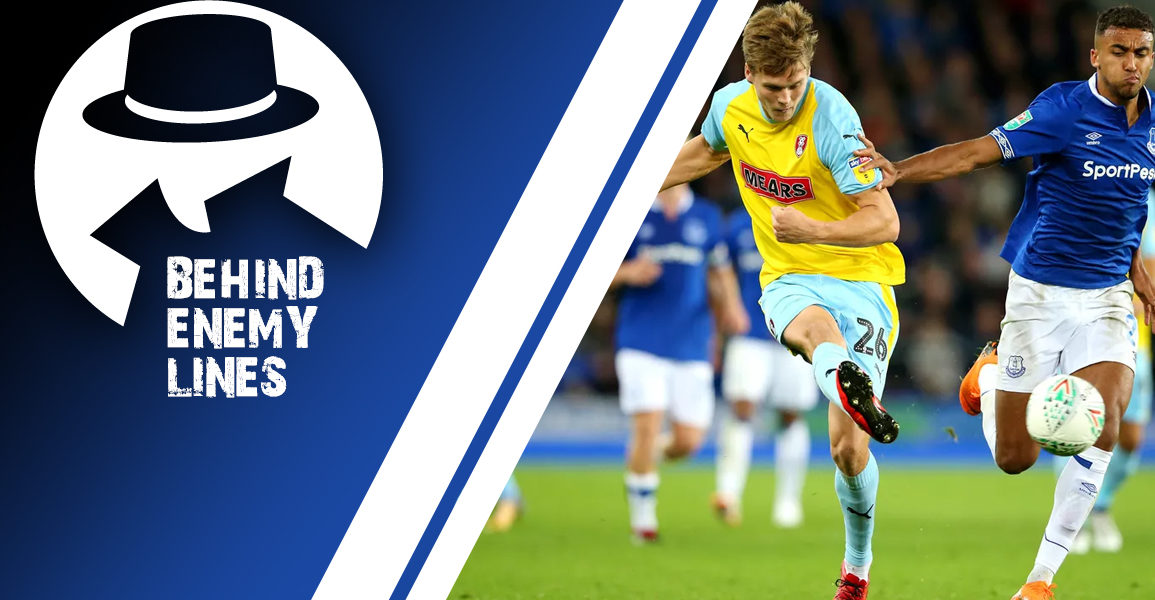 Everton kick off their FA Cup campaign with a 3rd round match-up against Championship side Rotherham United at Goodison Park on Saturday.

Last season’s campaign in the prestigious competition ended pre-maturely at Anfield after what was an embarrassing loss to a highly rotated Liverpool side. Let’s hope Everton’s cup run this season gets off to a better start. January looks to be a very encouraging month for the Toffees, as the return of Lucas Digne and Allan loom on the horizon as well as the much-anticipated return of Jean-Phillipe Gbamin more than 504 days (at the time of writing) since his initial hamstring injury in August of 2019.

Despite starting 2021 with a loss at home to David Moyes’ West Ham, Carlo Ancelotti’s squad find themselves 4 points off the top of the table with a game in hand after the cancellation of the City game. Although the Hammers successfully killed a lot of the Blues’ momentum, a big win in the FA Cup 3rd round could do wonders to get the train moving in the right direction again. With big games against Wolves, Villa, and Leicester to come in the Premier League, not only the result but also the way in which it is obtained is of real importance for Everton, who will need to be in top form to come out of January still in the European places. The first step in that is defeating Rotherham United.

On this edition of Behind Enemy Lines, Matt Goodwin, a football writer who also happens to be the Club Commentator for Saturday’s opponents Rotherham United. Here is our conversation:

Q: Apart from our cup tie in August of 2018, most Evertonians won’t know much about Rotherham United. What can you tell us about the club and why do you support it?

A: I think it’s fair to say that, generally speaking, the last decade has been a successful period for the club. Five of the last seven seasons have been spent in the Championship, which is a huge league these days with many big spenders. It still only seems like yesterday that the club was playing in the fourth tier at Don Valley Stadium (in Sheffield) having been effectively booted out of their famous old ground, Millmoor. Credit has to go to Chairman Tony Stewart for bringing the club ‘home’ and running a very efficient and tight ship, all from a great little stadium that the fans are rightly proud of. I love commentating on the Millers because they are a very honest bunch of players who work their socks off and are probably one of the fittest teams in the league, which is a true reflection of the manager, Paul Warne, and his coaching staff. They really just ‘get’ Rotherham United, which is a fantastic, community-based club.

Q: Rotherham United have struggled in the Championship this season after promotion from League One in 2019/20. How would you describe this campaign so far and what have been the biggest problems for them that have led to The Millers currently sitting in 23rd?

A: The Millers knew that it would be a ‘struggle’ against so many rich teams flush with parachute payments, but they haven’t been helped by injuries. This isn’t an excuse, it’s definitely more a ‘reason’ that they’ve simply been blighted by long-term injuries to key players in the team. Clark Robertson and Chieodozie Ogbene are two talented players that have been a big miss for Paul Warne, along with a niggling injury for on-loan goalkeeper Jamal Blackman who was playing through the pain until recently. However, some teams have struggled themselves against the Millers (Preston/Bristol City) and their high energy closing down the opposition as well as their big physical presence. I think a big thing for the team is finding protection from the second goal. Because so many teams have quality in the final third, it’s difficult to keep sides out, and there have been a few occasions where points have been lost late on; notably Huddersfield at home and Birmingham and Blackburn away.

Q: Who are the standout players in Rotherham’s squad? Who should Everton fans be looking out for on Saturday?

A: As said above, it would probably have been the quick and tricky winger ‘Chieo’ Ogbene, but he isn’t due back for another month or so! Personally, I’m a big fan of the old-fashioned centre-forward Michael Smith, but the transfer ‘coup’ was the acquisition of Dan Barlaser from Newcastle. Paul Warne has described him as his ‘Quarterback’ in some respects. He has an old head on young shoulders and loves to put his foot on the ball in central midfield and spray balls out wide and in front. His set-pieces are also first-class. He has the quality and accuracy to float in corners that have a seemingly-perfect trajectory which are a nightmare for defenders and the ideal invite for centre-halves and big strikers to attack.

Q: What are your thoughts on Everton’s season thus far? Where do you think we will finish?

A: I think, first and foremost, the arrival of Carlo Ancelotti just over a year ago helped the club take a big step forward in that, subsequently, it has helped – and will help – attract a higher calibre of player (notably James Rodriguez). It has been great to see two Yorkshire lads thrive too, in Mason Holgate and Dominic Calvert-Lewin. Let’s not mention where they’re specifically from, though – we’ll just call them ‘Yorkshire lads’! I think a top-six finish isn’t unrealistic for the Toffees. There have been some brilliant results against the likes of Chelsea and Leicester which prove they can compete. It’s the dropping of points against bottom-half opposition that must be the most frustrating for fans and, ultimately, what might cost a place in Europe. It probably depends on who arrives this month to help them kick on, but I always find the January transfer window yields panic-buying at its finest across the English leagues in general.

Q: What is your prediction for Saturday’s game at Goodison Park?

I have to be optimistic, don’t I?! Well, in an ideal world I would love to have seen Everton come to South Yorkshire as I’m fairly certain they’ve never visited the New York. The thing is, the Millers are used to playing the underdog in the large majority of games so far this season, so they have nothing to lose once again. I always fancy the Millers from set-plays, so if they can nick one and have a lucky day at the back against all of Everton’s quality, I’ll go for a 1-1 draw.

So there we have it! Although I appreciate the optimism, I think Everton will have too much quality for a depleted Rotherham United side to deal with, and so I’ll go for a 3-0 victory for the Toffees. My thanks again to Matt Goodwin, who you can find on Twitter @MattyGoodwin or commentating for Rotherham United themselves. Hopefully, I will be able to write my normal player ratings article directly after full-time, but I am moving back down to my University on Saturday so that remains up in the air. Either way, you will still be able to have your say in the ratings with our new and improved system. Thank you all for reading, and as always, Up the Toffees!