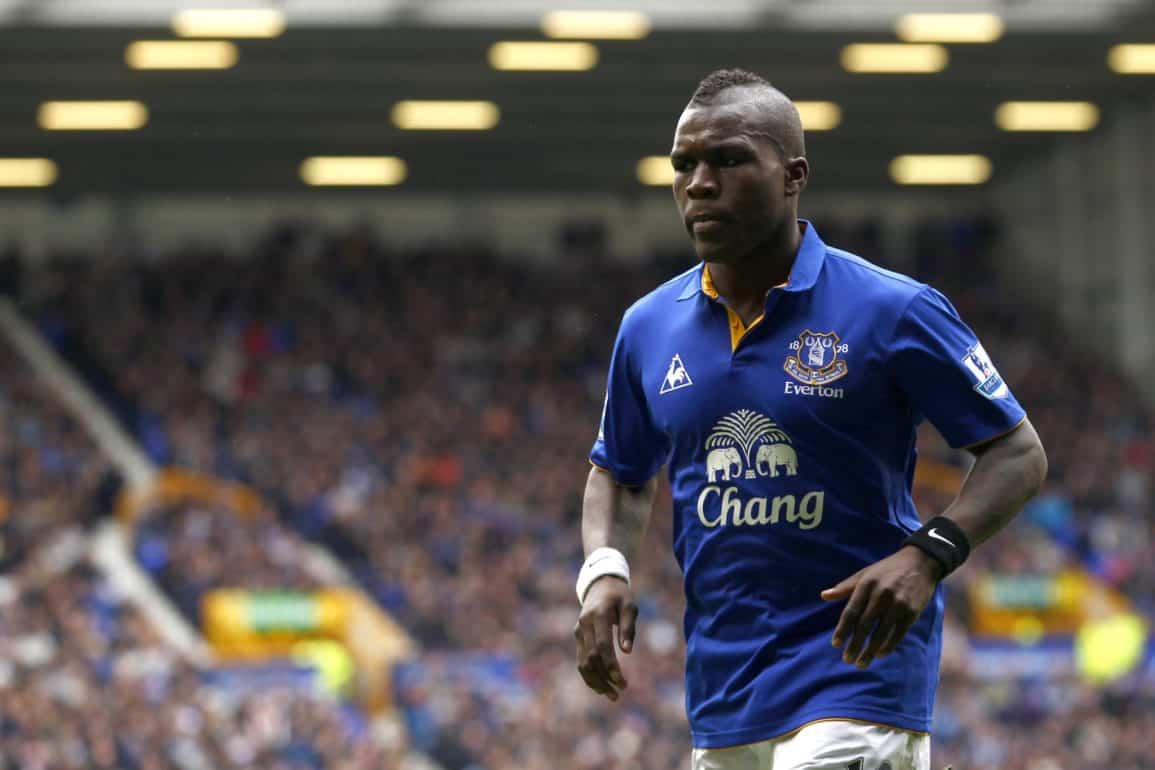 “We are going to Newcastle to win because we are boys with big balls.” – Drenthe before playing Newcastle Utd at St James’ Park. We lost 2-1.

Past the misunderstood 70’s, over the brilliant 80’s, under the depressing 90’s, and through the hard working Noughties. Our wallet is empty, Mikel Arteta is about to leave for Arsenal, and it’s Transfer Deadline Day, traditionally a depressing time for blues. David Moyes brings in Royston Drenthe. He’s a winger and we know all about Dutch wide boys. He’s described as “so disorganised he probably keeps his shoes in the freezer.”

Instantly we all stampeded towards YouTube to see what this lad was about. When we typed in ROYSTON DRENTHE we got some weird results back. Rap videos. Skateboarding. The swish swish swish of his dreadlocks and the swoosh swoosh swoosh of his Nikes. We saw a Kung Fu kick that put Nigel de Jong’s to shame. We saw Johnny Heitinga ripping him down for the most blatant penalty in history. I think, if you looked hard enough, you could have seen the outline of a straitjacket under Royston’s football shirt.

Many of us were unimpressed, but he was at least exciting.

2011 Everton resembled a gaggle of drowsy Sunday drivers, complete with dodgy gear changes that sound like rusty coughs, and Radio 4 gently wafting through their radios. One Everton match, away to Wigan, was an ode to tectonic movement. Royston Drenthe definitely wasn’t Radio 4. He was exciting and dangerous, James Dean in a Porsche Spyder, hurtling towards doom but doing it in style.

“With my wife, you mean?” – Drenthe answering the question “how often do you have sex?”

A squall of excitement fell on Goodison when Royston came on, accompanied by a smattering of groans. No one really knew what he was about to do. Did Royston even know? He could cuff the ball around the ears from miles out and score, he could take 4 players on at once, or he could stumble over his own bootlaces. His short 15 minute appearance at the end of our 2-0 win over Chelsea was perhaps the rarest sight of all. Royston actually played sensibly, and ran diligently, with no obvious madness and a fair amount of discipline. Discipline?! It was almost disappointing.

When Royston talks about his childhood he mentions a moment where he “had to choose” between his two passions, skating and football. It’s obvious why he liked both, he likes a trick does Royston, be it on a half pipe or shimmying towards goal. Sometimes the tricks didn’t work though. Often the tricks didn’t work. An extravagant swordsman swishing and slashing to his heart’s content (Royston), stopped dead by a lapidary Indiana Jones gunshot (defenders).

This is the man who described his time at Feyenoord as “beautiful” but threatened them with legal action if they didn’t let him go to Real Madrid. The man who was a disaster at Real, slipping, sliding, and shinning balls wide, even driving into a police car at the behest of his SatNav. Madridistas called him “Accidrenthe.” Royston had a rough time on loan at Hércules too, unfairly mauled by fans and eventually hounded out of town – president Valentín Botella claimed that the team had been relegated because of Royston. And here he was. At Everton, under a manager with a track record of clipping the wings of his wide men, and valuing regimented discipline above all else.

Remarkably, when Royston came on against Fulham in the FA Cup, he refused to obey a direct David Moyes order, somehow ignored Johnny Heitinga, and lived to tell the tale…

Was Davey Moyes mellowing in his old age? Was this the moment that he turned from the sharpest of Scottish cheddars into a soft squidgy Babybel? It turned out to be merely a stay of execution. .

Royston played football like kids play videogames. Sometimes getting so excited he rips the controller out of it’s socket, other times turning into an irritable button basher. Occasionally he’s inspired, bamboozling pixels and players alike.

50 years ago we had a troublesome Royston, but he eventually won us the title. This Royston came nowhere close. Perhaps, just perhaps, a man as infused with adrenalin and prone to stomach ulcers as Royston is, is the last person who should be guzzling Red Bull.

The truth though, is that Royston and Moyes were always going to be the oddest of couples. Eventually his ill discipIine became too much. Alcohol, women, phlegm flecked arguments with his manager, and eventually missing the team bus to our FA Cup semi final against Liverpool. Our team of Sunday drivers lost that game, and I’d have loved Roystin to score against Liverpool…again.

That was his last chance.

“Now I can’t believe I blew it at ­Everton. It is one of the most fantastic clubs in the Premier League. My ­attitude and poor mentality are the reasons I ruined my career there.” – Royston Drenthe

After Everton came a series of little known and impossible to spell teams: FC Spartak Vladikavkaz, Kayseri Erciyesspor, a loan at Sheffield Wednesday here, a rap album there. Nominally retired from football at 29, he’s now bankrupt at 33.

Royston was a disaster at Everton, and as a footballer in general. He just didn’t listen, neither to (bank) managers nor alarm clocks, but he’s worth writing about.