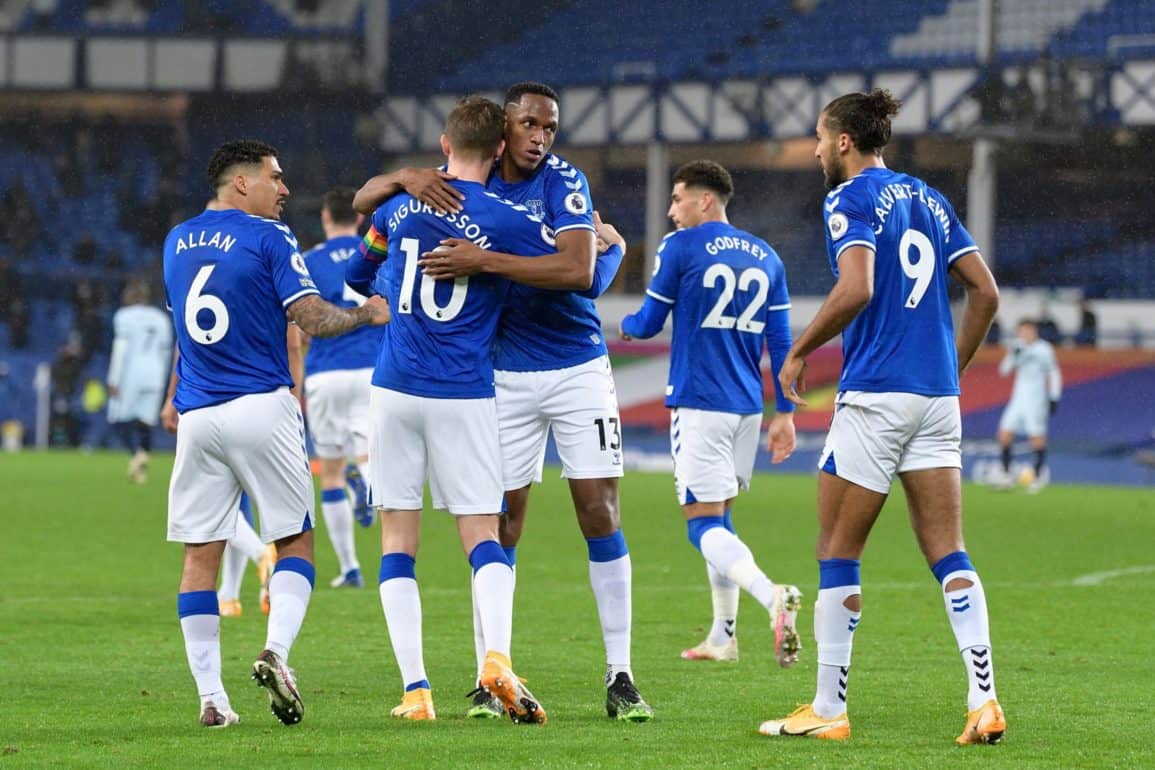 It was a desperately needed victory for Everton at Goodison Park against title contenders Chelsea in a hard-fought battle that saw Gylfi Sigurdsson of all people find the winner from the penalty spot.

Despite conceding the vast majority of the ball throughout the game, Everton defended very effectively and carried a lot of threat on the counter when Chelsea pushed high, which was nearly the entire match.

Despite a few scares, Everton restricted the Londoners to very few clear cut chances, as they only registered 3 shots on target. They also uncharacteristically did not ever look like conceding when killing the game off in the final 15 minutes or so.

The contrast in defensive quality between this game and the rest of the season was clear to see and a clean-sheet against the second-highest scoring team in the league is a testament to Carlo Ancelotti’s pre-match comments about how hard the Toffees have been working on the defensive side of their game.

In the end, it was Gylfi Sigurdsson’s penalty kick conversion that won all three points for the Blues, and Everton have started a very testing holiday period with their third consecutive home victory against Chelsea. Here are my player ratings for Everton’s crucial victory on Saturday night.

Ten minutes isn’t enough for me to grade the Portuguese, but he held the ball effectively in the Chelsea final third and was very useful in the time-killing operation required at the end of the game.

I think the only time Tom touched the ball was when he chested down and cleared a desperate Chelsea cross in stoppage time.

He had a few nice passes and an interception, I believe. His job was to not concede I suppose, and he succeeded!