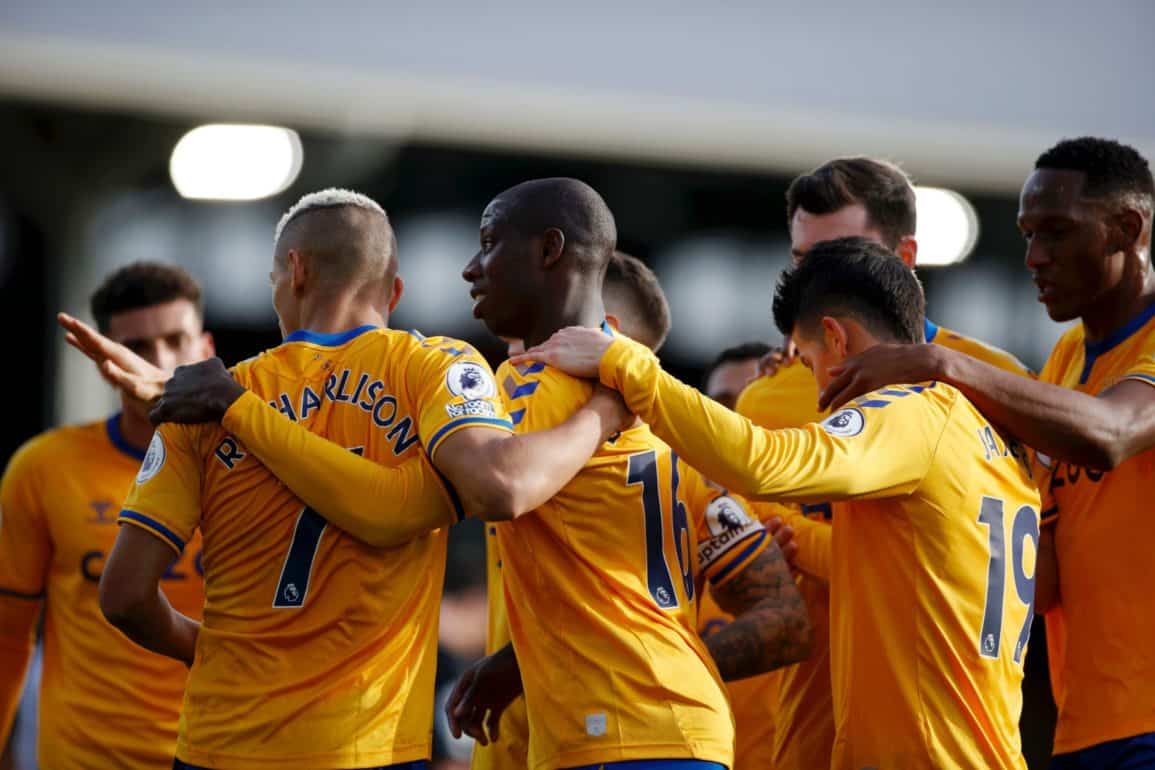 Four games in November for the boys in Royal Blue and if we’re brutal in a quick assessment, apart from a decent first half in the game at Fulham and some aspects of the home loss to Leeds, much of the rest of the month was, to say the least, a huge disappointment.

A poor showing away at St.James’s Park wasn’t helped by the absence of Lucas Digne following his harsh sending off at Southampton. Even more alarming for many Blues fans was we made a distinctly average Newcastle look half decent and trailing two nil into injury time, that was endorsed by Dominic Calvert-Lewin converting the consolation goal perfectly and making us wonder what might have been had we been more aggressive in possession.

Manchester United arrived at Goodison looking disjointed, struggling for form and ripe for a three-point plucking however, once Bruno Fernandez equalised with a free header after Bernard had given the Blues a deserved lead, it was Everton who looked more disjointed. Fernandez floated a go-ahead goal and in the second half could have seen a couple of yellow cards for poor challenges before he laid on the clinching goal for Edison Cavani to open his Premier League account.

The international break gave everyone a chance to refresh themselves and with Richarlison back from suspension it was he who panicked Fulham into an early mistake to present DCL with yet another early marker. Fulham carved their way through to tie the game up but, by the half time break, an impressive display on the right from Alex Iwobi and a couple of superb moves involving James Rodriguez and Lucas Digne saw another strike from DCL and an excellent third from the head of Abdoulaye Doucoure. Where the first half had been entertaining and largely a half of football we could all get on board with, the second half was the exact polar opposite. Fulham were re-invigorated and despite missing a comical penalty, reduced the arrears and gave Everton a thorough examining before the relief of the final whistle finally sounded.

And so to the return to Goodison of Leeds United after a 16-year break and this new, Marcelo Bielsa inspired Leeds deservedly took the points in another entertaining – for the neutrals watching – encounter. Everton were unlucky to have two ‘goals’ disallowed and we did play some decent attacking football without being clinical enough in front of goal. Leeds though showed they’re not going to be anybody’s pushover this season as they clearly understand all their individual and collective roles in the game plans Bielsa designs for them. They outran, out-pressed an Everton side who ran out of ideas. Granted, it was an Everton side with Tom Davies and Alex Iwobi playing in unaccustomed roles as wing backs and whilst they didn’t let themselves down, Leeds always looked the more likely to take the points.

So, a disappointing return of just three points from a possible twelve and yet incredibly, heading into the first weekend of December, Everton sit in 8th place only five points behind leaders Spurs. With a tough December schedule ahead of them including a Carabao Cup quarterfinal against Manchester United, beginning the festive fixtures with a trip to struggling Burnley was hopefully the start of a better month for the Blues.

To the four Man of the Match awards as voted by the fans on the GrandOldTeam.com forum, and as with October, we had different winners for each game. Topping the poll for the trip to Newcastle was goalie Robin Olsen while leading the way in the lowest poll of the season to date for the Manchester United game was goalscorer Bernard. Not surprisingly, his brace of goals at Craven Cottage took Dominic Calvert-Lewin comfortably clear of Alex Iwobi for the Fulham game and what started out as another two horse race for the Leeds game became a runaway victory for Brazilian midfielder Allan for his second MotM of the season.

As we always say, GrandOldTeam.com takes pride in offering the quickest match report service and we encourage all Blues to vote in our Man of the Match polls. Every vote goes towards these Player of the Month awards and the ultimate accolade at seasons end, the awarding of the GrandOldTeam.com Player of the Season trophy.

Having dispensed with the ubiquitous plug for GOT, the forum and polls, let’s get to the golden envelope business and on with the top three vote recipients and the PotM result, and in time honoured fashion, here’s the result in ascending order of the votes cast… with a very slim margin separating the top two vote winners.

In third place, for his encouraging display in goal at Newcastle was… Robin Olsen.

With three more goals to add to his excellent start to the season for both club and country, second place goes to… Dominic Calvert-Lewin.

Leading the way and displaying the kind of midfield tenacity we really need and securing just under 23% of the total votes cast, our winner, the congratulations go to the GOT Player of the Month for November… Allan.