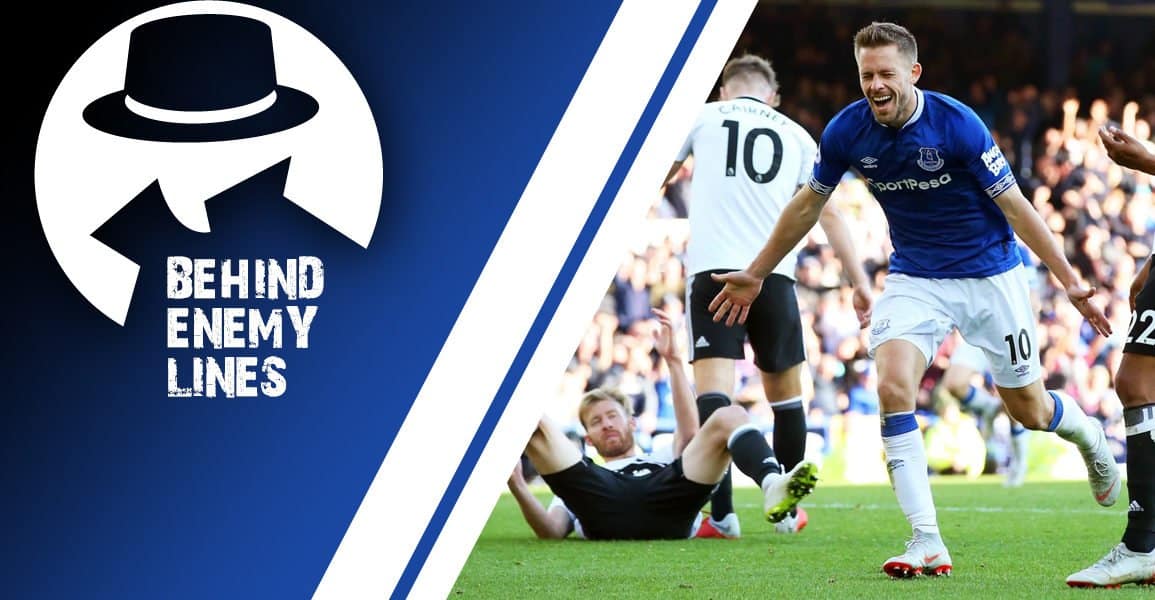 Behind Enemy Lines: Fulham (A)

Everton look to bounce back after 3 successive defeats against relegation favourites Fulham at Craven Cottage on Sunday.

It’s been a tough few weeks for Everton since the Derby draw, but this weekend’s fixture is the perfect opportunity to regroup after the international break and right the wrongs of the recent slump.

Besides the recent injury to Seamus Coleman while on international duty, Everton look to have their first choice XI available for the first time in a month, with Richarlison finally returning from suspension after his dangerous tackle on Thiago Alcantara. Everton have still not won a Premier League game in which he did not play since his arrival at the club, but fortunately are not presented with that situation this week.

Fulham enter the match off the back of a tough loss at the London Stadium in which former Everton youngster Ademola Lookman attempted a panenka penalty to equalize late in the match but was comfortably denied by Fabianski and was heavily criticized, and fairly so, in the aftermath. It’s safe to say that Evertonians should be expecting and demanding a win in order to get the season back on track.

On this edition of Behind Enemy Lines, I spoke to Ben from the Fulhamish Podcast to gauge his thoughts before Sunday’s early kickoff.

Q: Fulham currently sit in 17th, one point clear of the drop zone. What has gone well and what has gone wrong for the Cottagers and how can they escape relegation?

A: In the early portion of the season, it’s easier to list the things that went wrong for Fulham. We had an uncompetitive back-line that was incredibly porous, a slow and lethargic passing style, and a formation with very little structure. However, since deadline day there has been an uptick in form and we have been unlucky not to secure wins against Sheffield United, and a draw against West Ham. Defensive reinforcements have been bought in and finally, Parker has found balance in the midfield. Ultimately, we are going to need more goals to avoid relegation, but there are certainly green shoots for Fulham.

Q: What are your thoughts on Fulham’s transfer business and what do you believe is Scott Parker’s long term plan for Fulham?

A: Our transfer business has been a mix of securing PL calibre players on loan who can shore Fulham up, such as Joachim Andersen, Ruben-Loftus Cheek, and Ola Aina, whilst also adding in a very talented crop of players who have great potential for very little cost in Antonee Robinson, Tosin Adarabioyo and Kenny Tete. Our downfall is that our Director of Football left Fulham to be incredibly uncompetitive in the opening 5 games of the season as his attention was on wrestling and the Jags. Scott has transformed Fulham a few times, from a passing heavy team replicating Jokanovic football, to a sturdy team that holds on to slim leads. Now it seems to be about building from the back and using the transitions more efficiently, which is beginning to come to the fore now. Scott is talented and I hope we stick with him.

Q: One of Fulham’s stand out performers so far, panenka penalty aside, is former Everton starlet Ademola Lookman. What has he added to Parker’s squad since his arrival?

A: Undoubtedly Ademola has brought to Fulham unrivaled pace, the ability to take on defenders in dangerous areas, and the ability to conjure something out of nothing. There are times where he needs to release the ball quicker, and you’d like to see him convert more chances, but it’ll come eventually as he matures. There is no debate that he has been one of our best performers this season.

Q: After a hot start, Everton have now lost 3 games running since Richarlison‘s suspension. Where do you think Everton will eventually finish and why?

A: 6th. Ancelotti has done some wonderful things with Everton and, in my opinion, is one of the greatest managers in the world. However, when the key players aren’t there, there does seem to be a drop off in the quality of play. Against Newcastle the passing was very slow, lethargic and lacked aggression. With key players back Everton can pick up form, but does seem to be hinging around that trio of Richarlison, James and DCL.

Q: Who will win the match at Craven Cottage on Sunday?

So there we have it! I personally think a draw is quite bit optimistic from Fulham’s point of view, especially considering the Toffees will be bringing a potentially fully fit XI. I personally expect nothing but a win from this match, and will be very disappointed with anything less than the three points. I’ll go for a 4-1 win on the road. My thanks to Ben, you can find the Fulhamish Podcast on Twitter @FulhamishPod! Thank you for reading, and I’ll see you all for my Player Ratings article directly after what will hopefully be a big victory for the Blues. Up The Toffees!