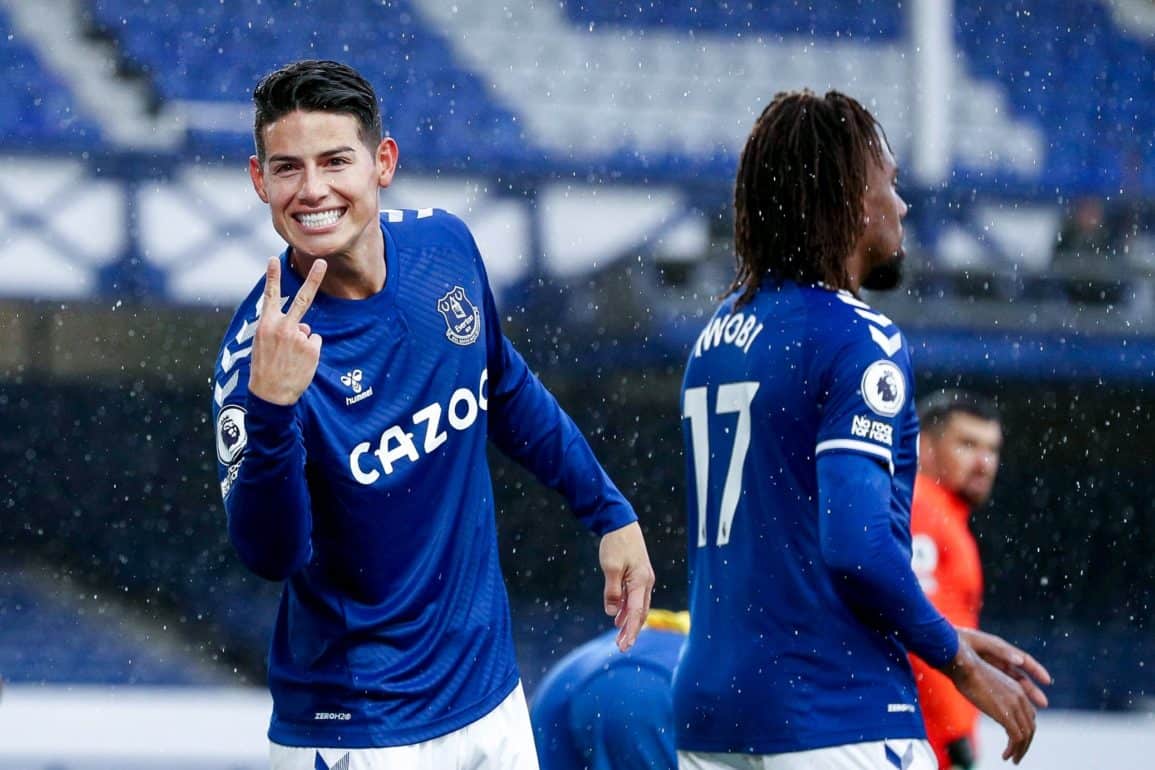 Diamond in the rough patch

Us Blues have finally stopped pinching ourselves. Carlo Ancelotti is our boss and we did secure the services of 2014 World Cup Golden Boot winner James Rodriguez in the summer transfer window. The Goodison faithful is daring to dream that our great club can be great once more. A fine start to both Premier league and Carabao Cup life saw goals galore and one or two detractors start to feel uneasy in their seats as Everton cut through opposing teams, much to the delight of their loyal following.

That optimism has ground to a shuddering halt following three successive league defeats. Missing not only our talismanic Brazilian Richarlison, but seemingly the guile and gusto that served the Blues so well on a seven-watch winning streak, questions are now being asked and frustrations aired. Old sayings of ‘welcome back Everton’ and ‘Everton that!’ have re-emerged on social media as supporters try and rationalise just why the Toffees are 0/9 in the last three games, scoring two and conceding seven along the way.

The aforementioned Richarlison is a huge miss. His intensity, intelligence and incredible ability to both score and create has been vital, while injuries, lack of fitness and other areas of the team our manager will want to address in January and beyond has also played their parts in what has been a huge downturn in both form on the pitch. To many, Anthony Gordon may well have been the answer but it is worth remembering that the Academy graduate is only 19-years-old and still developing.

So with Gordon not yet seen as completely first-team ready by the boss and January a few weeks away, plus the small matter of nine games to play before we greet 2021, Ancellotti must work with what he has now. With Richarlison set to return (please take care of him Brazil I beg you) the Toffees first XI will certainly look stronger and should perform more to the standards we enjoyed in the early few weeks of the season. Operating from the left, the former Watford man will be keen to reignite his blossoming partnership with Dominic Calvert-Lewin, while James will hopefully pull the strings once more with his seemingly effortless range of passing and vision.

With the forward line set for a boost, attention needs to be turned to defensive woes. Scoring has been a problem over the past three games, but conceding could be viewed as a crisis. It would be unfair to completely blame the back four, Jordan PIckford has his issues, while the pairing of summer acquisitions Allan and Abdoulaye Doucoure has shown a few troubles that weren’t present during the early weeks. Attempting to fit into a 4-3-3 formation, some playing staff are beginning to struggle as sides quickly target James, a major source of Everton’s magic. Operating on the right, with license to roam, the Colombian craftsman is now finding close attention and less space. The effects of this, coupled with Rodriguez not being defensively minded, is that opposing teams are targeting our right side, leaving Seamus Coleman isolated and exposed, through no fault of his own

The solution? You would need to ask Carlo as he picks the team, thankfully, but one possible alternative would be to move James inside into that no.10 role, in what would be a series of positional changes. Rather than have only DCL to aim at, move Richarlison alongside the England man to form a front two. Starved of service in the past three games, the former Sheffield United man would welcome a partner he knows well and works hard

Moving further back and addressing the defensive frailties, a protector of the back four is clearly called for with James now solely charged with creating from the middle behind the front two. Mason Holgate, cited by many as Everton’s best centre back performed an admirable task in midfield at Old Trafford last season, earning plaudits and Man of the Match awards from many. Strong and athletic, with pace to burn, the former Barnsley man sat in front of the back four allows Allan and Doucoure a bit more freedom to be midfielders, as well as the chance to offer assistance to full backs’ Coleman and Lucas Digne, both being two of our best attacking threats.

The proposal is simply my opinion and we all have a different idea in our minds as what system fits Everton best. But the diamond formation offers protection to the back line, our full backs more freedom and the chance for James to play where he is best at. Injuries and suspensions to a squad lacking depth could well put paid to this, while our much more qualified and successful manager will have his own ideas as to realise the team’s potential.

But this may well be a diamond in what’s been a real rough patch.