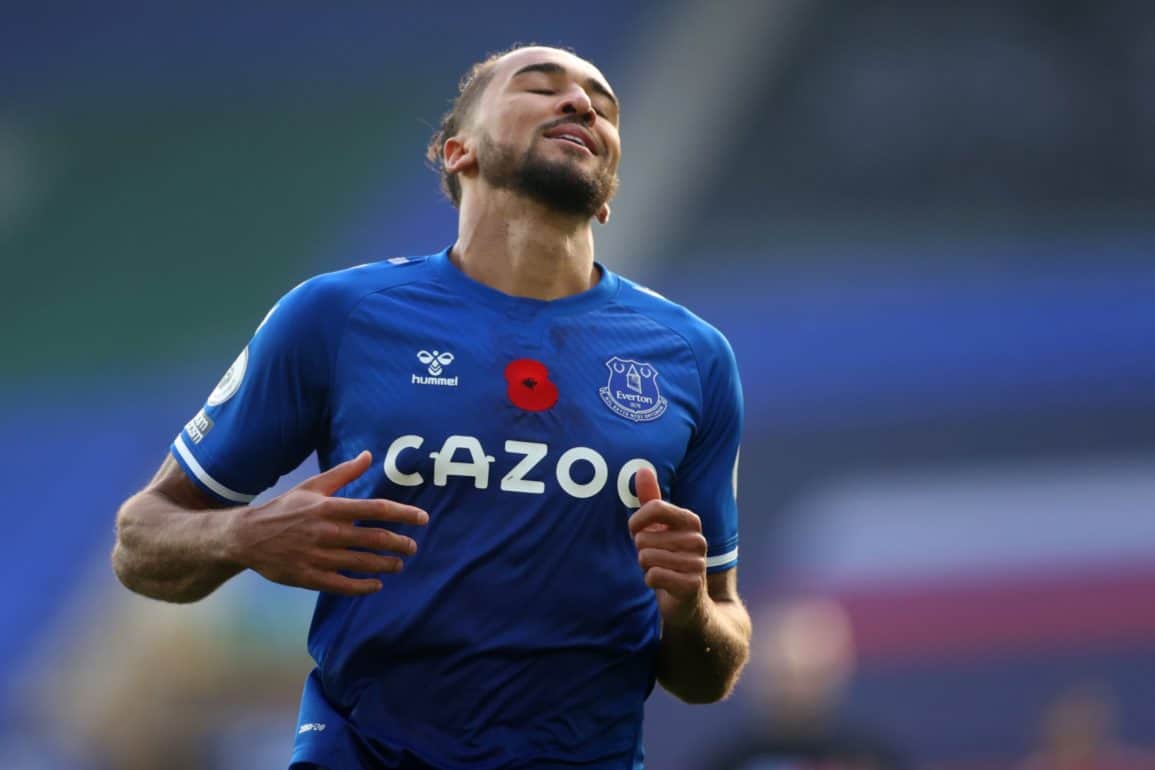 A bright start and opening goal from Bernard came to nothing as a brace from Bruno Fernandes and a late, late third from Cavani saw United come from behind to take the points, with another worryingly sub-par showing from the Blues.

Everton versus United is always a big game and after recent results for both clubs, this lunchtime kick-off took on even more importance as the Blues excellent early start to the season has stalled somewhat and for United, the media vultures were circling as they lined Ole Gunnar Solskjaer for the sack if Everton won.

Blues supremo Carlo Ancelotti was painfully aware that his side need to get back to the form that gave them a blistering start to the season and he duly commented on Friday, “It is a great opportunity to forget our two defeats and to stay at the top of the table, it will be difficult because we know Manchester United is a strong, strong team… with experience and a lot of quality. It is true they were up and down in this first period of the season. But in some games they played really well. We have to accept after they lost their past two games, we will face a team with strong, strong motivation.”

On the injury and suspension front, The Godfather was able to recall Lucas Digne at left back after his one match ban and with Mason Holgate, Seamus Coleman and James Rodriguez all recovered and passed fit to play, he had some thinking to do before naming his starting eleven.

Inevitably, he was asked about Jordan Pickford and he advised, “I have no message for Jordan. I talked to him every day this week, we laughed and were together. He knows what to do tomorrow. His mentality is good. He is a good guy, a funny guy, I don’t want to change his mentality or character. He has to use his instinct, which is really good. He is still a young goalkeeper with a lot of quality, character and personality.”

United manager Solskjaer is coming under increasing scrutiny over his tenure as despite being on a run of six straight Premier League victories away from Old Trafford, his sides poor showing against Arsenal and loss in Turkey in midweek has again got the media speculating as to his future.

Returning from Europe, OGS was expected to make changes with David De Gea almost a certainty to replace Dean Henderson in goal, Anthony Martial available after serving his suspension, and centre back Victor Lindelof possibly in contention for a recall after a back injury.

In his pre-match press briefing the Norwegian commented on the speculation surrounding him, “Yeah, you have to be mentally strong. There’s demands on a Man United player, a coach, or a manager. There’s also an expectation, because we are at the best and the biggest club in the world. You don’t expect to have anything but criticism then. It’s just how you deal with that setback.”

Turning his attention to the game and pitting his wits against Carlo Ancelotti, OGS said, “It’s not just Dominic Calvert-Lewin, it’s the whole team, the set up. When Carlo came in you know that’s a manager that everyone admires, players, other coaches, us managers. He’s had a fantastic career. You start having a little look over there. Of course, they didn’t have a very good period after the restart, maybe struggled a little bit, but now you can see what he’s been working on. He’s had a good pre-season and has probably used the restart as well to have a look at his team and I’ve been impressed. Dominic Calvert-Lewin has been part of that and is integral to their play.”

Our referee on a cool, dry, sunny afternoon was Paul Tierney.

The visitors had the better of the opening exchanges but it was the first Everton attack that posed the first threat. Rodriguez spread the ball out to Digne to find Bernard and he cut in off the left wing to cross for DCL to head just over the crossbar.

Doucoure getting forward found Digne to win the first corner off Wan-Bissaka, Sigurdsson sending it to the near post where Fernandes headed clear, disappointing first cross from the Icelander. Maguire cleared another cross from Digne as the Blues applied some early pressure with Bernard also showing a desire to be more involved.

A speculative shot from Fernandes ballooned behind for a corner off Sigurdsson and the set piece was only part cleared, the ball falling nicely for Martial whose quick shot went wide of the far post. De Gea was hurried into a clearance after a poor backpass by Lindelof and when United countered, Mason Holgate got a firm clearance in to ward off a cross from Shaw.

The Blues opened the scoring on 19 minutes as a long ball from Pickford was flicked on by DCL to find Bernard who controlled, looked up and shot through the legs of Wan-Bissaka to beat De Gea at the near post. It was something of a Route One way to goal, but who cares when the Blues take the lead.

The lead though was short-lived as five minutes later the visitors passed the ball around to work an opening for Shaw to cross and find Fernandes arriving between Keane and Holgate to plant his header well beyond the reach of the diving Pickford.

A free kick for a foul by Shaw on Coleman was easily cleared and a quick United counter attack thankfully came to nothing as the cross was easily gathered by Pickford. Everton hit back with Digne taking a delightful return ball from Bernard to gain the area and crash a shot off the near post with DCL gutted not to get a pass.

Fernandes ‘bought’ a free kick for a nothing challenge from Keane and he tried to use a crowd of players to impede the vision of Pickford but, the England ‘keeper was alert and gathered the shot easily.

Disappointingly, the Blues fell behind on 32 minutes as Fred found Fernandes and his chipped cross was missed by Rashford and the ball went in off the far post. Mason Holgate saw yellow for a foul on Martial as a touch of frustration showed in the challenge.

Having hit back from falling behind, United were now looking much more assured in their play and Everton needed to regain some composure, particularly in midfield where the visitors were beginning to boss the game and get back on the front foot. The usually calm Ancelotti was becoming animated on the touchline as his charges were too often second best and ponderous when in possession.

The final five minutes of the half were stop-start as first Fernandes then Martial needed treatment for minor knocks before Everton won a free kick for a foul on DCL by Fred, the Sigurdsson easily headed clear by Shaw as four added minutes were indicated.

Allan became the second Everton player booked for a foul on Fred and it was the visitors who went the dressing room much the happier at the break.

No changes for the second half and the first attack saw a Doucoure effort blocked. DCL was felled by Wan-Bissaka on the edge of the United area, and again the free kick from Sigurdsson was poor and easily headed clear much to the disgust of Carlo Ancelotti. Fernandes was booked for taking the ankle of Sigurdsson as Everton sent Godfrey, Mina and Tosun out to warm up.

Maguire got back to deny Rodriguez as he tried to get on the end of a cross from Digne, and the next Blues attack saw a Rodriguez cross deflected for De Gea to gather easily. An excellent burst forward by Coleman onto a short pass from Rodriguez saw him gain the United penalty area but unable to get the ball right for a shot and the threat was cleared by McTominay. Fernandes fell over to ‘buy’ another free kick against Sigurdsson that saw Pickford fail to hold the cross and Maguire kneed the ball over the bar as he was clattered by both Pickford and Keane – VAR deciding against any infringement.

Digne was caught late, after an offside flag against DCL, by Maguire and again VAR reviewed the challenge as the Frenchman received treatment.

Everton were still struggling to make any real inroads into the game and rode their luck as a long ball over the top from Fred found Rashford and his shot cannoned to safety off the legs on the onrushing Pickford.

Into the final twenty minutes and Everton were really in need of either some luck of divine intervention but it was United on the front foot as Maguire found Rashford and his pass saw Mata shoot, Holgate with the blocking clearance. Allan found Iwobi for a cross that Maguire did well to turn away, Iwobi then winning a corner of Tuanzebe who put the set piece from Rodriguez behind for another corner that came to nothing.

Great work by DCL, on his own, saw him win a corner that United dealt with too easily.

On 79 minutes, as Everton won another corner, Cenk Tosun was the Blues second change replacing James Rodriguez. The corner was wasted and two minutes later United swapped Pogba and Cavani for Mata and Martial respectively.

Coleman rampaging down the right won a free kick for a foul by Fred for which he was rightly booked. Digne took the set piece and Maguire headed clear for Holgate to look for Doucoure at the back post, the ball going behind for a goal kick.

A series of free kicks and iffy VAR reviews followed before Doucoure clattered into McTominay to become the third Everton player yellow carded – the 12th yellow in the last four games to go along with two red cards – another worrying trend for Carlo Ancelotti to address.

The final moments and four added-on minutes saw Everton crosses going astray and blocked before Coleman made space to find Doucoure, his shot clearing the crossbar by some considerable margin. One final effort saw a long ball from Holgate played inside by Iwobi for another shot that was blocked and United countered at speed with Fernandes feeding Cavani to net easily.