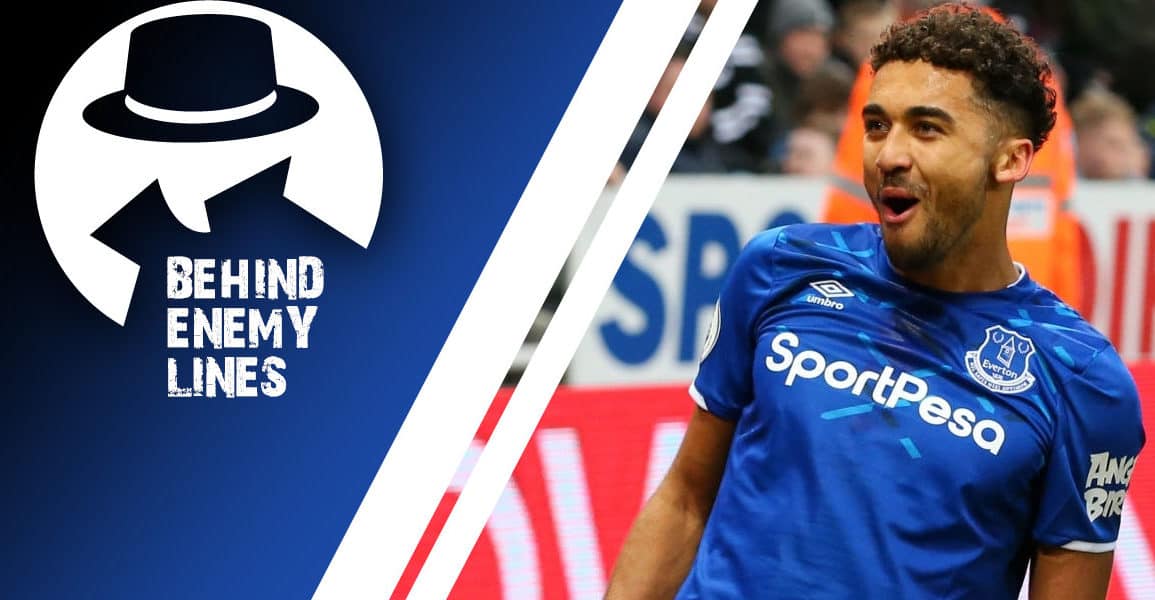 A week on from suffering their first defeat of the fledgling 2020/21 season, Everton look to bounce back from a rough match at St Mary’s on the road at Steve Bruce’s Newcastle.

It would be an understatement to call Everton’s performance against Southampton a disappointment, and the absence of Richarlison had an evidently huge impact on the way Carlo’s Toffees play.

Sunday’s clash at St. James’ Park will be the 2nd game of Richarlison’s 3 match ban following his dismissal in the Merseyside Derby. Lucas Digne is also set to miss out after his suspension for an unfortunate tackle on Kyle Walker-Peters was downgraded from a 3 game suspension to just one game. Other notable injuries include James Rodriguez and Seamus Coleman, neither of which will make the trip to Tyneside.

With two of Everton’s front three back home in Liverpool, it will be interesting to see how Carlo Ancelotti attempts to squeeze any attacking threat out of the makeshift XI sure to be seen against the Magpies. It will not be an easy game at all, and the Blues must put out a better performance than they did last week to get a result against a stingy Newcastle side.

This week on Behind Enemy Lines, I spoke to Kris Wallace of the All With Smiling Faces Podcast all about Newcastle United FC, and asked him about the failed takeover, the season so far, and the upcoming match.

Q: It’s been quite an up and down season for Newcastle so far with two draws, two wins, and two losses. How important is it for Newcastle to find some consistency and how could Steve Bruce go about doing that?

A: I think we’ve “winged” it again so far this season, consistency is key in the premier league and it’s something. Which we’ve struggled with over the last two seasons. The starting eleven and formation manage to change on a weekly basis with key players dropped which completely baffles fans. Steve Bruce is yet to find his best team which is a concern.

Q: Newcastle were highly involved in a potential Saudi takeover, which eventually fell through. What was that experience like for Toons fans and how disappointed were you to hear the deal would not be done?

A: Imagine being handed the winning lottery ticket and a gust of wind taking that out of the grasp of your hand. At one point we were so close, within touching distance of a potential groundbreaking takeover. The Saudis, PIF, Amanda Staveley, and The Reuben brothers saw the potential on Tyneside but it seemed like the Premier League did their best to drag their heels to avoid making a decision, which opens a whole new can of worms for “the big six” recent saga.

Q: Despite the absence of that cash injection, many have praised Newcastle for their transfer business this summer. Who do you think will prove to be the Magpies’ best addition out of the players who came in this year?

A: Callum Wilson. I say that but this will only be the case if we don’t leave him as the only Newcastle player in the opposition half, something which we manage to do to every single striker that arrives on Tyneside. Having Wilson as the arrowhead with Saint-Maximin, Almiron, and Fraser all chipping in could be a joy to watch… if Bruce allows it.

Q: What do you think of Everton’s transfer business and start to the season so far? Where do you think the Toffees will finish come the end of the season?

A: I think Everton have surprised many so far this season with a decent start with the help of James Rodriguez which was an absolute masterstroke by Ancelotti to bring him on board. As always though I think you’ll start to drop as the season goes on with a finish between 5th-8th.

Q: Who will win the match at St. James’ Park on Sunday and why?

A: If Pickford is playing then he’ll be thankful that there is no crowd to be placed in front of, everytime he sees those black and white stripes he buckles under the pressure thanks to his Sunderland allegiance. It seems like you will also be missing a couple of key players and on the back of a defeat to Southampton we surely have to attack this one, but with Bruce at the helm, we will most likely sit back and absorb the pressure. I’m going for a 1-1 result with both teams struggling to string a pass together.

So there we have it! I have to agree with Kris on this one; I think it will be quite a sloppy game on Sunday with little football that is super easy on the eye. I think a draw is a likely result, but I do have hope that Ancelotti will demand a response out of the Everton players that will actually play this week. My thanks again to Kris for taking the time to answer my questions. You can find the All With Smiling Faces Podcast on Twitter @AWSFpodcast. Let’s hope Carlo Ancelotti’s tricky blues can win at St. James’ Park for the second season running! Up the Toffees!