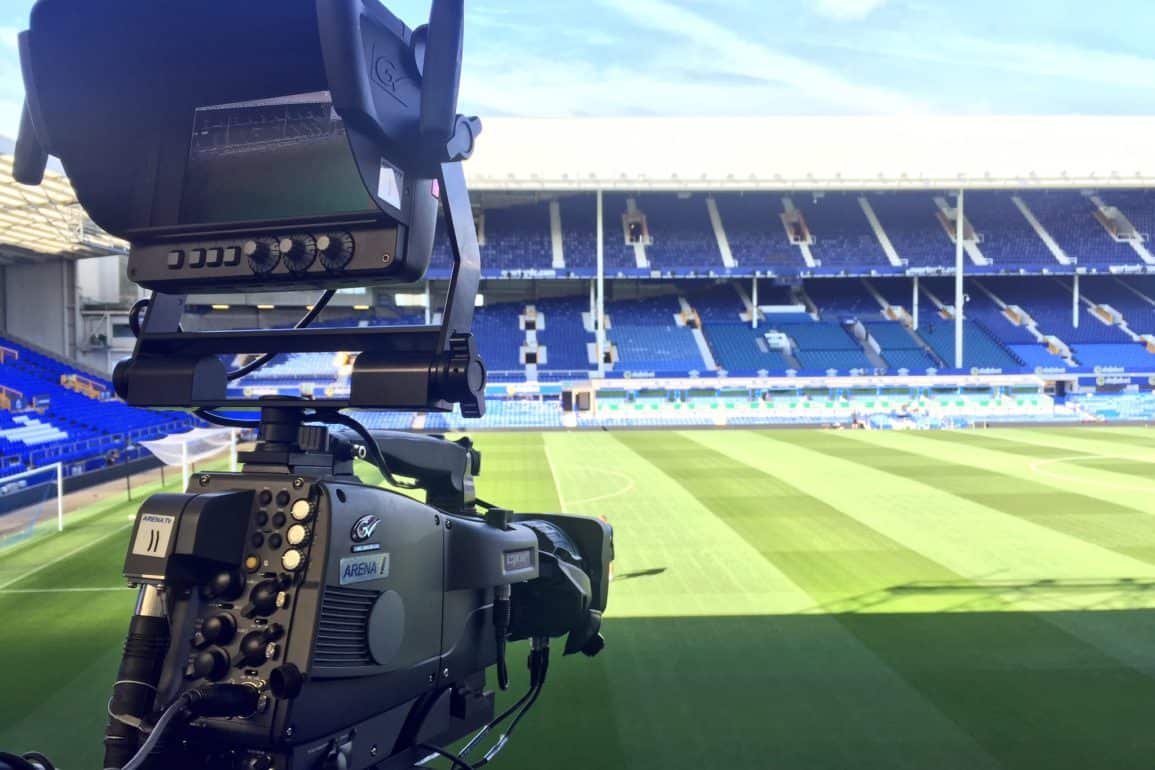 An unfortunate side-effect of not going the game at the moment is there’s no escape from TV footage and punditry.

The tone was set Saturday morning when I turned on BT Sports, the prematch program was called – Trent Alexander-Arnold reinventing the right-back – quite bold I thought to myself, I didn’t watch. At that stage I should have known.

The footage began, a couple of stern early challenges from Virgil van Dijk were described as a ‘coming together’ and ‘early marker’ by the commentary team. The challenges were nothing to get overly upset over, in keeping with the tradition of letting the opposition know you’re up for the battle. As long as the commentary remains balanced I thought, I like having the background commentary on whilst watching, maybe I need to learn to watch without.

Liverpool started fast, shortly after Everton conceded one of the most notorious incidents of recent times unfolded.

Indecisiveness from Jordan Pickford from a cross resulted in a poor, panicked and clumsy challenge. Unfortunately, during the resulting coming together van Dijk came off worse as Pickford’s momentum hyperextended van Dijk’s knee with his foot was planted on the floor. Immediately it looked like the outcome would be bad for van Dijk. Pickford quickly tended to the stricken defender, motioned for Liverpool’s medical staff to make their way onto the field and could be seen asking van Dijk if he was okay. The reaction of the defenders team mates was not overly heated either, van Dijk could not continue.

A lot of replays followed and showed the challenge was a poor one, not much dispute there. Was it violent conduct? No. Was there intent? No. Has there been worse tackles? Yes. Should he have been sent off? Yes. Is it unfortunate van Dijk has a serious injury? Yes. Do these things happen in football? Of course. Is there anywhere else to go with this incident, for the reasonable mind – no, but we’ll come to that.

The pending fury built in a crescendo-like fashion as the game developed, teetering to boiling point with the Richarlison sending off and bubbling to a frenzy with a tight, but correct, offside decision late on. The foundations of the perfect storm now well and truly in place.

Amongst these incidents I found myself disgruntled by the coverage or lack of it from an Everton viewpoint from the broadcaster. A cynical Robinson lash out was dismissed, a Richarlison pull back not addressed, a Mane sweep bypassed and Dom being blocked off in the last action of the game ignored. The Robinson incident was baffling, pure frustration, cynical and violent in nature all the criteria for a red card. Mane’s was in the same ballpark with a lesser level of violence. I’d picked up on lack of balance, whilst completely engrossed in the action, which is an indication of how marked it was, more was to come.

The inquest began quickly, how dare anyone prevent Liverpool from winning that game seemed to be the tone? Des Kelly stepped up to the mark, consoling a close-to-tears Klopp sympathising alongside him as he too expressed his disbelief at the events that had unfolded. Des continued with his sympathetic ear cackling at Henderson’s accusations that the VAR officials tinker with the offside lines, bending them to conspire against his team, funny that isn’t it Des? I haven’t heard anymore regarding these serious accusations, maybe I’ve missed it?

What I have heard is a lot of emotionally driven, stirring and insanely scandalous accusations from all quarters of the national media. The same industry trying to remodel itself on responsible broadcasting, actively inciting reaction and stoking the flames. Encouraging language such as assault, malicious and violence, one pundit challenged it whilst the presenter sat there quite smugly leaving it unchallenged. One pundit, who quickly came under attack on social media and then somewhat backtracked.

Which leads me to the broadcasters, which people pay for, everyone pays the same price, therefore we should be entitled to a honest portrayal and exploration of events. It’s the patronising charade of neutrality which frustrates me. I’d rather there was more transparency, be honest, outline it with a statement such as; the majority of our viewers and paying customers support the other team therefore our coverage will be predominantly catered towards them. Fair enough, my expectations are now clearly set.

There have been tight offsides using VAR, lots of them, there’s always been poor tackles and players get injured. Has there ever been such outcry, ridiculous suggestions and why is this the case? Liverpool are a commercial machine with a huge worldwide fanbase who likely make up a large percentage of the top broadcasters subscribers, in essence Liverpool pays. The customer is always right I suppose, mix this with an outrageous number of ex-red pundits and greasy-pole journalist who are reds, it’s a pretty unstoppable juggernaut.

The lack of self awareness is grotesque, a club who were trying to underhandedly form a super conglomerate last week now demanding explanations from the league for a human error mistake and a tight decision. I feel for the next official who has a difficult call to make when they’re next involved, will there be doubt from the official after this outcry? I’d think yes. Spoilt child is a phrase used, I see them more as a cocooned celebrity followed by yes men, the media/pundits, who have no concept of reality with a complete inability to accept any challenge or criticism.

I think we try to be too balanced as a fanbase and pander to them sometimes, we shouldn’t. We got a bit of luck and I’m made up we’ve enjoyed it.