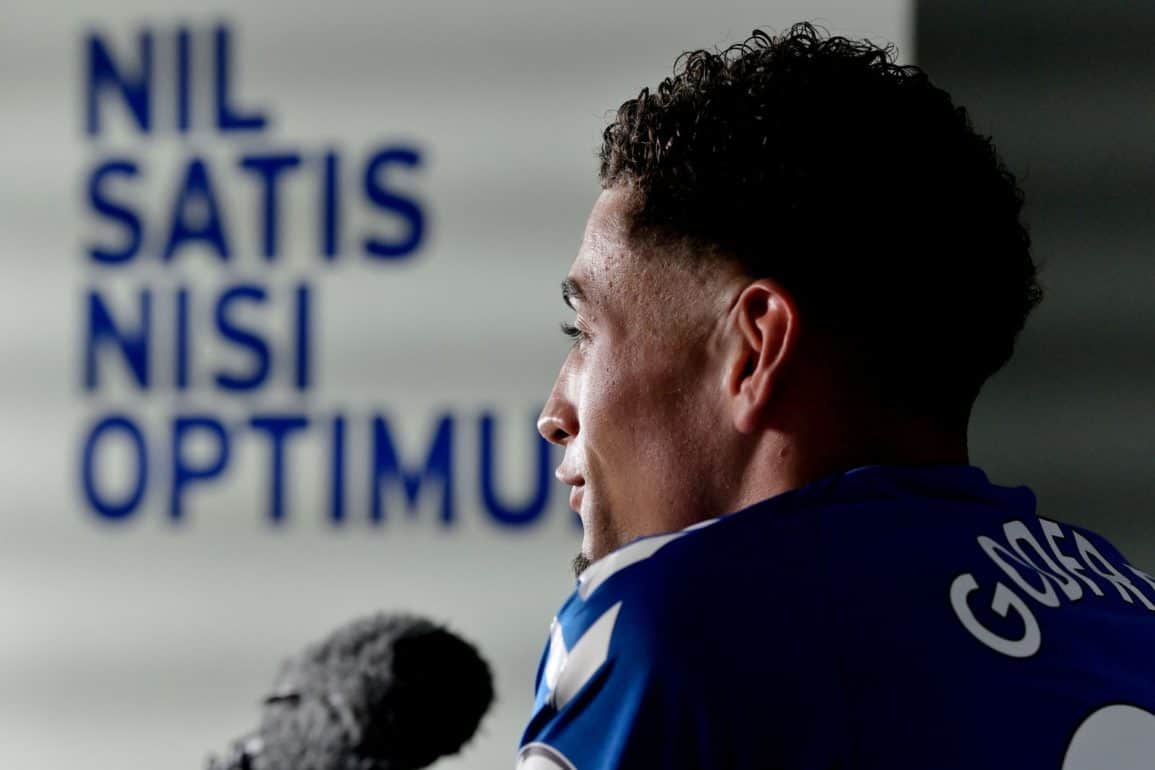 On the final day of the window Everton moved to add young Norwich defender Ben Godfrey to their ranks.

The 22 year old defender has made an impressive 118 starts in his young career and has actually played in each division in his short career, including 30 times in the Premier League. While there are always exceptions, in an era when younger players are increasingly not trusted it is an impressive record. As of last year, Mason Holgate had racked up 74 league appearances in total, though had 38 games in the Premier League for Everton. Tomori who is the same age as Godfrey has racked up 95 league appearances, with only 17 in the Premier league thus far. So he stacks up favourably to his competition.

When delving into Godfrey one of the most striking things that became apparent was the character of the player. Unlike many of his generation he was very much born on the “wrong side of the tracks” to use popular parlance. Where many young players tend to graduate from leading clubs academies and have a series of loans before eventually making the step up, Godfrey broke through for 6th tiered York City (who were then in the 4th tier) as a 17 year old. While it’s certainly true that 4th tier football gives a good grounding it is also a harsh and perilous football education for a young player and crucially a long way up to make it to the Premier League. The fact he’s fought his way to the Premier League and did so in such quick time is a big positive against his character.

Even that journey itself was not straight forward, signed into a Championship teams under 23’s squad, loaned out to League 1 to play largely as a midfield player, before being converted mid-way through the following season into a centre back by Norwich Manager Daniel Farke. As impressive as he was in the promotion campaign in the championship is in some part matched by the disappointment he may have felt with performance in the Premier League the following season. A young and small Norwich team couldn’t avert being out muscled in games and ultimately relegated from the league. For a 21 year old in his first full season as a Centre back, flanked by 2 fullbacks who were under 21 it was a tough baptism but one can only hope and imagine a worthwhile one.

What is clear is that manager Farke does not hold Godfrey in any way responsible for the relegation. On losing Godfrey he spoke in glowing terms of the young defender. He pointed out that he was sad to lose what he considered the best defender in the league and the most important member of his squad, but didn’t begrudge him the opportunity. It felt Farke went over and above the usual clichés managers trot out about players when they leave and spoke with genuine and unusual warmth and admiration for the young player.

As indicated above, you get the sense that Godfrey is a player who is a fantastic mental aptitude and has made enormous steps so far in his career to amend position from a midfield player into a centre back, but that he is still a little rawer than his age suggests in that position. The interview he did for Everton TV was very enjoyable and re-enforced the perception I had built. He spoke with real confidence and eloquence and underlined that he saw the move as a big step up and opportunity and wanted to keep improving.

From the outside, it feels the sort of signing we used to make quite successfully under David Moyes, finding players who had been a little overlooked through their careers, had operated impressively in the championship and were looking for an opportunity to showcase their skills. There was a gratitude from Godfrey and an acknowledgement of what an opportunity it is. Perhaps for the first time since Moshiri has taken over we are not attracting players for the right reasons (manager, club, team) over financial reasons.

In terms of style of player what strikes you immediately is the athletic build he has. He looks a fantastic athlete and to have natural fitness and strength. Height remains a small concern, with reports differing on how tall he is (varying from 6 ft to 6 ft 2 inches). When standing next to Marcel Brands, himself not a short man, he did look a reasonable amount taller. He possesses natural power and is quick across the ground which is an obvious and positive contrast to MIna and Keane who occupy the centre back spots presently. On the few occasions I have seen him, he also looks comfortable on the ball with a wide range of passing. For a side looking to hit on the counter attack more, and start attacks from deeper, this could be a real positive for the team. There is a unique profile in the player, who possess a mixture of speed, ability to bring the ball out of the back while potentially being a very well built defender around the 6 ft 1 range.

The drawbacks to him (without wishing to sound alarming) are that some of the basic skills of defending seem to be missing from the player. He doesn’t make a great deal of tackles, blocks or interceptions. While some of this is undoubtedly stylistic (moving back from midfield where he has a greater emphasis on more cautious play) but there are probably some gaps in the technique he may have in these areas. There are also probably questions about whether he has- to date at least, been aggressive enough in those areas and perhaps whether he has been allowed to “get away with” not being more aggressive in those aspects of the game. He brought an awful lot to the Norwich team, so it was unlikely the same demands may have been made of him in terms of contribution in the above areas. It’s certainly a concern, as most transfers tend to be, but Everton are to a lesser or greater degree gambling on it being easier to teach a player some of the basics of defending, that it is to find a player with his power, speed and composure on the ball.

There are reasons to be positive on this front as well. While improvements can be made (Michael Keane certainly looks more comfortable on the ball currently) it would not be possible to get Keane to successfully emulate a player like Godfrey, there are physical limits as to how quickly someone can run. The Manager Ancelotti has in his own way shown improvements in performances of both Mason Holgate and Michael Keane (and arguably Yerry Mina too). Italian football for many years has now been characterised by an understanding of mastery of the above basics and Ancelotti has seemingly lived up to his reputation as a leading Italian tactician in the improvements to the defenders we have. With Godfrey he gets not just a blank canvass, but a canvass with a higher ceiling than arguably any of his existing defenders.

It is also likely Godfrey will be helped by the layers around him. Where at Norwich he went from a defence with players 20 and under and a midfield containing talented but lightweight players in Cantwell and Buendia he will be going into a back for alongside either Michael Keane or Yerry Mina, and fullbacks either side of him of Seamus Coleman and Lucas Digne. While his centre back partners have both the experience but also physical size to help Godfrey on some of the more physical aspects of the job he also has two fullbacks who have great experience and leadership qualities. In front of him he will have Allan and Doucoure offering protection. He also has players such as Richarlison and Calvert Lewin to “hit” further up the pitch if he wants to exercise his long range passing- who are more likely to utilise this than perhaps Teemu Pukki was. In short he has a vastly superior range of colleagues to play alongside, who will help the young player settle in and offer his best performances.

His game will also suit playing for a team who are on the front foot more than Norwich were last season. It is widely accepted by Norwich fans his best performances came in the championship winning season, where he could drive the team forward. While there’s little doubt he has to learn and improve some of the basics, he has the physical profile of player who can play on the front foot potentially holding a line higher up the pitch. The aggression he needs to incorporate into his game can hopefully be utilised in trying to regain possession higher up the pitch, and his ability to distribute and carry the ball could be a potent weapon for the club.

So as with most of the signings this summer, there is a cautious optimism around the deal. It feels more of a “Brands” profile of player- in that he is 22 and his best years are ahead of him. It feels very much a high ceiling transfer, and while we may not see him immediately in the side as a CB it would not be a big surprise if he forced his way in by the end of the year. If the improvements to aspects of his game can be made, there’s no reason why he can’t quickly become a leading centre half for the team, and begin to pay back the big initial investment the club have made in him.