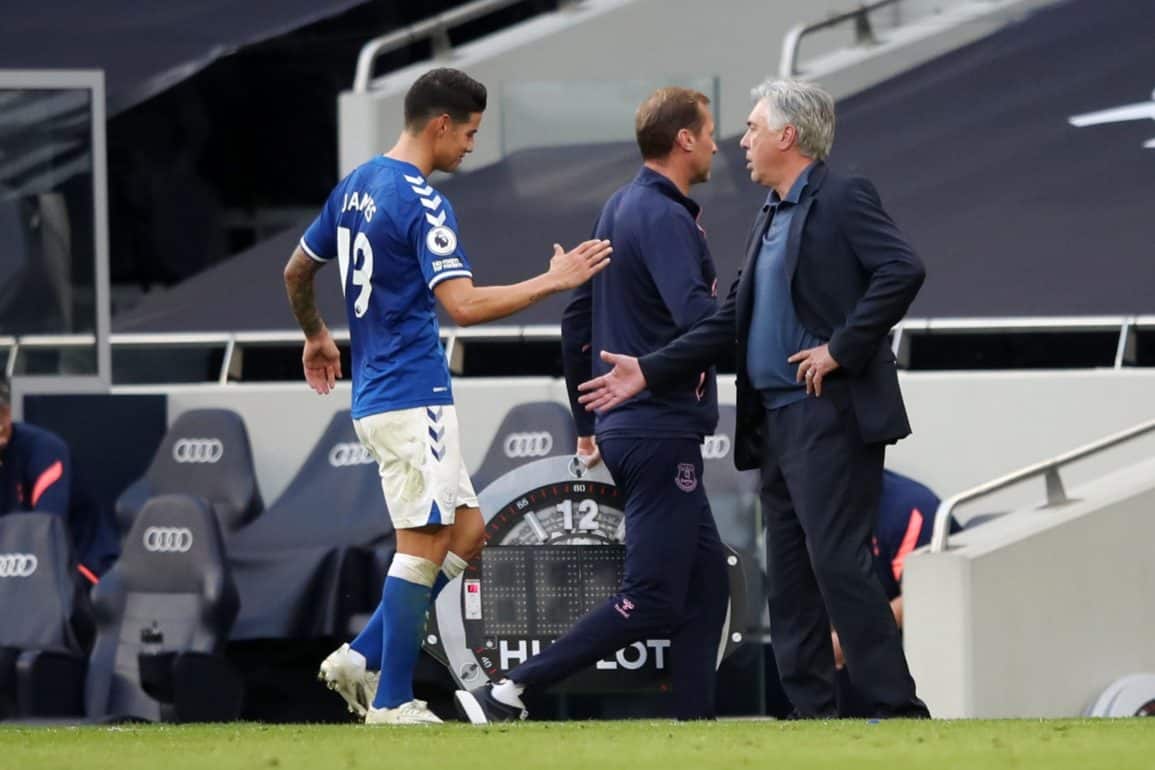 James Rodriguez has sought to downplay his individual profile, insisting he’s just like everyone else in the squad.

Speaking with evertontv, Rodriguez said: “All I want to do is help out everyone the best I can, so my teammates feel like I am very much one of them.

“I’ve not come here in any way to be like the big star, not at all. I just want to do my bit to help and I want everyone to see I am hungry to win trophies”.

Sections of the press have queried whether James Rodriguez, who has won eight domestic titles, across four countries and two Champions Leagues, will be able to successfully adapt to the Premier League.

“Football is the same game wherever you go in the world.

“It’s true that it’s a lot more physical and a harder style here [England]. That’s something I have to learn.

“But when you have quality and talent yourself, that makes everything seem easier.

“I’m just like anyone else in the squad and I just want to be able to do my best to help the Club go as far as possible.”

“I can see that there is a lot of quality at the Club and lots of talent among the players,” said James.

“I’ve been able to see that in the past five days, so it’s good the Club has all this.

“All I do is try to help out so the team can win games. If I can do that by scoring goals and providing assists, then that’s great.

“Football isn’t all about running. That’s why goals are worth their weight in gold.

“It is about running to a certain degree, of course, but you also need to be able to think and know when to play the right pass.

“When you have talent and ability and when you know you can play, it makes everything so much easier.”

“It’s great to have started like this against a tough opponent,” added James.

“We have it in us to do well and it’s about keeping going from day to day so we can achieve big and exciting things.”