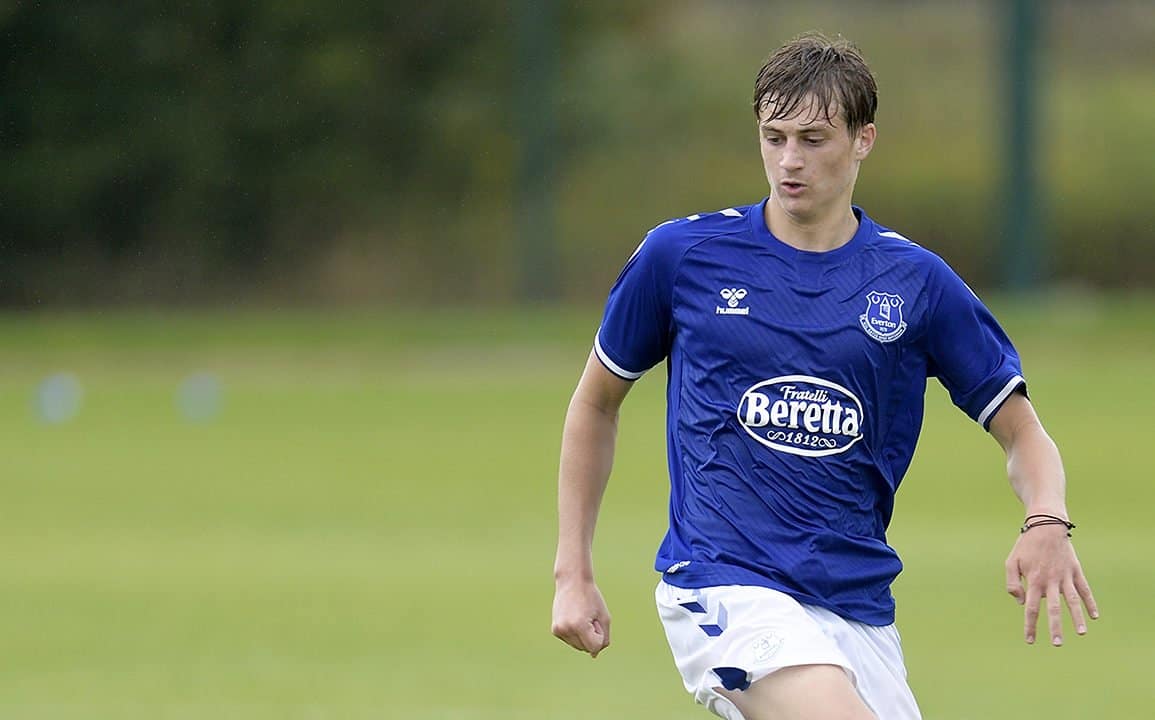 The deal ensures the Fratelli Beretta brand will continue to adorn the front of matchday shirts for the Premier League club’s Academy teams for the 2020/21 season.

The logo of the eighth-generation family company will also be visible across Academy and Men’s first team matchdays at USM Finch Farm and Goodison Park, as well as the Club’s online channels.

In 2018 Everton became the charcuterie brand’s first Premier League partner, and Fratelli Beretta the Club’s first Italian-based sponsor. In 2019 the deal was expanded to include support of Everton’s Academy, in recognition of the shared values of family and a commitment to investing in future generations.

During the partnership Everton and Fratelli Beretta have highlighted the values of family, and the important contribution sport makes to physical, mental and social wellbeing.

Activations have included Everton’s US Ambassador Tim Howard surprising members of an Everton Supporters’ Club in Austin, Texas, at a BBQ hosted by Fratelli Beretta, and the ‘Family Stories’ video series – highlighting the bond between different generations of Everton supporters in one family.

Alan McTavish, Commercial Director at Everton, said: “Fratelli Beretta’s decision to invest further in our partnership speaks volumes for the close relationship we have developed since we started working together and the commitment both brands have to building a long-term, mutually beneficial partnership. It also demonstrates the value of partnering with Everton has had on their business.

“We are delighted that this new agreement is an extension of what was an already expanded deal and over the last two years we have developed a relationship based on our shared ambitions and values, and our focus on investing in the future.

“Everyone at Everton is proud to continue our work delivering the next chapter of our partnership with Fratelli Beretta as we continue to maximise their brand visibility across our global markets.”

The partnership is in line with Everton’s commercial strategy, with the Club retaining the opportunity to directly commercialise the kit branding positions available across Everton’s Women’s and Academy teams to support overall growth in commercial revenue. The extension will further support Fratelli Beretta’s aim of raising awareness of its products in Asia, Europe and the USA which also aligns closely with Everton’s own international growth plan.

Paolo Beretta, Project Manager at Fratelli Beretta, said: “As our partnership with Everton Football Club has expanded and grown, our ambitions and aims have aligned even more closely, and we have worked on some exciting global activations together.

“At Fratelli Beretta we understand the importance of continuing to invest in future generations to take us forward – something which has become even more vital in difficult times like these. Over the past year, we have been inspired by the way in which Everton’s Academy is committed to nurturing the next generation of stars and educating them in what it means to be part of the Everton Family.

“We are delighted to be further extending our deal with the Club and our support of Everton’s next generation of talent.”