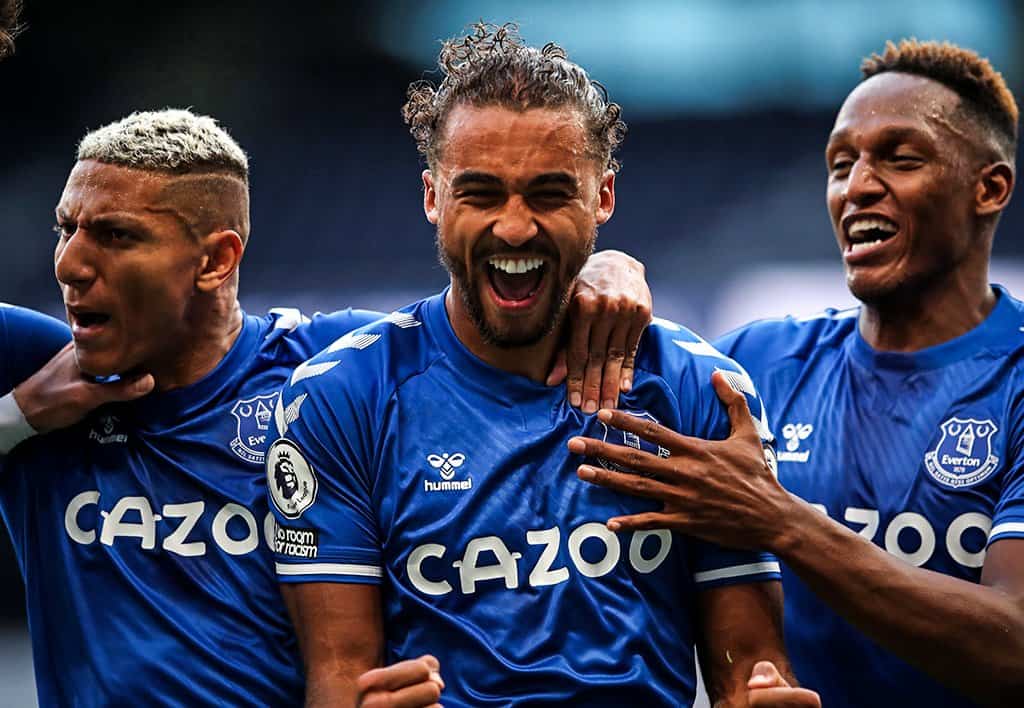 The game was settled by a Dominic Calvert-Lewin header from a fine cross off the left-wing from a Lucas Digne free-kick in the 55th minute but Calvert-Lewin was quick to downplay his contribution.

“I’m always happy to get on the scoresheet but to get the three points is an even better feeling,” said Calvert-Lewin.

“With the new lads who have come in, it was important we got off to a good start.

“We’ve not had a long time to gel but I think we clicked.

“Everyone to a man won their individual battles and played well.

“I thought they [the three debutants] were fantastic. The two new lads in the middle [Doucoure and Allan] have got legs and it’s important against teams like Spurs, on a big pitch, that we get about the field and work hard.

“That allows the creative players to get on the ball and play and slip me in.

“I couldn’t wait to play today. Not only with it being the first game of the season but because of the quality we’ve brought in.

“These boys have played at a very good level, Champions League – that’s where we aspire to be.

“I was itching to get on the pitch and to get the goal was a great feeling.”