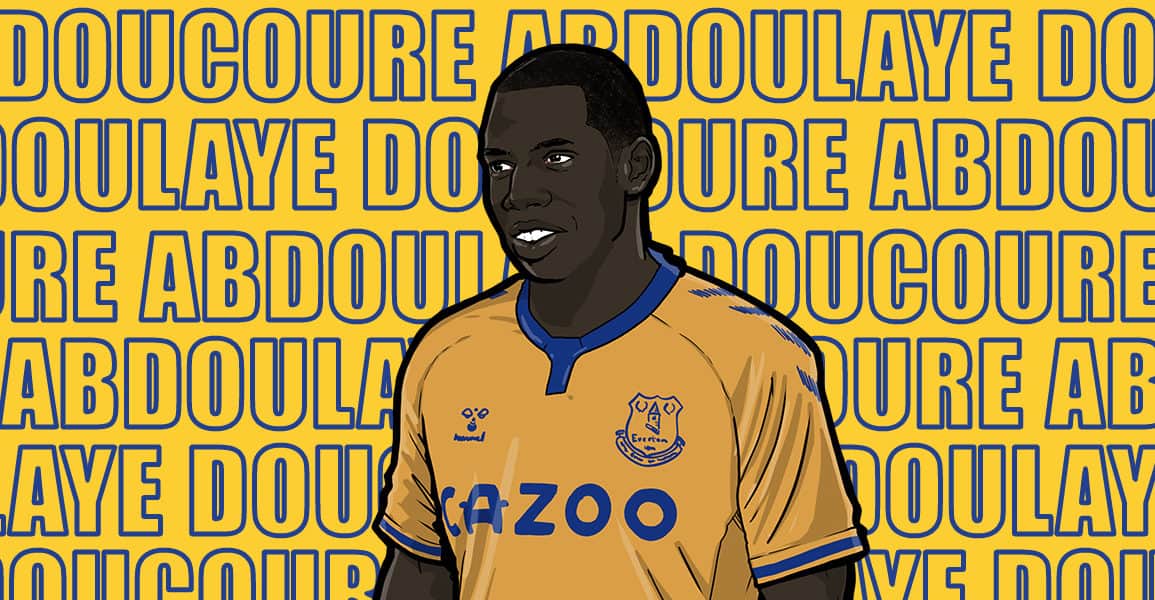 Everton have completed the signing of Abdoulaye Doucouré on a three-year-deal with a club option for a fourth season.

The 27-year-old midfielder was a long-standing transfer target for the club, with a proposed £30m move to Everton falling through a year ago.

Doucoure: “I have been waiting a long time to come here and now it has happened so I am very happy,”

“I had some interest from other clubs but from the beginning when Everton showed an interest in me I told my agent to focus on Everton.

“It was the only club I wanted to join.

“Everton has a big history in English football and it is a good club for me to have a step up in my career.

“I am very happy now to be an Everton player and very excited for the future.”

I can bring my energy – I am a powerful player, I can run a lot, all the game,” said Doucoure.

“I can add goals as well. I will try my best to score goals and help the team.

“It is an ambitious project here and it was a big part of my decision, having [Director of Football] Marcel [Brands] and the coach Carlo Ancelotti wanting me.

“When you come to a club you want the manager and, of course, the Board to support you.

“It was the case with Everton and I was very eager to come here.”

Abdoulaye Doucouré is a product of Rennes’ youth system, where he made his debut for the first-team during the 2012/13 campaign. The midfielder immediately impressed, going on to feature over 90 times for the Ligue 1 side.

Doucouré left Rennes’ for Watford on the final day of the January transfer window in 2016 and after a troubled start to his career at Watford – with his first-team debut coming five months after he joined the first-team squad. That debut wouldn’t have happened at all if his move away to Watford to Lorient wasn’t cancelled due to paperwork being 33 seconds too late. Nevertheless, Doucouré went on to become a key player, forming an impressive partnership with Etienne Capoue at the heart of midfield.

A resilient character, Doucouré recently spoke of how he recovered from two cruciate ligament tears to the same knee – injuries he described as potentially career-ending injuries which some never recover from.

“There were just two years between them,” he says of the potentially career-ending injuries to his left knee, the first of which was in 2011. “Some people would never recover from that, some people would come back and not be the same or have less quality, but me, I was the complete opposite. I came back stronger. It’s my mentality. I am a strong man, I am always looking forward and this is my main thing.”

Doucoure recently explained his preferred position: “I prefer box-to-box, this is my first position but I am happy with holding midfield. I get to touch the ball a lot and I can go deep and start the play.”