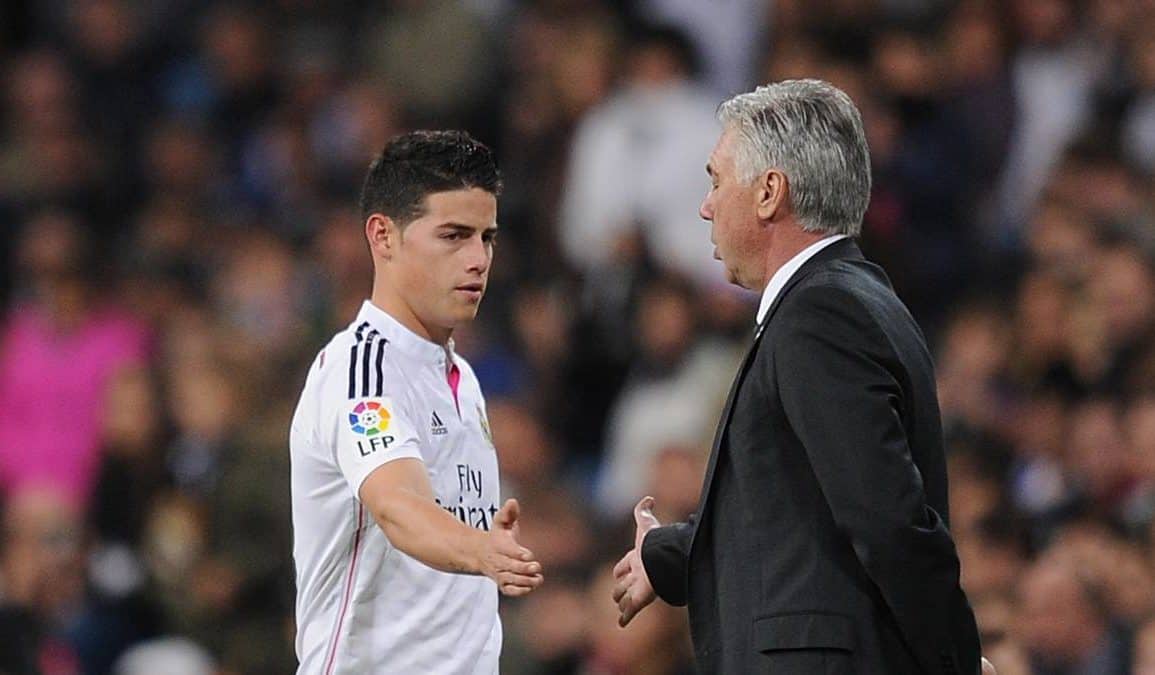 James Rodriguez is very close to completing a transfer to Everton, according to multiple reports in Spain.

MARCA claim the transfer is ‘very close to becoming official’ and El Desmarque report the imminent sale of Rodriguez to Everton.

Should Rodriguez make the move to Goodison Park, it would see the Colombia international join forces with Everton boss Carlo Ancelotti for a third time, having played under him at Bayern Munich and Real Madrid.

Ancelotti was in charge of Real Madrid in 2014 when they signed Rodriguez in an initial six-year deal for around £71 million, the fourth most expensive transfer ever after he won the Golden Boot for being the leading scorer at that summer’s World Cup.

Last month the Everton manager was coy when asked about the possibility of Rodriguez joining Everton: “James Rodriguez? I like him a lot as a player. When I left Madrid, James Rodriguez followed me to Munich.

“But he followed me as a rumour to Napoli and now he is following me to Everton as a rumour. I have to be honest – I like him a lot.