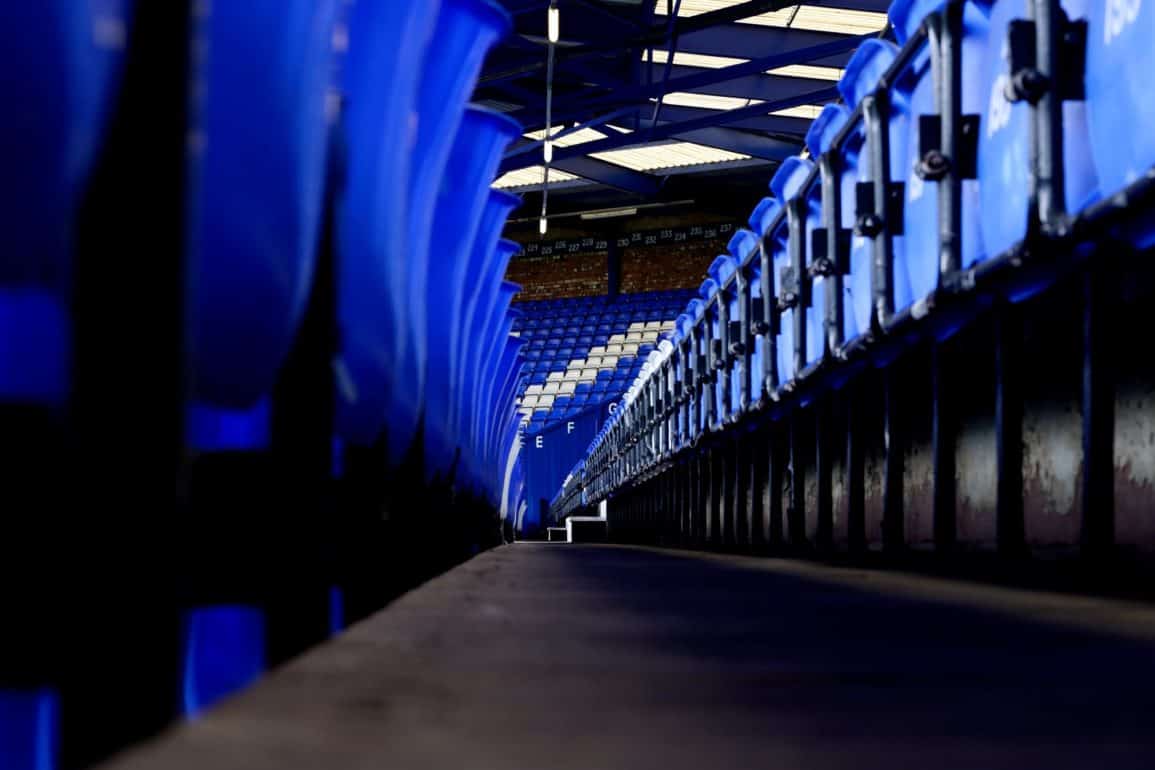 I used to feel like football was separate from the rest of civilisation.

I vaguely recall going to Goodison Park soon after 9/11. While the world struggled to find its bearings in the shadow of the smoke that bellowed from the remains of the Twin Towers, football just continued. Apart from the outbreak of World Wars, it has always continued.

Then came the Coronavirus and the people who run the game were unable to keep the wheels moving and the sport, like most others, ground to a halt.

At the time of writing, it is unlikely that many of us will be heading back to the Goodison soon. It’s now August and we are just weeks away from a new season with no clear idea yet as to when we’ll be able to return to the Old Lady.

Going to the match has been a sizeable part of my life. Like some of you, many of my fondest memories take place in the Gwladys Street. Some of the foundations of my fantastic relationship with my Father are built around Everton. Our collective experiences and the highs and the lows. But I feel like something has changed.

This past year has been strange. A generation like mine, who have been sheltered from some of the usual trials and tribulations of the human condition (like experiencing the hell of war or the brutality of poverty), have recently discovered what it is like to live through history.

On a personal level, 2020 has also coincided with my second as a Father. I can’t tell you how much this alters your perspective and your priorities. The things you care about change. The things that once consumed your reality, and a large proportion of your thinking, now hardly get a look in. Football, and yes, Everton, have naturally dropped down the priority list.

But my personal situation aside, if football in its current form was invented today I’m not confident that I would be enthused by it. Even before stadiums emptied, the game has been sprinting toward over-sanitation for years. The experience of the supporter has been diluted.

Every generation bemoans the amount of cash in football, but the money that is now thrown about is obscene. It’s not that I begrudge spectacular footballers earning spectacular wages, but many of them are anything but spectacular.

There have also been quite profound changes to the fundamentals of the game. While slide tackles have declined (more needs to be made of this) VAR, in particular, has had a disagreeable effect on how we watch football. I’m no Luddite, I understand that technology will inevitably play a part in everything, and our perceptions of technology are based around how that technology is used, but the VAR fiascos of last season have left a pretty grim taste in my mouth. I’m not just talking about when Everton were on the receiving end, I’m looking at this through a wider lens.

And there’s just too much football to watch in the modern era. We’re being bombarded with it. Growing up in the 90s, if you weren’t going to watch games, your opportunity to watch football was condensed to the weekend and the odd Monday Night Football, if you were lucky enough to have Sky. This was a good thing, it meant that football was something to the saviour. If you have too much of something, it wears a bit thin. You take it for granted. I fear this has happened with our national game.

Then there is the politics. To a certain extent, politics has always interfered in football. This isn’t a new phenomenon, but I do not want to be reminded of our societal ills. I resent football being used as a vehicle of activism. The game should be an opportunity to escape from reality, not something that constantly reminds us of it.

I know I’m not alone in this, many fans feel fatigued by the importation of the ‘Culture War’ into football. Having certain issues catapulted directly into my brain every time I sit down to watch the Premier League hinders the experience.

I don’t particularly care what footballers think about the big issues, either. I want them to play football. I would prefer it if they conducted themselves in the right way, but ultimately, I’m not looking to them in the hope of finding a decent set of ethics. If you are, I recommend you search elsewhere.

In writing this piece, I am not completely surrendering my love of football or Everton. I’ll always be an Evertonian. I have the club’s initials tattooed upon my chest and Everton formulate a large part of my life. I still enjoy watching, and sometimes playing (albeit rather badly), the game of football. Maybe it’s the lack of fans, maybe the temporary changes to the game, or maybe it is something deeper? Things just don’t feel right at the moment.