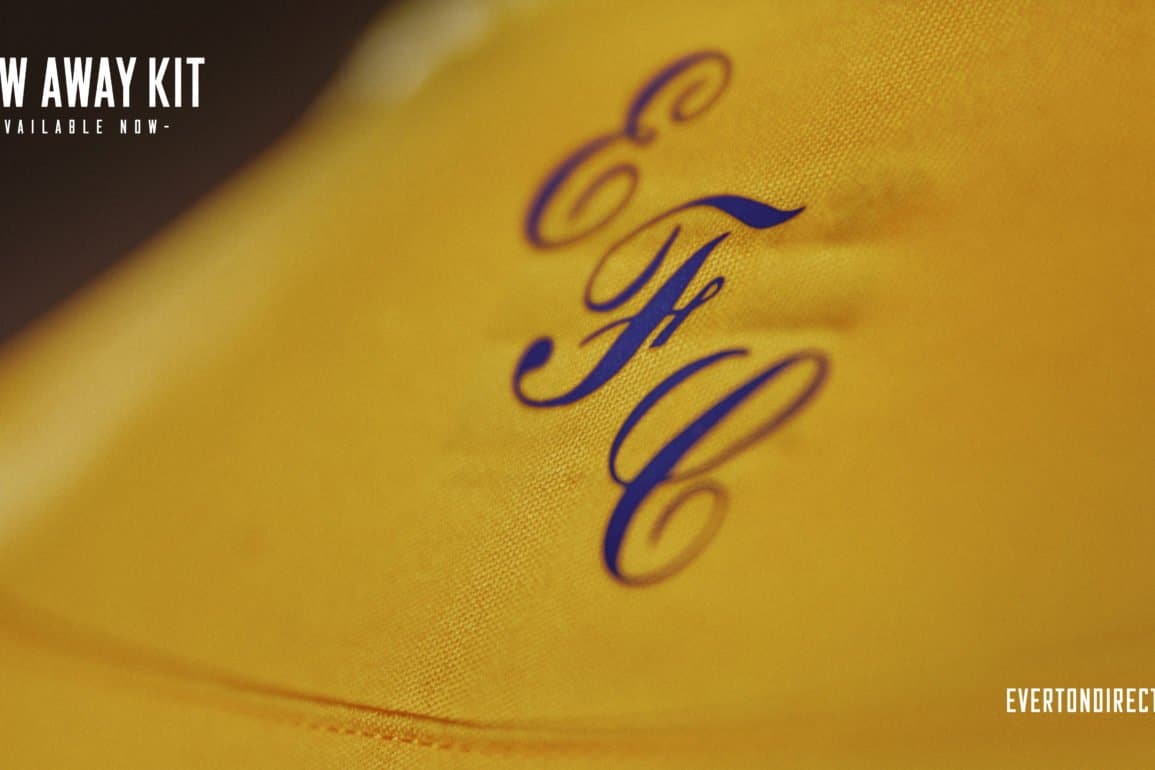 Everton’s new amber and blue hummel away kit for 2020/21 has followed the success of the Club’s 2020/21 home kit – by officially becoming the fastest-selling away strip in the Club’s history.

According to the Club’s Official Retail Partner Fanatics, online launch day orders for the Everton hummel 2020/21 away shirt were more than double those made on last season’s pre-order away kit launch day, with the 2020/21 jersey beating sales for last year’s first day of sales by lunchtime on Friday, just four hours after being revealed. The overall first day online sales were 44% higher than the previous record day for an away shirt launch.

The record-breaking sales of the 2020/21 away kit follow the launch of the 2020/21 home kit on July 3, when just four hours after pre-orders of the Club’s new home kit began, sales had surpassed the full opening day figures for each season over the past decade.

Sales for the away kit have been global, with fans around the world waiting in anticipation after hummel released a teaser video two days before the launch featuring the Holy Trinity statue outside Goodison Park bathed in an amber light. Launch day for the away kit saw the Club and hummel reveal a video charting the history of the Everton amber kit and what it means to Evertonians around the world.

Alan McTavish, Commercial Director at Everton said: “After our home shirt became the fastest-selling in the Club’s history, we are equally delighted that our away kit is also a record-breaker and has been such a hit with fans. Having not just one, but two record-breaking kits is testament to the effort that hummel has put in to working with us and understanding our fanbase and to the work of Fanatics in ensuring that our sales and distribution is able to cater to such great demand.”

Danny Downs, UK General Manager at Fanatics said: “We are delighted that the away kit has had an equally positive reaction from fans as the home kit. In utilising our agility and world class marketing for the away kit as well as the home, we have been able to cater to the increased demand that we have seen from Evertonians around the world. These excellent figures for the away kit are a result of the strong relationship between ourselves, Everton and hummel, and we are already working on plans to support the launch of the much anticipated third kit.”

The hummel Everton 2020/21 home and away kits and, training and team travel wear are available from evertondirect.com and are in-store at Everton One and Everton Two now.