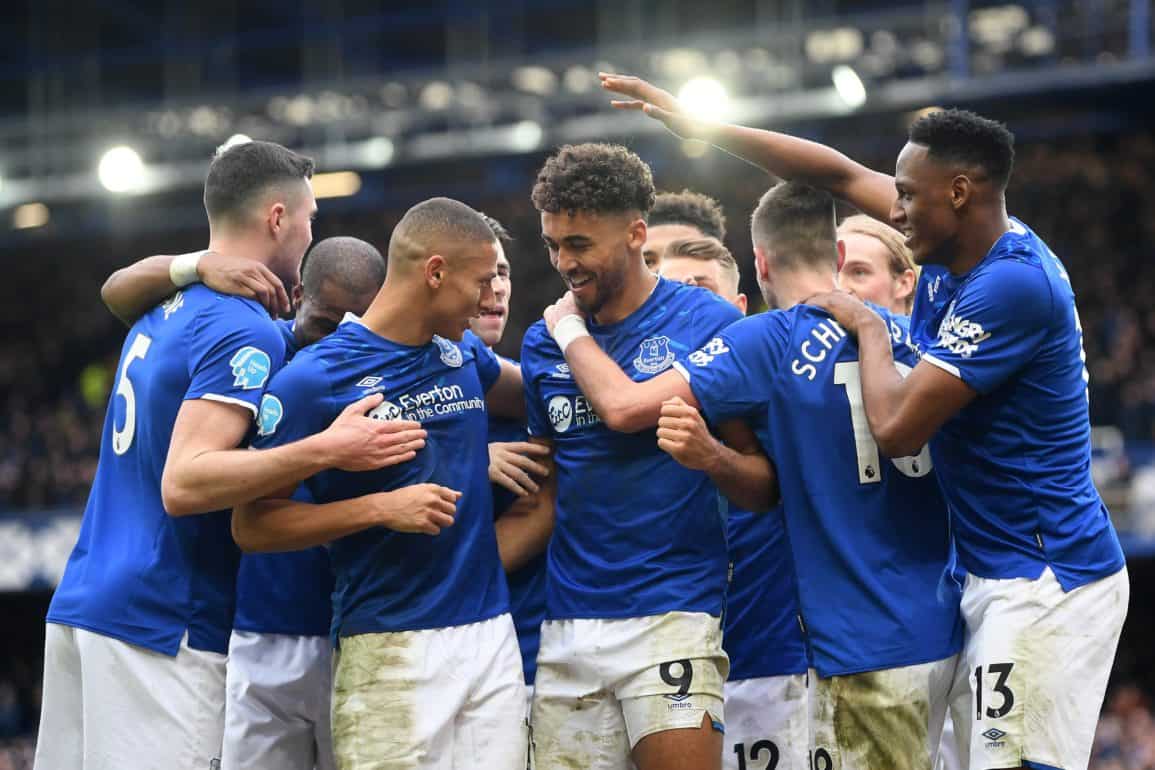 With the 2019/20 season massively disrupted due to the Covid-19 pandemic and the resulting nationwide lockdown, we were unable to bring you the normal Player of the Month articles for March, April and May.

With that being the case, we thought we’d bring you both Pre-Lockdown and Post-Lockdown Players of the Season and then the real award – the GrandOldTeam.com Player of the Season for 2019/20.

The pre-lockdown part of the season was one of indifferent collective and individual form, performances and results interspersed with the odd promising showing. Ultimately though, the overwhelming indifference led to the early demise of Marco Silva as manager of Everton, heralding three games as caretaker manager for Duncan Ferguson that brought a victory over Chelsea, a draw at Manchester United and a disappointing exit from the Carabao Cup after a penalty shoot-out loss to Leicester City. Waiting in the wings and hopefully to switch the light at the end of this very long and dark tunnel back on was the staggering acquisition and appointment of serial winner Carlo Ancelotti as the new manager of Everton Football Club.

Results and performances improved markedly under the guidance of Ancelotti and the ship was steadied until the FA Cup exit across the park and the awful display at Stamford Bridge before football as we knew it came to a shuddering halt courtesy of the coronavirus.

In terms of the total voting numbers for the Pre-Lockdown period, let’s look at the top five players in reverse order. Fifth on the list was Djibril Sidibe, with Yerry Mina in fourth place.

The post-lockdown saw Project Restart bring us football in a whole new series of guises. Nine games crammed into just a thirty five day period, with no fans permitted into any ground, nine player substitute benches with upto five changes permissible and drinks breaks at the midway point of each half. Throw in face masks and elbow bumping instead of post-game handshakes and you have a somewhat bizarre spectacle on offer to the television audiences.

The one guise that didn’t change, at least not for the better, was the continued use of VAR and as many expected and feared, the video replay officials continued to baffle and bemuse fans, journalists, managers and pundits a-plenty with umpteen nonsensical decisions to add to the catalogue of lunacy in the pre-lockdown period.

Whilst every game was televised to allow supporters not to miss out on any of the action, the overwhelming opinion of fans of all clubs around the country was that this was football of an expedient nature, purely to prevent the television companies from reclaiming the money they’d already paid up front to the Premier League for broadcasting rights, money that quite simply keeps many clubs operating and viable.

Not allowing supporters to attend might have been the right decision in protecting the crowds from themselves and potentially deepening the pandemic crisis however, football in empty stadia with piped crowd noise on the television coverage will never, ever replace the real thing. Ut therefore has to be hoped that medical science will produce a vaccine for Covid-19 as soon as possible so that crowds of all sports, not just football, can return to watching their favourites in action.

From the standpoint of Everton, Project Restart was very frustrating as after a reasonable showing in the first game against ‘them’, and victories over Norwich at Carrow Road and Leicester at Goodison, the impetus was lost and disappointing performances against Spurs, Southampton and, in particular, Wolves away followed that put paid to the outside hopes of qualifying for Europa League football next season. Furthermore, the number of games in such a short space of time served to impact negatively with Yerry Mina, J-P Gbamin, Theo Walcott, Fabian Delph, Mason Holgate and Moise Kean all incurring soft tissue strains that could otherwise have been avoided.

Back to the final three games and it took a delightful cross from Andre Gomes and a last ditch looping header from Theo Walcott to salvage a point from another below average display at home to Aston Villa before the pleasing and much-needed improvement and victory over Sheffield United that blunted the Blades European ambitions.

And so to the finale and the visit of Bournemouth that saw the Blues again under-perform in the face of a spirited and determined effort from the visitors. A penalty given away by a Richarlison handball was negated when Moise Kean finished an incisive move down the right only for a poorly defended free kick see the visitors regain the lead just before the break. A third goal from Stanislas with ten minutes left was one Jordan Pickford will want to forget as much as all Blues watching on television.

If there were a couple of positives to take from the post-lockdown Project Restart element of the season, it would have to be the return to England selection form for Michael Keane and the emergence of Jarrad Branthwaite alongside Keane at the heart of the defence following the loss of both Mason Holgate and Yerry Mina to injury.

As with the pre-lockdown period, we’re pleased to name the top five Man of the Match vote winners for Post-Lockdown and in reverse order they were: Richarlison, Lucas Digne, Seamus Coleman, In second place following an extremely promising in-at-the-deep-end first team baptism was Jarrad Branthwaite with barely eighty votes separating fifth from second place, However, leading the way by some margin – Michael Keane.

And so to the main event and the awarding of the GrandOldTeam.com Player of the Season for 2019/20, and after checking and re-checking all the votes cast, the top five vote winners in reverse order were…

In fifth place, after another solid season at left back – Lucas Digne.

A not inconsiderable gap then in the voting saw third place claimed by the goal-scoring exploits of Dominic Calvert-Lewin.

In the runner-up position after a season that saw him blossom into a genuine first choice centre-back was Mason Holgate.

And that means the winner, as voted for by you the fans on GrandOldTeam.com, of the Player of the Season award for 2019/20…