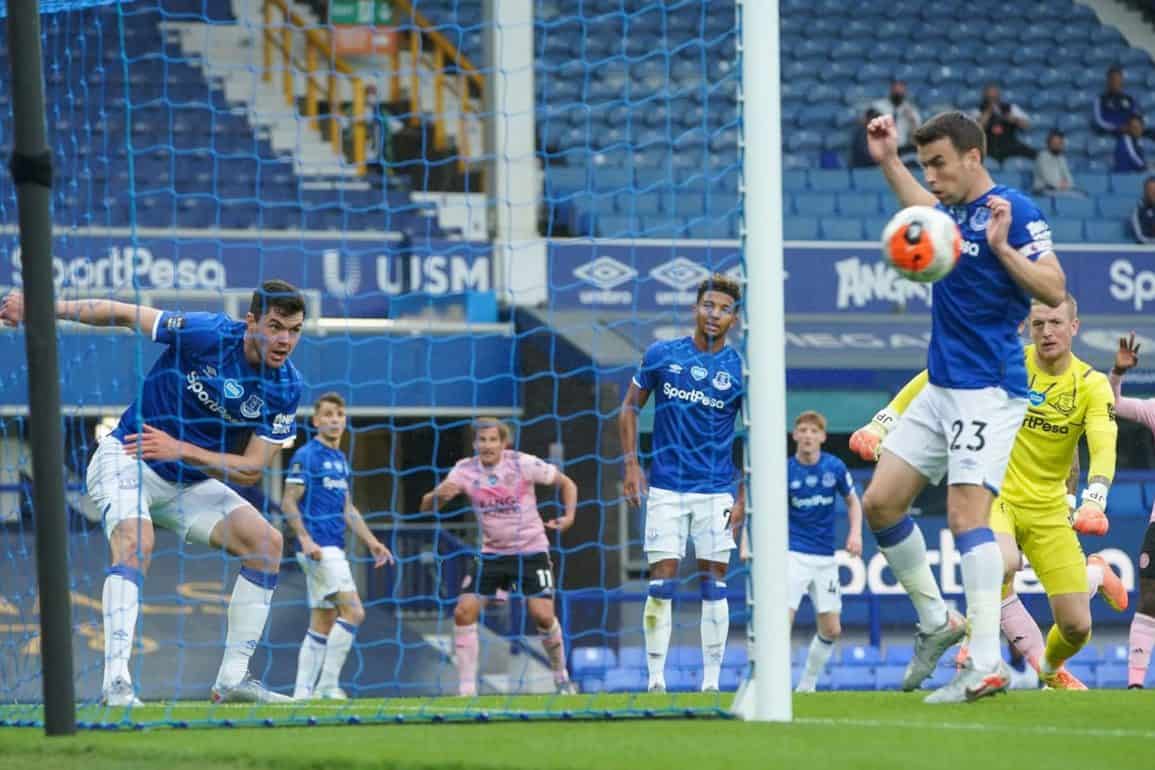 Michael Keane has brushed off praise aimed at him for his performances since football resumed, insisting he needs to carry on until the end of the season.

“I’ve had three good games [against Liverpool, Norwich and Leicester] but that’s not enough – I need to carry on until the end of the season.”

With Yerry Mina now back from injury, and Everton linked with other centre halfs – Michael Keane believes Everton need that competition to be a top team.

“That’s the only way to push everyone in the squad. It’s been me and Mason [Holgate] at centre-back in the past three games but I’m sure Yerry will get his chance.

“If you want to be a top team, you’ve got to have competition in every position.

“We want to get into Europe and tonight was a must-win, really.

“Everyone defended well to a man and worked really hard.

“I don’t think we showed our full quality on the ball.

“We had a few nice patches but we know we can play better. But the game was all about the result and we’ll take that all day.

“It’s important to build on this momentum now”