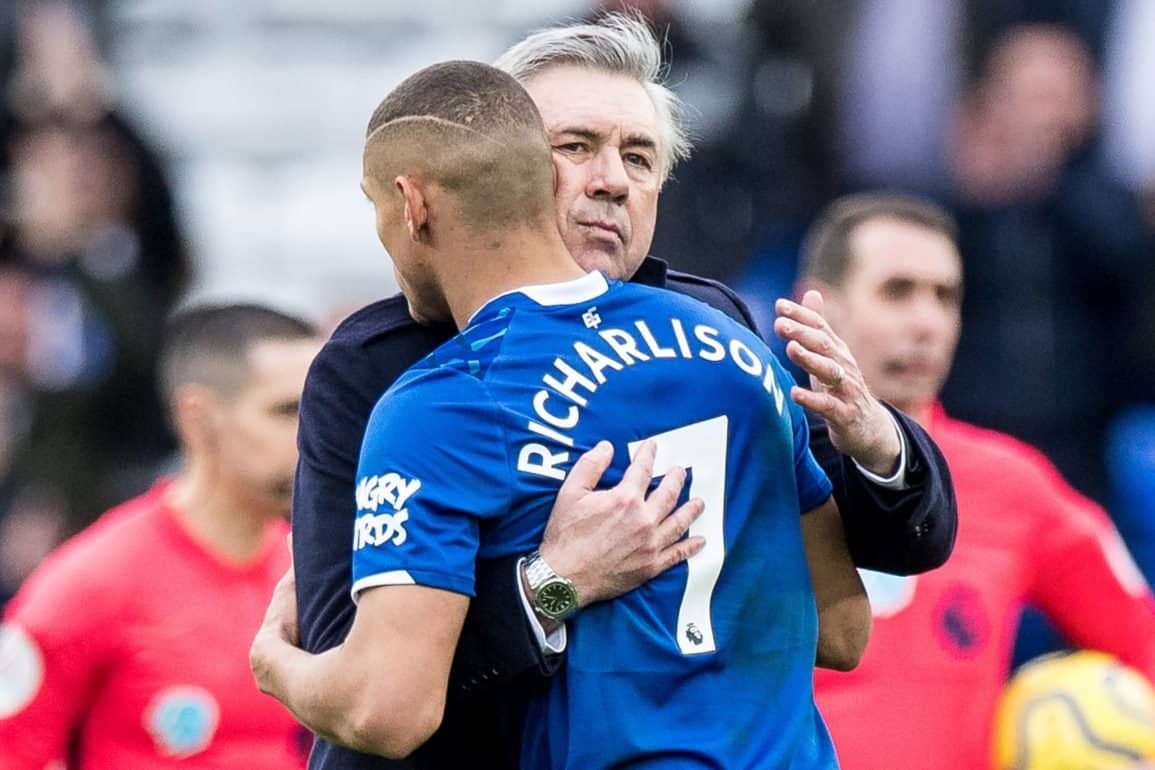 Richarlison has revealed Everton received offers for him in January, but even had they been accepted, he wouldn’t have left Everton mid-season.

Richarlison told Desimpedidos: “There were lots of offers during the season, from Barcelona and from Manchester United.

“But the club opted to keep me in the group and I didn’t want to leave in the middle of the season. It’s bad to leave teammates like that.

“Of course you feel impacted – Barcelona is one of the greatest clubs in the world, but I think happiness plays its part as well.”

The 23-year-old Brazilian has also told evertonfc.com of his intention to remain at Everton for many more games, with his Everton career prolonged due to the arrival of Carlo Ancelotti.

“They’ve supported me since I arrived. I intend to play many more games, even more so now with the arrival of Ancelotti.

“He’s always helping me. Everything’s there for me to grow and develop within the Club.

“The manager is always talking to me.

“He’s trained the greatest strikers in the world, Ronaldo and [former AC Milan hitman Andriy] Shevchenko, for example, and he says I’m in his top-10 list of best attackers.

“So I’m really happy to be training with Ancelotti, he’s really experienced and well known in world football, with numerous trophies.

“I’m here to learn and he’ll help me a lot here at the Club.”