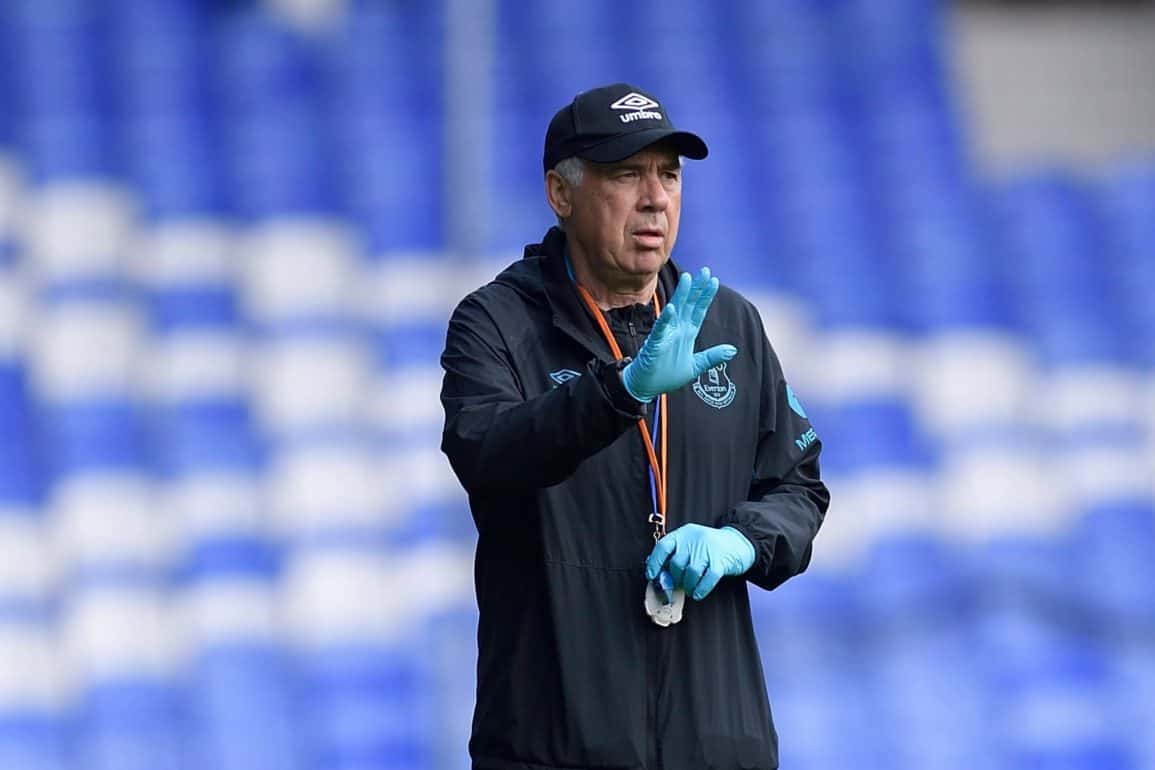 Carlo Ancelotti is confident his young Everton team, with investment, will grow very fast to be able to compete with the best.

In a captivating interview with Sid Lowe, published in the Guardian, Ancelotti also spoke how he feels a sense of belonging at Everton.

Carlo Ancelotti: “We’re getting closer to being able to compete with the best and the project is very interesting. We’ve got a young team and the spinal cord is good, from the national team. Holgate, Mina, Michael Keane. Very reliable players. There’s André Gomes, Lucas Digne. And two very, very strong forwards.

“It’s a young team, it’s growing. It’s clear we have to invest to compete but the club wants to do that, we’re planning the new stadium, I think the club’s going to grow very fast. We also have a strong fan base; the relationship is very close. We’ve invested in the community, and that’s important. We have events where we go to see people, there are [open] days when they come to our training session: kids, people with learning difficulties, with problems. When lockdown started, we called people.

“Sometimes people say they can’t believe I’m coaching this club, but I feel really good here. It’s a family club and I’m always happier when you feel that closeness and support. The staff here are genuine Evertonians; there’s a strong sense of belonging.

“We wanted Leighton Baines to sign a new contract. First, because he’s an important player who can help us. Second, because they’re an example for everyone.” Future coaches, too? After all, if anyone can spot one, it’s Ancelotti. “Leighton Baines could be, Coleman could. I think Sigurdsson could be. Delph could be a good coach. They’re people who see football.

“And Duncan is an extraordinary person with a deep love for the club. His experience helps his relationship with the players, he has knowledge and understanding of the game, and he is very charismatic. He’s very direct, very clear, and I’m really happy with him.

“Our future is clearly delineated. The pandemic has created all sorts of problems for the game but that won’t change our plans for the future. Our decision [to take salary cuts] was something we felt was right to do: if you can do something to help those who live alongside you, you should. We did it, we’re happy, and we carry on: that has no impact on our development. The idea is still to improve the team with signings, we’re clear on that. We don’t have a lot of time before next season but what we need to do to improve the team we’ll still do, no doubt.

“That’s one thing the pandemic has damaged for sure. Everyone wants the fans there: we need the noise of the ground, it changes things emotionally. But I think the game itself will be the same. A derby is a derby.”

You can read the full interview here.