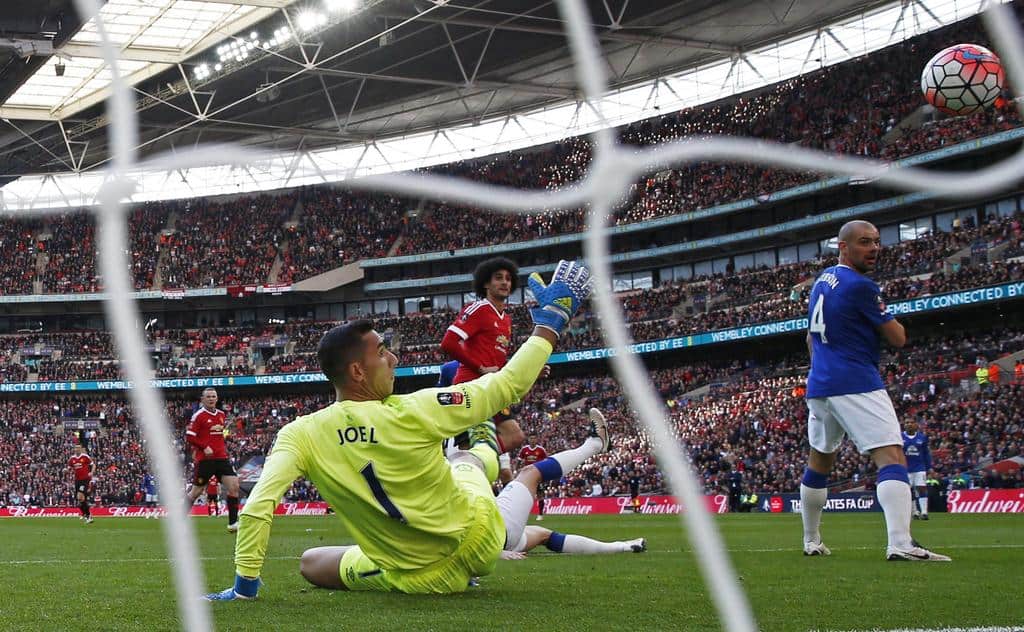 The past weeks have been difficult and strange in equal measures. Lockdown has done some funny things to us all. In my case, it has prompted the rather sadistic sounding activity of reliving past Cup heartbreaks and scrutinising their impact on a manager’s legacy.

Take our injury plagued FA Cup final with Chelsea in ‘09. Arguably, those injuries denied David Moyes the domestic cup success that his tenure probably deserved and warranted. As a result, the Moyes’ era, in which Everton vastly improved, will always be blotted by the continuation of our trophy drought. However, it is the 2016 semi-final encounter with Manchester United, which evokes similar feelings of ‘what if?’…

In what was a dismal league campaign during the 2015-16 season, Roberto Martinez’s team of serial underachievers, found salvation in the cups.

The League Cup had seen Everton reach a semi-final, edged out in controversial fashion by the eventual winners- Manchester City. Whilst the FA Cup saw Everton more clinically and convincingly dispatch of Dagenham & Redbridge, Carlisle United, Bournemouth and Chelsea: scoring 9 and conceding 0 across these four rounds. Reaching another semi-final.

Following an embarrassing, but all too familiar, capitulation at the hands of a Dimitri Payet inspired West Ham, pressure was mounting on the Spaniard. With just a week until an FA Cup quarter-final and disillusionment within the ranks of Evertonians at new heights, it quickly became apparent that only the FA Cup could provide Martinez with the pressure-relieving, and somewhat redemptive tonic he so badly needed.

On the 12th March, just a week after total embarrassment, Romelu Lukaku’s quarter-final heroics under the Goodison lights, fired Everton to Wembley and gave Martinez his shot at redemption: win the FA Cup.

On the day of the semi-final, Everton knew that victory over Louis Van Gaal’s inconsistent United side, would set up a final against fellow league strugglers: Crystal Palace or Watford. In effect, Everton were 1 game away from reaching a cup final in which we would have been favourites. A rare opportunity. One in which the Martinez reign depended on.

On the 23rd of April, a bright and sunny Wembley was met by a bright start from Everton. After beating Fosu-Mensah to the ball, Romelu Lukaku had a golden chance to put Everton ahead. Instead, rather profligately, the Belgian’s cumbersome touch past the onrushing De Gea, took him away from goal. Only managing a tame, floated effort to be stabbed at goal, before being emphatically cleared off the goal line. Later, in similar fashion, Lukaku failed to convert a wonderfully weighted through ball from Tom Cleverley, into a goal. Let down again by his loose control.

Typically, after a brave and spirited half hour, Everton were made to pay for their wastefulness in front of goal. Dancing past the statuesque Mo Besic, Martial managed to pick out former Everton player, Marouane Fellaini, who calmly slotted home on the 34th minute.

Trailing at half time, Everton’s rebuild was slow and steady. Yet, after good work from Aaron Lennon and Ross Barkley, Everton had a penalty before the hour mark. A penalty which Everton’s top scorer, confidently stroked towards the corner, only for David De Gea to tip around the corner following an athletic lunge to his right. It all felt very ‘Everton’. And unfortunately, it was.

After Gerard Deulofeu’s searching ball was inexplicably turned into his own net by Chris Smalling, a brief eruption of joyous hysteria swept over Evertonians, with just 15 minutes to play. Then came the heartbreak. After a game in which not much seemed to go their way, Smalling’s OG represented a false dawn for Everton. Their luck had not turned, and this would be no replica of the triumphant semi-final clash with United in ’09.

As the Everton players seemed to naively start planning for extra time, with John Stones and Phil Jagielka unconvincing in the final minutes, the mercurial Frenchman, Anthony Martial, broke free and tucked the ball into the far-right corner of Joel Robles’ net. A real sickener. With just seconds to play, the lack of mental resolve which had been the undoing of these players so many times before, had proved costly once again.

A day later, Crystal Palace (who would eventually finish 16th in the league), joined United. After beating Watford 2-1, they would eventually go on to lose by the same scoreline in the final (aet). Though it was an extremely competitive final, and Palace would have undoubtedly proved difficult opponents for us too (as they had done in both league encounters that season), it is hard not to reenvisage the final with Everton in place of United. As favourites amongst the bookies. Buoyed by quarter-final and semi-final wins against Chelsea and United, battling past a dogged Crystal Palace in the final and lifting their first trophy since 1995. Oh if only…

History is full of these ‘what if’ moments. Football is no different, as I’m sure Roberto Martinez reflected on, following his sacking just a month later. With an FA Cup to hand, he would have almost certainly avoided the sack, which, with Farhad Moshiri’s money that coming summer, would have been fascinating. Could Roberto have addressed his tactical deficiencies through lavish spending and an extra year of learning? Maybe, maybe not. But avoiding the wasteful purchases of Martinez’s successor, Ronald Koeman, certainly sounds appealing. After all, Sam Allardyce would never have happened…

Albeit fun, frustrating, and painful, speculating on alternative history can get messy, futile and detract from the main premise of this article.

Ultimately, we will never truly know what victory in that semi-final would have meant for Everton FC or Roberto Martinez. However, we do know that it reflected a gilt-edged chance to win a trophy. An opportunity that went begging. Sealing the fate of Roberto Martinez.

Hopefully, with Ancelotti, a few of these ‘what ifs’ will soon become realities.