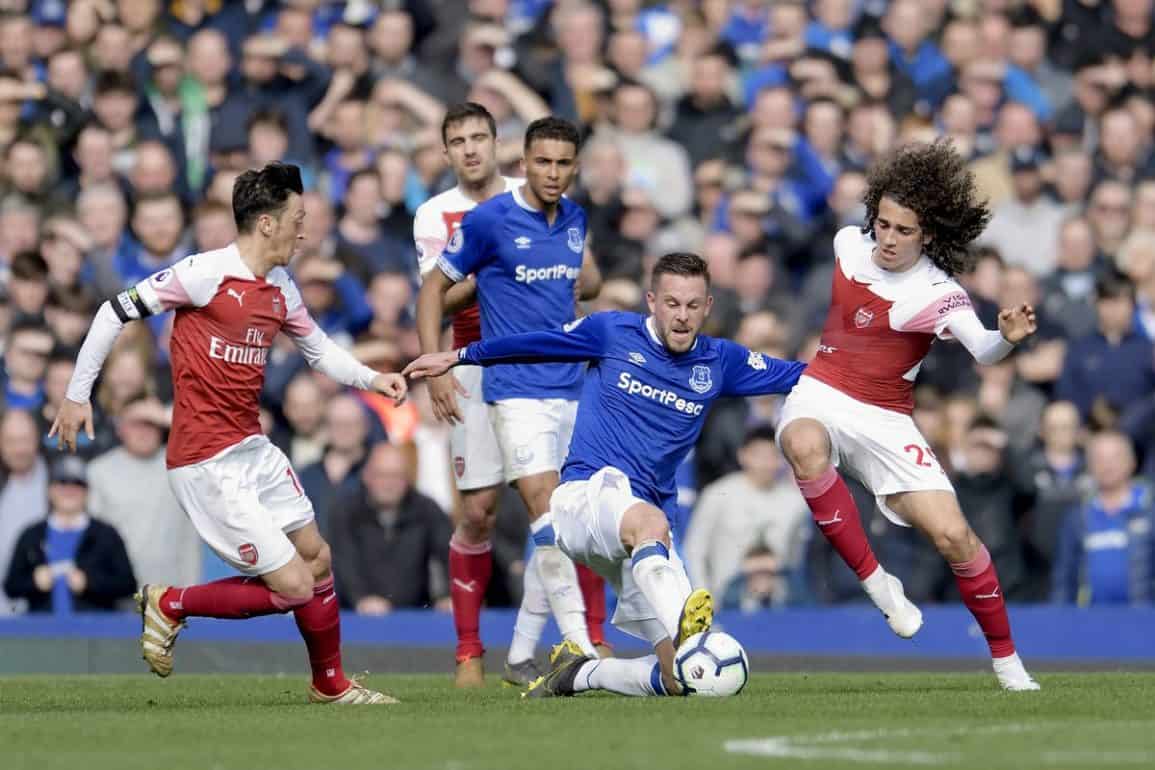 The battle for European football next season heats right up on Sunday when Everton make the trip down to London to face Arsenal.

The Blues go into the weekend occupying ninth position, whilst the Gunners start in 10th, two points behind Carlo Ancelotti’s side. Just seven points separate fourth place Chelsea and Burnley in 11th, so three points would be massive for whoever comes out on top at the Emirates.

Both teams suffered horrific starts to the Premier League season so it is somewhat of a miracle that they can both still achieve such a high finish.

Arsenal are unbeaten in 2020 and have on lost once since Mikel Arteta was appointed as Unai Emery’s successor, but the Londoners have drawn five of their eight league games under the Spaniard.

A comprehensive 4-0 drubbing of Newcastle in their last league outing and a 1-0 away win against Olympiacos will put them in good stead ahead of Sunday evenings kick-off.

But Everton come into this one in fine form too, only Liverpool have picked up more points than Everton since Ancelotti’s appointment, the Italian has won five of his eight league games in charge so far.

Everton have never won at the Emirates.

Alexandre Lacazette hasn’t enjoyed the most clinical season of his career, but there is no doubt the Frenchman is deadly in the box if the chances are presented to him.

After a nine-game goal drought, Lacazette has scored in his last two games for Arsenal and will have fond memories of his fine finish in this fixture last campaign.

He will confident of getting the better of a defence that hasn’t kept a clean sheet in four games.

The hosts will be without Calum Chambers, Mesut Ozil, Cedric Soares and Kieran Tierney.

Lucas Torreira is a doubt and Sokratis limped off during their Europa League clash in Greece on Thursday.

Everton will welcome Andre Gomes back to first team affairs for the first time since his horror injury in November.

Jean-Philippe Gbamin is out.

Stuart Attwell will be in charge of the whistle for this one. in 19 games this season he has dished out 95 yellow cards and three reds.