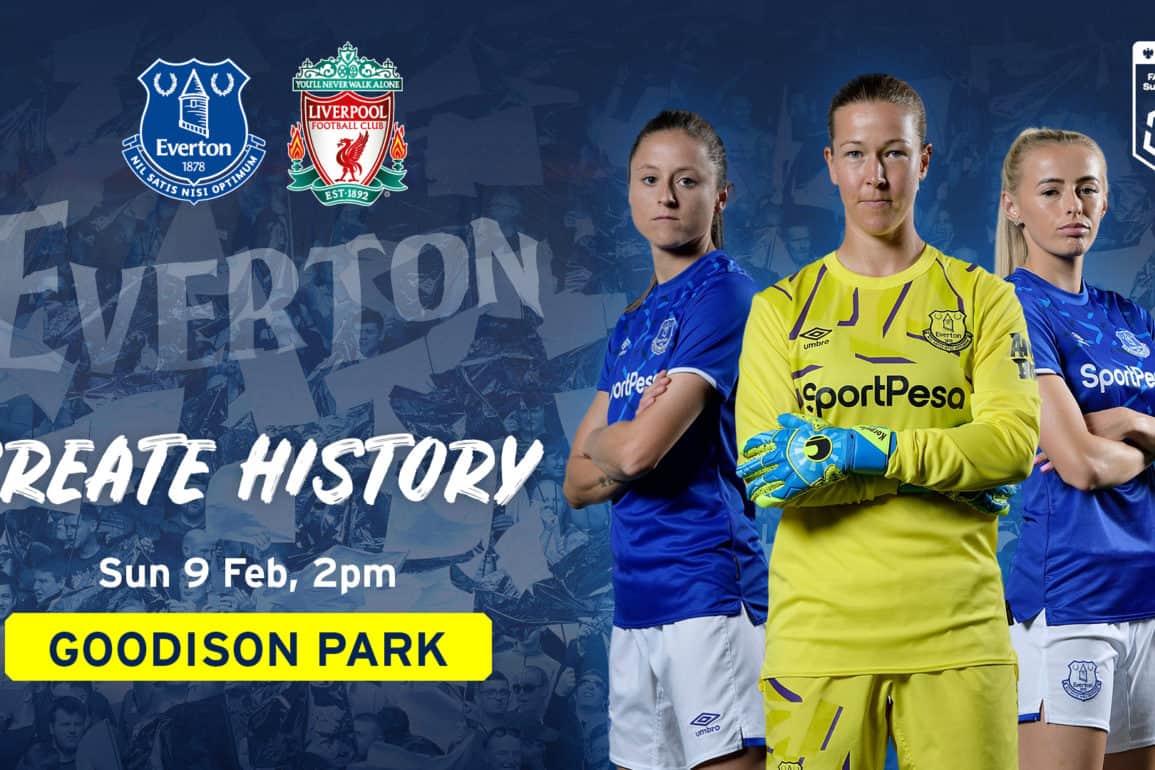 The historic clash between Everton and Liverpool will take place on Sunday 9 February, with kick-off at 2pm.

It will be the second meeting of the two teams to be hosted at a first-team stadium this season following Everton’s 1-0 victory in front of a derby record crowd of 23,500 at Anfield in November.

As well as the success against Liverpool, an impressive campaign to date has seen Willie Kirk’s side defeat Birmingham City, Bristol City, Brighton and Hove Albion, Reading and Tottenham Hotspur.

“Everton is a club renowned for its great support and that was on-show when we went to Anfield earlier this season. Now the reverse fixture is at Goodison, we have a chance to introduce our women’s team to even more Blues.”

Liverpool FC Women manager Vicky Jepson added: “It’s fantastic that we’ve got another match in which to showcase the women’s game on Merseyside.

“The Anfield derby was a terrific occasion and I hope as many Reds as possible will cross the park to cheer on the team at another historic football venue.”

The Club’s ongoing commitment to allowing Season Ticket, Lounge and Official Members free access to women’s games will continue for Sunday’s fixture, although all Members are required to claim a ticket and select their seat in advance.

Tickets are otherwise £6 for adults and £3 for over-65s and juniors, with a £10 premium ticket also on offer.

For full ticket information or to buy or claim a ticket, click here.