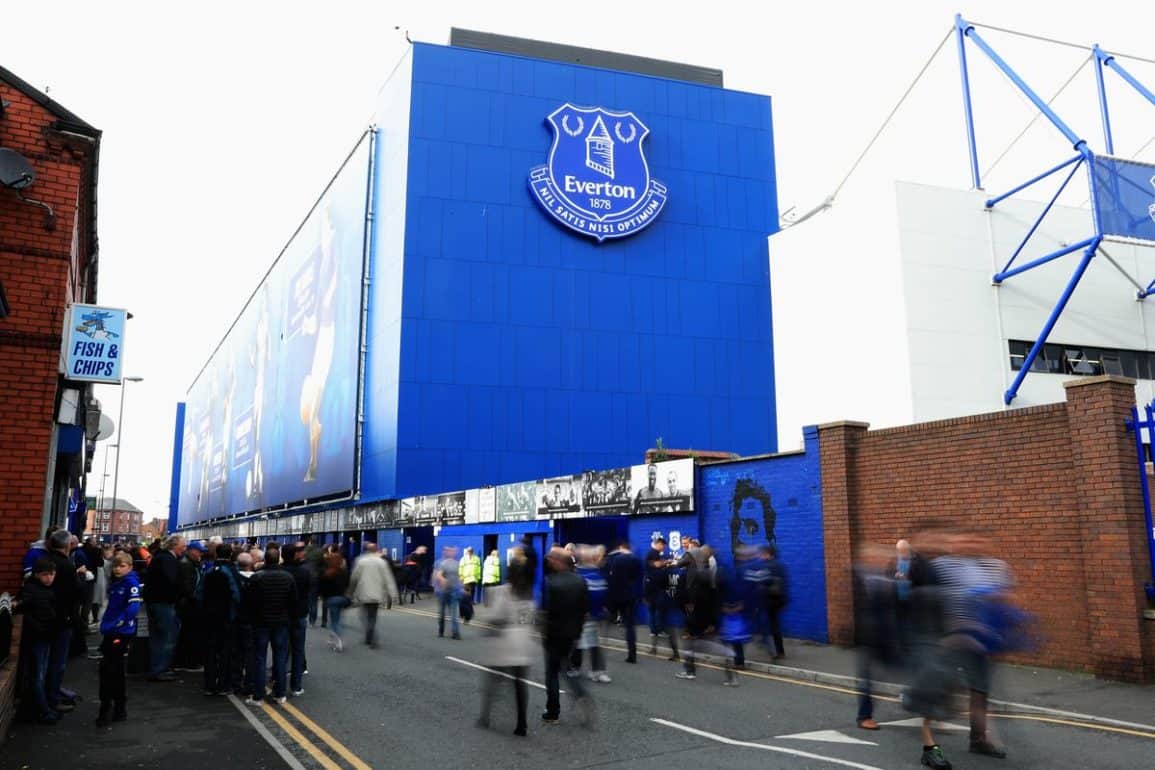 The State of Play

We are sold that life is in essence a meritocracy- namely that opportunities will come around to those who deserve it and opportunities arise to those who merit them. While there is a degree of truth to it, for the most part it is a (damaging) myth.

As Everton approach the end of January, they too have been presented with a unique opportunity and one which it would be hard to argue they have done an awful lot to deserve. After a hideous first third of the season it seems hard to envisage, but they sit just 4 points behind 5th place in the league.  This is as close as the have been to that position at an equivalent stage of the season in 6 years. In the last 11 years on only two occasions have they been closer (in 2013 they were 1 point ahead of 5th and in 2014 they were 1 point behind 5th).

The significance of this ought not to be lost on anyone at the club. It would be very easy to write a season off that had started so badly as a transitional one. In many ways giving Ancelotti an 8 month period to assess players before the start of next season is an inviting and positive opportunity. In truth, such successional planning has been too often missed from Everton over a long period of time. Very rarely has it really felt a manager has truly utilized the performances of one season to carry into the next. It is an opportunity that Everton should not pass up.

Yet this cannot be done at the expense of completely writing off this season. As indicated above it has been 6 underwhelming years since Everton were able to be this close to the top 5 of the country. The practical benefits of finishing 5th– European football also have to be added by the luxury of not having to start the season hideously early. There are symbolic benefits too. Since Farhad Moshiri has arrived he has been desperate to break into the top 6 and thus far has fallen short of that ambition. Slowly and chaotically he has put together a footballing operation that is befitting of a club with that ambition with the duo of Carlo Ancelotti and Marcel Brands. If this is added to finishing in the top 5 and having European football you sense Everton’s clout and ability to attract players moves up a number of levels in a short space of time. Alongisde this, the damage it would do to fellow rivals (Tottenham, Manchester United and Arsenal) to have 2 sides push them out of the top 5 would be enormous and significant.

That is the carrot that dangles in front of Everton at present. As indicated above, you could hardly begin to make a case for them deserving such a chance given the lacklustre performance for the majority of the season. Yet as I’ve indicated above life is rarely meritocratic. Opportunities for the most part don’t arrive when you want, expect or perhaps deserve them too. What marks out individuals or organisations who are successful from those who aren’t-from my experience at least are those who are able to spot when life has thrown them an opportunity and are then able to convert it.

This is often starkly apparent within the sporting field. My own youth was spent watching Everton compete in a league dominated by Manchester United from the mid 90’s onwards. There were countless games at Goodison where they would come, be second best for long periods, Schmeichel (or later Van Der Saar) would make some key saves and then the momentum of the game would turn and they would punish the lack of ruthlessness with acute efficiency. Often they were not streets ahead in the broad ebb and flow of the game, but they would sense moments and opportunities, and if you opened the door for them you would most often be punished. Indeed the sinking feeling you had, when you knew you had missed an opportunity was overpowering, as you knew you would pay for it come the end of the game. All of the great teams I’ve watched have that in abundance (including unfortunately the current Liverpool team).

The significance of the opportunity that presents itself to Everton should not be lost on the players or management team. The concern will be that this squad of players (and indeed this club) is that they have made a habit of missed any opportunities (some small ones) when they have presented. The number of important games that have been lost over the last 20 years is testament to this. So it is with hope, as much as expectation that I say we need to take this chance.

Aside from that memory of the past, there are causes for further optimism from the wider stats. The 2nd key statistic is that post and pre Silva give a marked difference in form. As of his departure we sat in 18th place. In the 9 games that have followed we are joint 3rd with Southampton (who have a goal difference of +1 better than ours). Only 2 sides have a better defensive record in that period. The contrast has been stark and immediate. It seems harsh and perhaps simplistic to say the manager was big problem for Everton but it’s becoming harder to avoid that conclusion.

In truth Everton’s last 3 permanent manager have all had a similar record after 9 games. Koeman started with 15 points from his first 9 games while Silva also picked up 15 from his first 9, neither of these managers inherited a team in the relegation zone (albeit they were not substantially above that) and had a full pre-season to work with the players. Allardyce started with 12 points from 9 games, and he inherited a side with 15 points from 14 games which is similar (though a little better) than the 14 points from 15 games we had when Silva departed. So the impact of removing the manager has been better than for the last 3 managers.

The big question around this, is can it be sustained. On the face of it there are legitimate grounds to believe so. As things stand we have not added any players in January, but we have key players returning all of the time. Andre Gomes is back training, we hope and anticipate the return of Gbamin at some point while Iwobi should also be fit soon. These could all be significant returnees for Everton. Within the squad, though relatively unpopular the return to fitness of Delph, Schneiderlin and Sigurdsson gives the manager flexibility and freshness for his 11.

Sustaining a positive start will be very important. Following the initial 9 games form tailed off (somewhat dramatically) for all managers. In fairness to Allardyce his 21 points from 15 games  was about in line with the start he had made (we had already tailed off by the 9 game stage) but Koeman saw a disastrous run of 2 points from 5 games, while Silva picked up 18 from his next 16 fixtures. A repeat of either of those runs would (each in their own way) would likely confine Everton their lowest league position in over 15 years. So sustainability remains very important moving forward.

Aside from the returning players, there are others worthwhile markers. If you assess the 9 games themselves, Everton lost a lead late after fatiguing against Manchester United, completely self-sabotaged against Newcastle and were potentially denied a win against Arsenal due to a seriously fatigued performance. Had Everton won 1 of those games they would have been out in 3rd on their own over the last weeks, had they have won 2, they would be 2nd. So even within what has been fairly drastic turnaround there is a feeling that we have left some points in the bag and areas where improvement could be feasible.

Essentially a mixture of fatigue and complacency have hit Everton hard over the last 2 months. There is a wider discussion on both points (essentially being they need to be a lot fitter and more professional when defending leads). One of these can be worked in very quickly- the other may be more of a medium term project. Yet in the short term it’s unlikely the issue of fatigue will be as brutal as it has been. For a starting point the intense fixtures that exist between December and January are not repeated. Secondly with Everton now out of the cup (allied to the winter break) there are now numerous opportunities for rest for the squad. Players will get back fit over this time, others will be able to take rest between games and finally those carrying niggles will begin to have time to get back fully fit.

This has dogged Everton this season and has been a nagging concern since Moyes has left. I saw another league table show Everton were in the top 4 sides in the country on first half scores, but are bottom of the league for 2nd half scores. This, like other stats we have looked at is stark. It’s hard to avoid the conclusion that there are serious questions about the fitness of the side (as well as the professionalism and game management). While the lower frequency of games is not a long term solution to this (and one should be sought) it does again give a reprieve to the club and present the opportunity for the players to show more of the top 4 “first half” performances for a greater duration of the game.

With many of Everton’s rivals still in European competitions (Wolves, Manchester United and Arsenal) as well as potential cup action there lies a real opportunity for Everton. If you extrapolate out the seasons form to 38 games, currently 56 points will get you 5th. While there is a chance that a team may put a run together to up that points tally, the likelihood is perhaps greater of the reverse- promoted teams tend to tail off, Manchester United have serious injury problems and they like Arsenal may get to a point where they prioritise European competition over the domestic league season. It would seem likely if you get close to 60 points you will almost certainly be 5th.

This leads us back to the question of sustaining the good form we’ve had and grasping the opportunity that has been given. If we continue at 16 points from every 9 games played we end up with an additional 25 points and 55 points. We are very close to the numbers required to potentially securing what would be quite a remarkable league finish. It is now on the club to try and grab that moment.