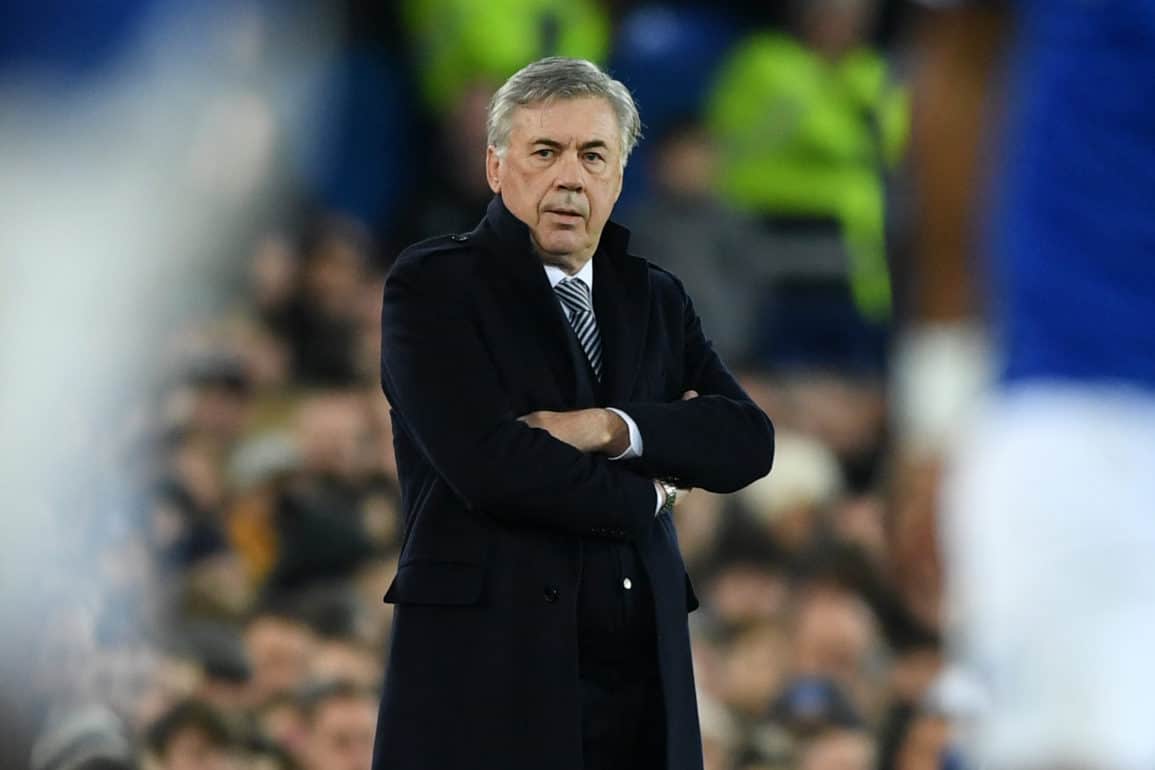 The appointment of Carlo Ancelotti was eye opening. In truth the mess Everton had made of the season gave them little right to anticipate recruitment a manager of Ancelotti’s calibre, a manager who has won more European cups than Guardiola, Klopp or Mourinho. The challenge he faced was considerable. Everton lay 15th in the league with 19 points from 17 games. The squad was depleted with injury and was stretched. The previous display against Arsenal was a tepid, lacklustre performance from a side that looked heavily fatigued. Given he faced a run of 3 league fixtures in a week, 2 of them which were crunch 6 pointers it is enormous credit we have lost just 1 of his first 7 league games.

The numbers are quite striking. In his first 7 games they have scored 8 goals but have only conceded 6. In contrast to the final 7 games of Silva’s regime we scored 10 but conceded 14. If you pencil in the Ferguson trio of games the side have conceded 8 goals in their last 10 games against 20 in Silva’s last 10 league games. So as the old adage goes, Ancelotti has built from the back. It is important that these foundations that are being laid get cemented. Sam Allardyce did something similar, yet very quickly the defensively stability evaporated. Whatever Everton want to do moving forward, it needs to come from building upon the sturdy base that has emerged in the last 10 league games or so.

There is some hope for this. Lucas Digne and Sidibe at full back ar 26 and 27 respectively and at centre half Mina and Holgate are 25 and 23. This is not an old back 4 but one that you would expect to potentially get even better if it can continue to be drilled together. The improvement of Mason Holgate, a man who as little as 3 months ago seemed destined for the chop is an enormous bonus for the club. His temperament as well as his ability looked to be matched with a physicality that was perhaps lacking earlier in his career. He is currently a massive bonus for Everton and perhaps a visual reminder to supporters and the recruitment side of the club that pre-judging players too quickly, and allowing them to leave too quickly can be a short term cycle that can deprive the club is valuable contributions from players.

If you were to summarise what else Ancelotti has done positively it has been to invigorate Dominic Calvert Lewin. On arrival he pinpointed Calvert Lewin as a player who had enormous potential to be amongst the best in Europe, but someone who needed to focus more on scoring goals. He has repaid this faith during the first month or so in charge. The goal he scored against Newcastle was renascent of (former Ancelotti striker) Inzaghi in how he played on the shoulder of the last man, and would turn and swivel in a moment. He looks an increasing threat in matches and is increasingly confident in taking on shots.

The numbers are now starting to reflect this potential. This season he is scoring a goal (excluding penalties) every 149 minutes. This is an outstanding contribution. To give some perspective, players such as Haller (1 goal per 322 minutes), Jiminez (200+ minutes) Pukki (207 minutes) Kane (207 minutes) are all significantly behind him despite many being bought for substantial fees. Even our own Romelu Lukaku only surpassed Calvert Lewin’s current record in his final season (the 4 he were at the club saw him score a goal every 171, 287, 177 & 131 minutes).

His record is even better when you factor in his time under Silva. Under Marco Silva he had scored 3 league goals in 677 minutes (a goal every 226 minutes) while since that point he has 7 in 810- one goal every 115 minutes (and it’s less than 1 in 100 minutes under Ancelotti). While there were improvements under Silva for Calvert Lewin, it has taken perhaps a more experienced and flexible manager to take Calvert Lewin from the bracket of a promising young striker to one who is increasingly looking like a leading marksman in the league.

However while the positives are numerous it would be wrong to suggest it has been complete plain sailing. The mental fragility that the majority of fans remain deeply concerned by remains in evidence even within the month Ancelotti has been in charge. The defeat against a weakened Liverpool team was disappointing and the final 2 minutes of the game against Newcastle displayed a group of football who seem to have startling lack of intelligence when considering what to do when trying to see a game out. How Ancelotti manages this, and whether we see an improvement is going to be critical in how quickly things can be improved.

The league itself remains very tight. For 5th place to be on just 34 points is startling at this stage of the season. The gap between 19th to 5th (11 points) is as close as it has been in my memory of watching football. The next nearest I can find is 18 points. If extrapolated across the season it puts 5th place on just 56 points. At this stage the league is filled with mediocre, inconsistent sides, who can play well 1 week followed by playing awfully the next. For Everton, on 30 points it represents an enormous opportunity, to break into the top 6 and take advantage of the weakness of some of the sides who have usually been significantly above us. We are averaging 1.83 points per game under Ancelotti. If this can be continued we end the season on 54 points. So there is little exaggeration to state that a top 5 finish is still a possibility if we maintain the somewhat erratic form we have seen under Ancelotti.

For a side that was 18th in December facing a run of games that included Leicester, Arsenal, Chelsea, Manchester City and Manchester United in quick succession this represents a unique opportunity. For Ancelotti (who came in with Everton 15th) you sense it is well above what he would have first intended when he arrived. It remains unlikely, but still possible and an illustration of how there remains plenty to play for the remaining fixtures. Everton also have the added advantage of not being in either domestic cup competitions or European football, which will potentially heavily impact upon league rivals.

The final big positive is that players are returning from injury and others are gaining full fitness back. I sense Mina & Digne have been playing at less than 100%. Bernard has another 10 days to get fitness into him and Iwobi, Gomes and Gbamin should be back before the season ends (as well as Sigurdsson). Some of the above will more than likely be squad players, but others could potentially give Everton the power and penetration that at times we have been missing in certain games.

So for Ancelotti, thus far there has been an awful lot of positives within the first month. It is important these are not squandered as the season goes on. The real opportunity for Everton is to replicate what Leicester have done, in allowing a manager a prolonged pre-season to evaluate his players and get recruitment done correctly in the summer ready to attack the next year. If that can be dovetailed with an unlikely dash at the top 6, a season that promised to be a thoroughly depressing one for much of the first half may have a surprising silver lining.