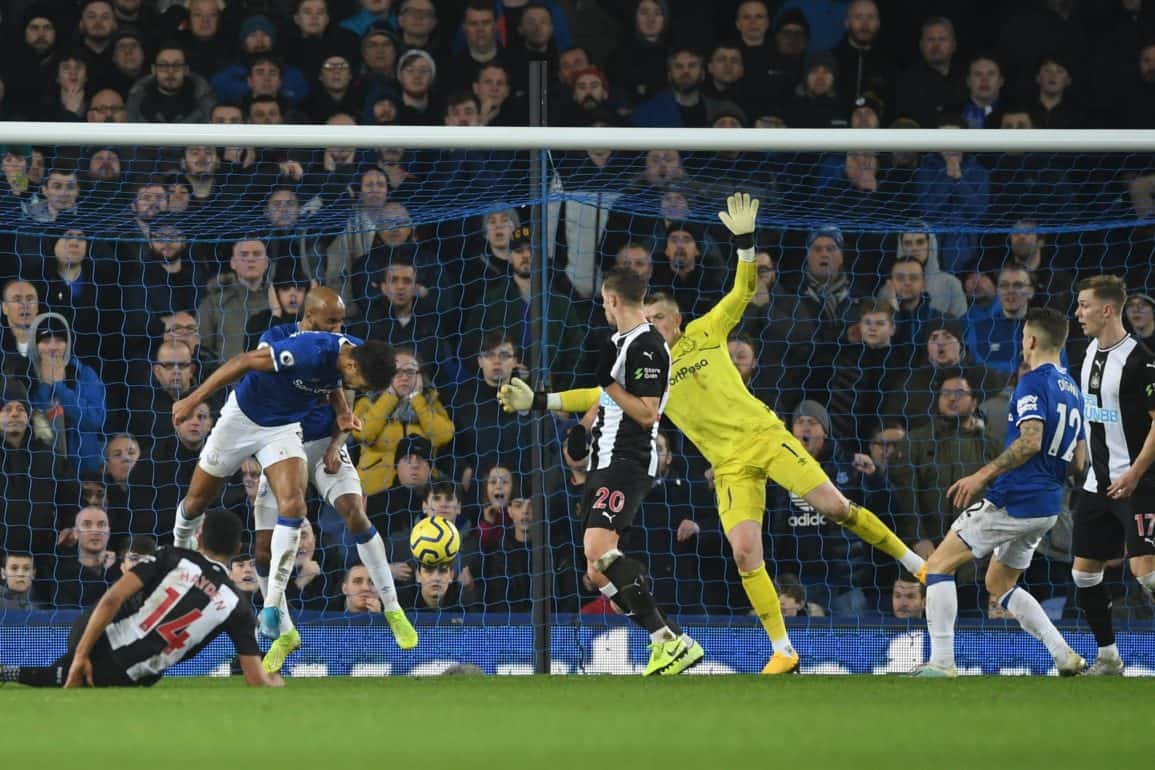 Following Everton has become more than a simple act of faith. It is now a test of endurance.

Hercules might’ve thought he had it bad, facing Cerberus, the Nemean Lion and the Hydra of Lerna. But those Labours are nothing compared to sitting through an average Everton season. I doubt he could’ve managed Tuesday night.

Supporting has become suffering, fuelled by the club’s restless quest to find new and innovative ways to inflict misery on the fans.

Think you’ve seen the most anaemic half of football in your life, well hold onto your hat!

Think shipping five in an Anfield Derby is as rough as it gets, well wait until you see this cup tie!

Recently, on every occasion when you think you’ve seen it all, when you think that Everton have no further ways to surprise you, the club manages to produce yet another staggering disappointment.

Suffering is, of course, part of football. According to the football writer, Alexander Shea, there are two ideas of fandom that are currently at war in the modern game. These are (1) football as event, carnival (2) football as emotional investment. It’s a debate that has been defined by French theorists as the clash between ‘plaisir and jouissance.’

Football as an ‘event’ or as ‘plaisir’ is a reference to the kind of support that you’d witness at a World Cup, European Championships, or at one of the Premier League’s tourist clubs.

‘In which’ says Shea, ‘fans celebrate each match as some Dionysian event of utopian happiness. Fans, sporting face paint, dancing side by side and doing Mexican waves revel in the now, everyone having a great time. Football becomes a site of consumption: indistinguishable from going to the cinema or a nightclub with the point being to consume “happiness” via beverages, merchandise and gleeful dancing.’

The second model of fandom, one that is gradually being supplanted by the former, is that of football as emotional investment.

‘Or jouissance’ he writes ‘the latter loosely translated as taking pleasure from suffering. This is not meant in some sadomasochistic, Nietzschean sense but rather in a more quotidian context.  Any hard-core football fan will tell you that a goal scored in the 94th minute of a nail-biting, frustrating game leads to greater emotional arousal than a goal scored after ten minutes. It is because pleasure that is produced as a result of suffering (of 93 minutes of internally whispering to ourselves that a draw would not be that bad, of self-talk) acts as a release from tension, providing an infinitely more aroused “high” than a straightforward win. We “get off” on suffering a little bit; it is the reason why cyclists both relish and dread the uphill climb.’

Evertonians, rightly, shy away from the former and embrace the latter. The idea of going to the match as some sort of ‘entertainment’, an afternoon out in which your mood is hardly affected by the outcome, is best left to the great mass that descends on the city to watch our rivals across the park. Goodison is not football as pageantry, it is not some endless love-in, it is not like going to the pictures. It is an emotionally raw experience, one that can leave you elated or drained. And suffering goes hand in hand with that. You cannot have the highs without the lows, you cannot emotionally invest if all you want is a good time.

But this much suffering?  The club is taking the concept of ‘jouissance’ to its extremes.

Take the ending to Tuesday night’s game. Cruising at 2-0, totally dominant and facing an opponent that had not only failed to trouble the home goal, but which also did not have a recognised forward on the pitch. Not even the most pessimistic of Evertonains could’ve have foreseen an outcome in which, with only one-minute left, the side would concede two goals.

In the blink of an eye, Everton went from 8th and two points off fifth, to 12th and just seven points off the bottom three, our collective horizons narrowing in the process. That is quite a lot of suffering to endure, on the back of a season in which our endurance has already been tested to its limits.

You can only hope that, as the new manager tightens his grip on the club, days like Tuesday become less common. The capacity to implode has been part of the Everton psyche for a while now. Since sunshine Bobby rolled into town, the club has become capable of buckling, of self-immolating. That version of Everton, the side with the soft under-belly, the side that can blow comfortable leads and which can cause you to gape in disbelief, has been there too long.

Getting rid of it will not be an easy task. When people talk of ‘rebuilding’ they often refer to the tactical and personnel changes that take place. But for Everton, ‘rebuilding’ will also need to include the psychology of the club, the creation of resilient sides who can make dominance count, who can see out matches, who do not invite catastrophe.

The only positive that can be wrung out of Tuesday, and also the debacle of the recent Anfield Derby, is that Ancelotti is now aware at the scale of the task he faces. He has seen the club at its absolute worst. For six years, Everton have often been their own worst enemy, inflicting disaster when disaster was avoidable. You can’t imagine any other club in the league doing what Everton did Tuesday night. Implosion has become our ‘USP’, our signature bake.

It can’t go on. Suffering might be a part of the game, the shade that makes the light more enjoyable. But so much suffering? It’s hard to know how much more Evertonians can take. We need a break, we need less drama, we need a side that knows how to manage a match.

Ancelotti need to find an answer to that need. And he needs to find it fast.