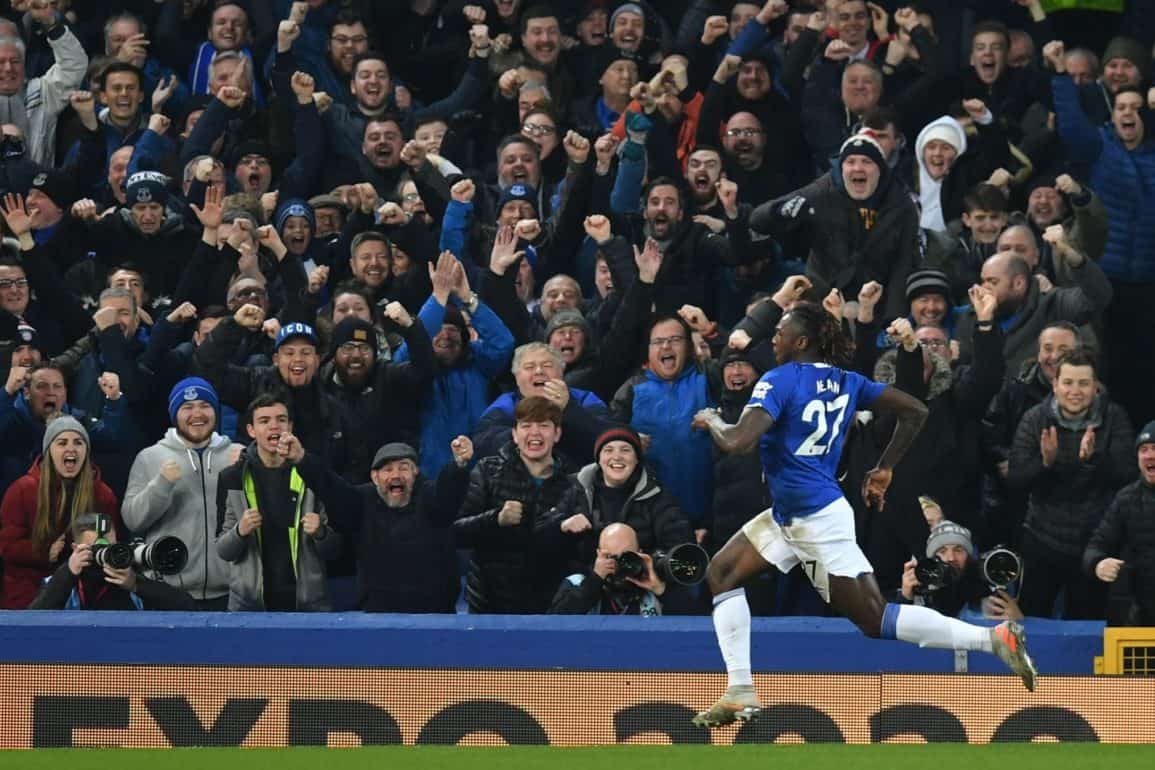 An much improved ninety minutes from the Blues saw them cursing to victory courtesy of a maiden first half strike from Moise Kean and a second half marker from Dominic Calvert-Lewin before an incredible four minutes of added on time saw the depleted visitors somehow snatch a point from a game they were never seriously in.

Tuesday evening footie at the Grand Old Lady saw a mid-table clash between the Toffees and Magpies with both sides struggling with injury problems.

The Blues under Carlo Ancelottti have taken ten points from fifteen and climbed to eleventh place and are ever so tentatively, looking at possible Europa League qualification.

Having been without Iwobi, Keane, Richarlison and Sigurdsson for the draw away at West Ham, in his Monday press meeting, the Don advised that only Michael Keane of those four had a chance of featuring against the Toon, but no unnecessary risk would be taken. In more positive news, he confirmed both J-P Gbamin and Andre Gomes were making good progress in their rehabilitation from serious injuries.

Asked about the form of Dominic Calvert-Lewin and his blossoming potential he added, “Of course he can play for England, no doubt. He has to fight as England have fantastic strikers, but he has the quality to be a great striker in and for England.”

A win over the Magpies would lift Everton into the top half of the table and looking to maintain a great home record over the visitors, the Don selected our starting line-up thus: Pickford, Sidibe, Mina, Holgate, Digne (c), Walcott, Schneiderlin, Delph, Bernard, Kean and Calvert-Lewin.

In the opposite dugout, Newcastle manager Steve Bruce had even greater injury concerns with social media wags mischievously suggesting he’d requested the fixture be made five-a-side.

Bruce deserves some credit for the job he’s done since being a fairly unpopular appointment at St.James’s Park, having dealt with considerable injury issues and yet steering his side clear of the bottom three and accruing eight points more than the same stage last season.

With Joelinton and Almiron having finally broken their scoring ducks, Newcastle have now lost Jetro Willemstad for the season and in his press conference, Bruce commented on defensive concerns that may force him into the transfer market this month. “We’ve been unfortunate, so maybe yes, we have to. Matt Ritchie played there on Saturday, but he’s just back after four months out, so we’ll have a look in that area as well. Jetro was just settling in well and adapting to life in the Premier League, he’s been decent for us, we’ll miss him.”

Under the Goodison lights on a cool, but not unpleasant evening, Simon Hooper was our referee.

Everton attacked the Gwladys Street end in the first half and a lively opening saw both sides looking to get forward. Everton though soon began to take charge of proceedings with Mina funding Bernard and his cross just too strong for Kean to get on the end of. Digne then played a neat one-two with Bernard but his cut back cross was cut out and cleared. Sidibe next fed Walcott and his low cross was missed by both Kean and DCL. It had been a much improved opening ten minutes, good pace and good movement from the Blues.

Just past the quarter hour mark, Delph looked to find DCL with the ball coming back out to Sidibe who fired a good first time volley that Dubravka saved well. Kean then linked well with Walcott to fire in a low shot that Dubravka was happy to turn away for the Blues first corner.

Bernard was causing the Toon all manner of problems and his cross looking for Mina won a second corner that Dubravka punched clear before Mina could get there. Newcastle responded with an Almiron cross needing Mina to head behind and Kean won good applause for his clearing header and chase that saw him hurry Dubravka into a rushed clearance.

It had been a good half hour for the Blues, only lacking a goal and it duly came as a ball forward to DCL was flicked inside to Bernard who instantly played in Kean. His first touch wasn’t ideal, but he instantly regained possession, took aim and Goodison roared its approval of his maiden goal as the ball found the bottom corner.

The Blues next raid saw Bernard go forward with options of DCL, Kean and Walcott ahead of him, he chose DCL, but his curling effort was wide of the target.

Into the final five minutes of the first half and Longstaff found Hayden in space on the right for a cross that Joelinton met but headed over the bar. Almiron with a neat turn left Mina floundering, but Sidibe got back quickly to clear the danger, and the Blues took a well deserved lead to the dressing room at the interval.

No changes by either manager for the second half as the Blues attacked the Park End. And the Blues slipped back into gear with a good early break by Kean to find Bernard on the left, he delayed his cross that saw Dubravka happy to hack clear.

Some lovely one touch passing by the Blues involving Schneiderlin, Kean and Walcott led to Bernard getting into the penalty area only to lift his close range effort over Dubravka and the crossbar.

The much improved Blues doubled their lead on 53 minutes as Delph found Digne and his slide rule pass into the area found DCL who hit a lovely second beyond the reach of Dubravka.

Digne played DCL into space on the left flank and his cross found Kean but his header lacked the power to trouble the keeper. Clark was booked for a clumsy challenge on Walcott and the Toon made their first change, Atsu replaced by Krafth.

A good move saw Schneiderlin find Walcott to relay the ball onto Sidibe, his cross was too strong for DCL and he was booked for a challenge on Longstaff as he looked to break away. On 70 minutes, Lejeune came on for Clark and a minute later, Goidison gave Moise Kean a standing ovation as he was replaced by Seamus Coleman.

DCL played in on the right flank worked the ball inside to Bernard whose shot from twenty yards was turned round the post by Dubravka. The Blues were keeping the pressure on and won another corner as Dubravka turned away a good shot from DCL. The corner came back out to Digne and his low second effort saw Holgate put the ball inches wide from close range.

Schaer was the Toons final change, replacing Joelinton on 77 minutes. And on 82 minutes, Bernard got a well deserved and lengthy standing ovation when he was replaced by Tom Davies. The Blues final change came on 88 minutes as Oumar Niasse came in for a late cameo replacing Theo Walcott.

Newcastle incredibly snatched a point with an injury time double from Lejeune as first, a corner wasn’t cleared and he scored on the turn from close range and then a late, late free kick caused panic in the area and he forced the ball over the line again to deny the Blues victory.