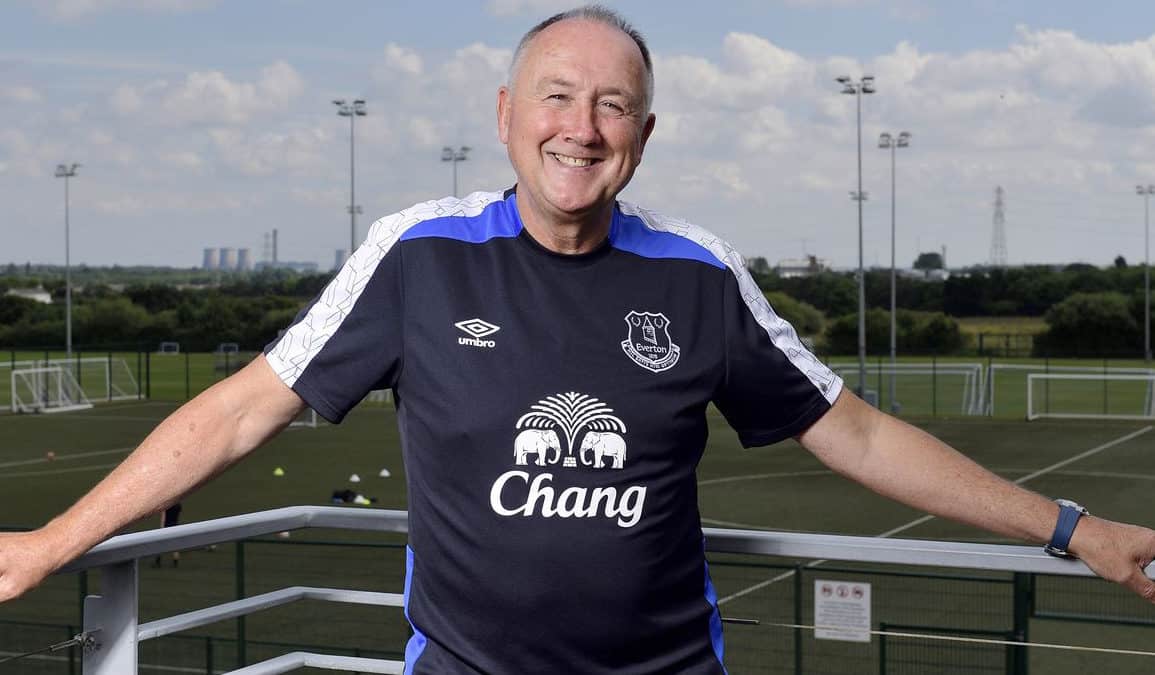 A prominent criticism of Everton post Moshiri has been that the club has mis- spent enormous sums of money. It is a conclusion that is not without merit and opens up wider questions about the performance of the clubs consecutive Directors of Football (DOF) Steve Walsh then Marcel Brands. While there is little doubt that prudency in spending money (both in gross and net terms) is central to any evaluation of a DOF performance it is also important that efforts are made to do this as dispassionately and clinically as possible. For this reason I have adopted the use of independent transfer site transfermark.com. Not only does this keep a list of each transfer made across Europe from each club, but also gives an estimated value of each player and finally each club. This should allow us to assess the 4 years since Farhad Moshiri entered and perhaps understand the performance of his two DOF better. We can also challenge the initial hypothesis that money has not been spent well enough in the last 4 years which is a recurring theme amongst supporters perceptions.

Farhad Moshiri arrived at Everton to much fanfare and bold statements. To a degree both were justified. The Iranian billionaire had promised big spending and has clearly delivered on that promise (though perhaps not to the heralded Manchester City/Chelsea impact of spending that had been muted).

The league had just been won by 3000-1 outsiders Leicester City. There was an a sense that the orthodoxies that had surrounded football (notably who were the teams who could challenge) were being questioned and it looked an opportune moment to buy a football club if ones intention was to compete.

According to the transfermarkt (TM) data they had a squad value of £217 million. This placed them 7th in the league, around 76% of the side in 6th and 58.4% of the top placed side. Given the ambition and clout of the owner, this was not a wholly negative launchpad to begin from.

The club moved to hire it’s first DOF and elected, after some time to move for Stave Walsh. In Walsh’s favour he had been heavily involved in recruitment at Leicester since 2008 and during that time they had moved from the 3rd tier to champions of England. However during this time he had never formally filled the position of DOF (he was labeled an assistant manager) and tended to specialize in buying cheaper, less well known gems who could then be turned into stars over a longer period.

However there were reasonable grounds for optimism on 3 grounds. Firstly the club were not enormously far behind not just the 6th wealthiest side, but also the side first. They had money to spend (alongside any lucrative sales of players) and had appointed a DOF who had played some part in a remarkable rise of Leicester.

In general the sense of Steve Walsh was that he started ok and had an awful 2nd season. The numbers would perhaps suggest that the gap in performance may be a little closer. There was a modest increase in the clubs value (growing from 217m to 228m) showing a modest increase of £11million pounds in terms of overall value. While the club remained in 7th place the gap to the 6th best side had grown (68% value compared to 76% a year earlier) and the same with the top team (58% had reduced to 48%). These numbers would hint to me that the poor fiscal performance set in before the summer of 2017.

The underlying numbers are also not overly kind to Walsh. He had spent a total of 77 million (while not the game changing sums of money perhaps mooted initially after Moshiri’s takeover) far from an insubstantial amount of money yet the value of the team had barely shifted. A defense could be offered on the basis that he had recouped money back well and that his net spend was just over £20 million. There are a couple of worthwhile caveats to this. Firstly, John Stones market value at the time Everton sold was £25 million while the sale was counted at £50 million (which is rare for TM who normally avoid adding any fees due on transfers and thus provide figures that can be a little lower than other outlets). So while he attained a good price for Stones, I would question how much involvement Walsh had in this and how much credit ought to be directed at Walsh. This is arguably the single best bit of activity the club did in his first year in charge from a monetary viewpoint.

When evaluated in it’s totality though, Everton’s spend of £22million had only translated into an £11 million increase to team value. It is true that value had been added, but not at a rate of £1 for £1 that you would assume to be a worthwhile starting point. In his first season Walsh was getting under 50pence of value in terms of team value for every pound spent.

The numbers presented for Walsh’s 2nd season are a little curious. Essentially they are not as negative as one would immediately associate. Across the 2 years he was at the club the net spend is 91million and the increase in team value is 92million, so almost at a £1 for £1 spend. Everton remain 7th, though the gap to both the top 6 and the team top of the league is continuing to grow. Everton are 69% of the 6th best team (which is consistent with the previous season) but just 40% of the side who are top. You are beginning to polarisation within the top 6 teams and perhaps a recognition that 6 don’t go into 4. The difficulties of Arsenal, Manchester United and increasingly Tottenham this season are perhaps the medium term consequences of this trend that is beginning here.

As for Walsh and Everton they are peculiar numbers. The first point I would make is that it doesn’t take into account wages. While players such as Klaassen have only seen a slight decline in book value (he drops from £16.2m to £13.5m) and Sadro (who’s value remains at £9m from the moment we buy him to the following summer) we are aware that the wages they have been given make them very difficult to sell at anywhere near that market value (if at all). To a degree it’s a limitation of the model, and when viewed alongside the spiraling wage costs (which have not massively increased under Brands) it perhaps prevents a clearer analysis of the limitations of the 2 years. However on figures we paid to buy and sell players we are left with a more opaque conclusion and not one we can immediately use to generalize from that money was spent as horrendously as we might first suggest.

Alongside the difficulties in the model, it is also true that Walsh again sold well. They receive a £76.23m price for a player valued at £45m in Romelu Lukaku. Likewise Wayne Rooney holds a market value (MV) of £13 million but Everton are down to pay no fee for him. These are shrewd moves that help mitigate against depreciation in other areas.

As a final point, the squad value depreciates buy June 1th (when Brands officially takes over by £11 million to £298 million. There is always difficulty is assigning which point the season ends and for consistency I have utilized the May 15th date, so it feels wrong to shift it on this occasion just to look to criticize Steve Walsh (as it feels like confirmation bias). It is hard to pin this decline on anyone other than Walsh though as it feels more his responsibility. Had the secondary date been used, he would be at under 90 pence return for every pound spend. While there is no doubt value was added to the squad, at best it’s just in line with money spent and had a different date been used (2 weeks later) Walsh falls below this.

Overall though it perhaps suggests that more nuance is required in understanding the first 2 years of Moshiri’s reign under Steve Walsh. It would not be true or fair to say we went backwards if you were to view Everton in a vacuum. What would be fairer to say is that the level of improvement was not at the rate it could and perhaps should have been. In a league that was under significant inflationary pressures on team value’s Everton’s had increased at about 40% but few of the teams in the league (particularly outside of the top 6) spent in line with Everton either gross or net. From a trading viewpoint, I suspect Moshiri would have wanted to see his investment increase at closer to a 1.50 increase for every pound spent, and potentially even as high as 2 pounds increase for every pound spent. Had Walsh have got close to the latter figure, Everton would have been within touching distance of the 6th placed side, which feels like the first hurdle to climb.

There is a sense of a big opportunity missed for Everton between 2016-2018. Had Everton been able to double the MV of the team for every pound spent it would have seen an increase of £182 million between the two years taking it to over £400 million in terms of overall value by 2018. On 2016 figures that would have taken Everton into 3rd place, within touching distance of the top 2 teams (at the time Manchester City and Chelsea). Yet what is perhaps lost from such an analysis is 2016 was very much a low water mark in terms of performance for the top teams. The recruitment of Klopp, Guardiola, Mourinho & Conte alongside the impressive work Pochettino saw the teams above Everton accelerate away quicker than Moshiri’s investment and Walsh’s handling of it could match. In a race few stand still, and that while improvements were made they are were ultimately insignificant when compared to rivals ahead of in the league.

Life is rarely black and white and statistics rarely give unanimous conclusions. There are limitations at just looking at cost of signings alone (wages is arguably as important an indicator). However parts of Everton did well during the period was the sale of key assets (Stones & Lukaku and Ross Barkley too had his moved been finalized for £35 million). In the next addition I will look at Marcel Brands time but it is an area that he has not yet massively delved into, but it may become a necessity if we wish to continue to progress forwards. For Walsh the numbers present a performance that had positive elements, but was inconsistent and ultimately didn’t deliver improvements at the scale that either the spending warranted or the club required.