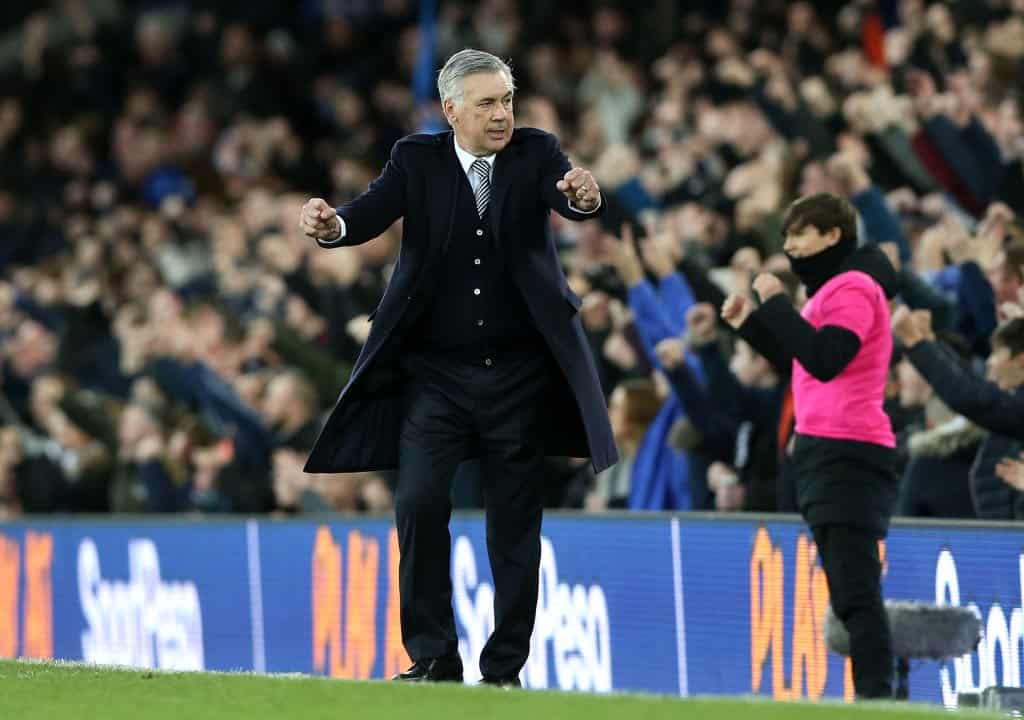 Carlo Ancelotti was pleased with Everton’s performance for 60 minutes in todays win over Brighton.

Ancelotti: “The most important part of the day was the result.

“The performance for 60 minutes was good. We were a bit slow at the beginning to build up from the back but after that we were in the game, we could have scored a second one, but naturally at the end when we are only 1-0 up we had more difficulty controlling the game.

“But everything was OK, we defended well, suffering a little bit but absolutely normal.

On being asked whether he was pleased with the reaction from his players following a dismal performance at Anfield, Ancelotti said: “The reaction was good, of course, but I think my idea is we that don’t have to react, we have to act.

“The fact we had to react means before we didn’t act well.”